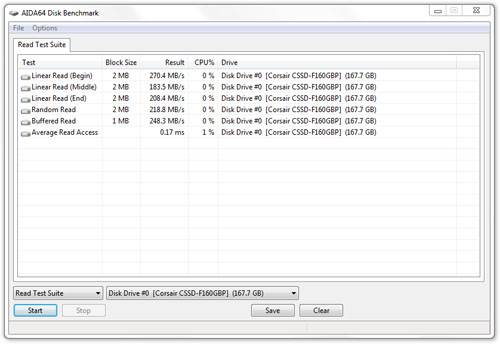 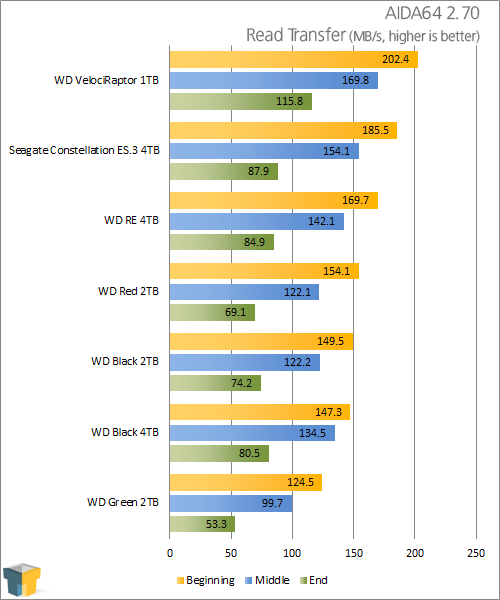 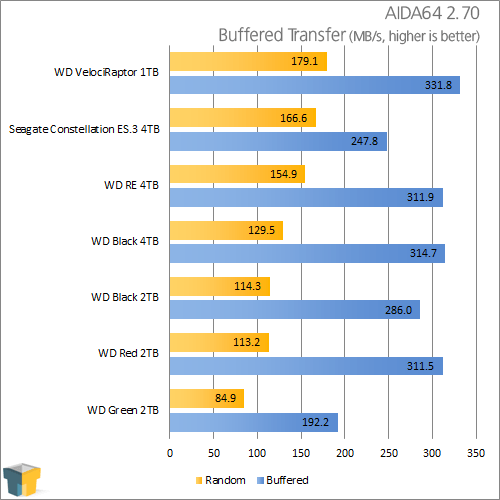 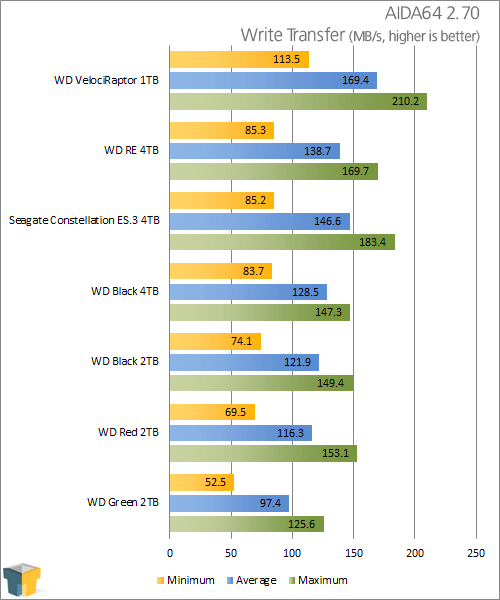 Not one to break from tradition, AIDA places Seagate’s ES.3 drive ahead of WD’s RE, though the RE managed to deliver a far more attractive buffered result – strange, given the Seagate has more cache. 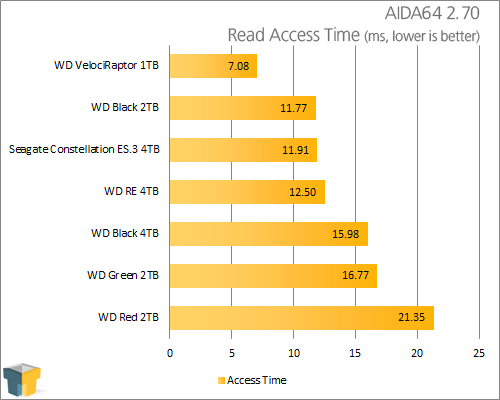 Though the ES.3 drive “wins” this battle against the RE drive, both come out as equals as far as I’m concerned. Nothing can remotely touch WD’s VelociRaptor where mechanical latancies are concerned – at least on the consumer side.