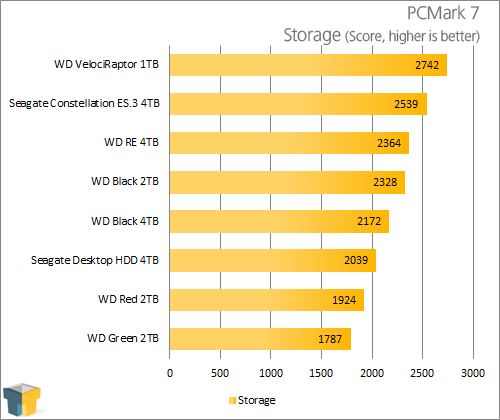 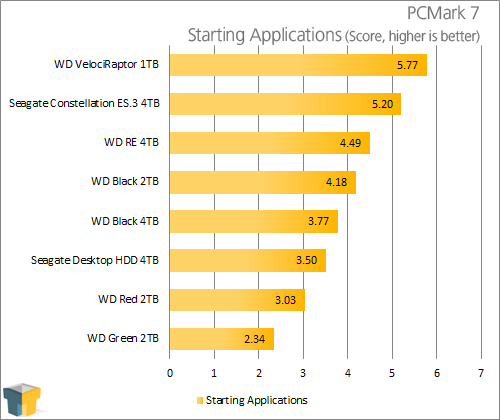 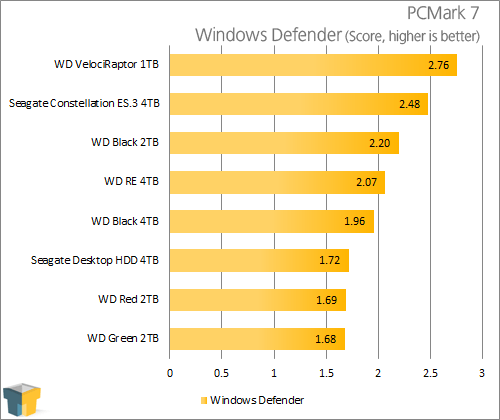 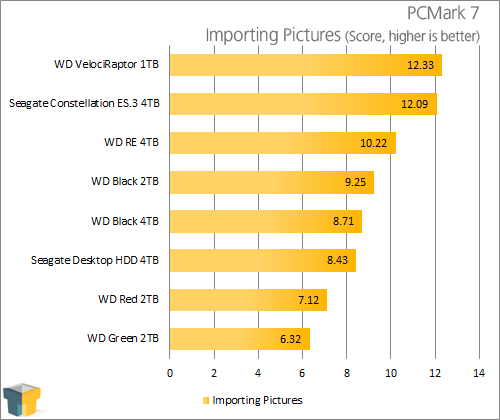 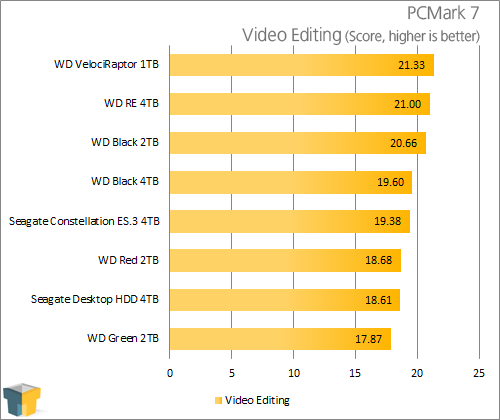 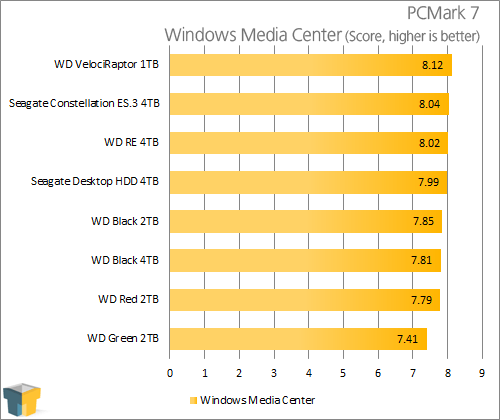 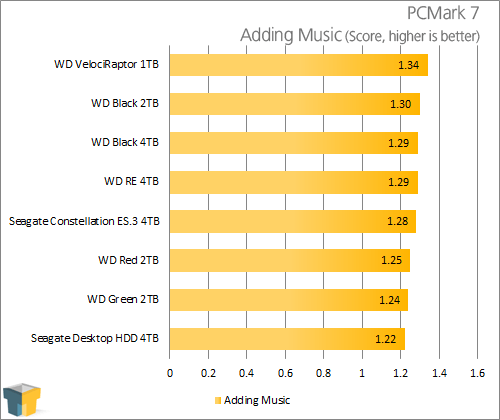 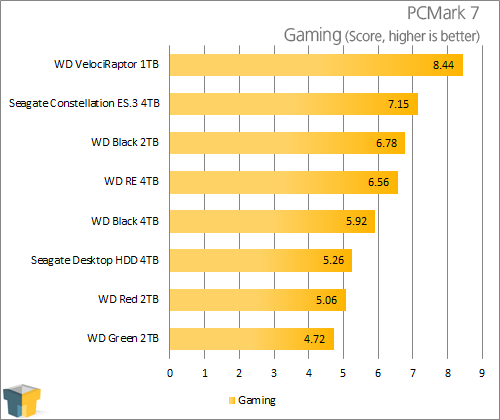 Compared to WD’s Red and Green 2TBs, Seagate’s Desktop HDD.15 sits comfortably in the lead (albeit by a mere ~5% over the Red). Both the Red and Seagate’s drive include 1TB platters, so Seagate’s gain is notable. We’ll see if this trend continues with our further testing.