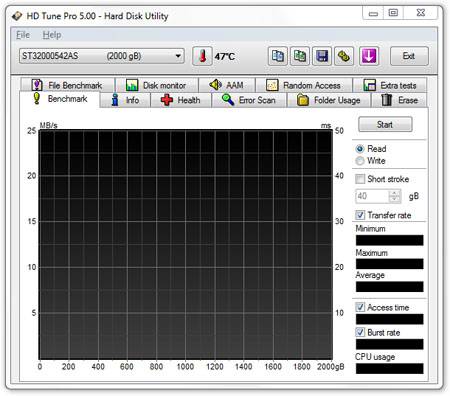 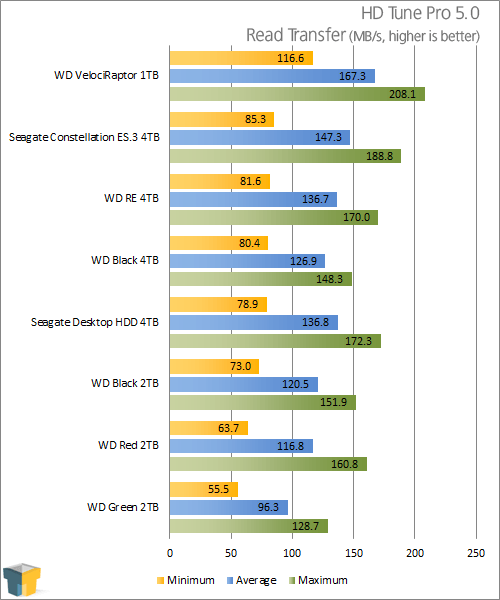 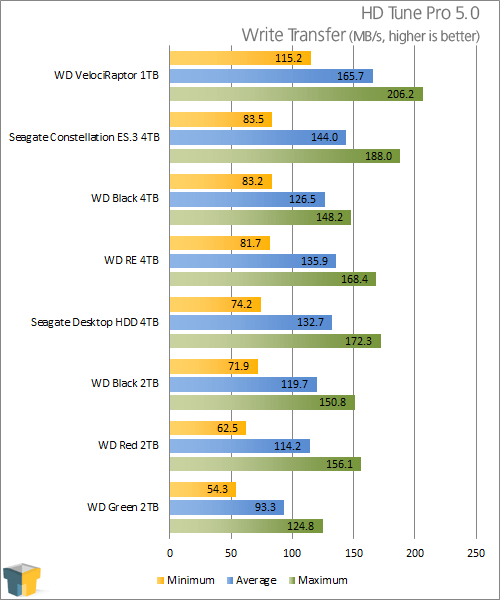 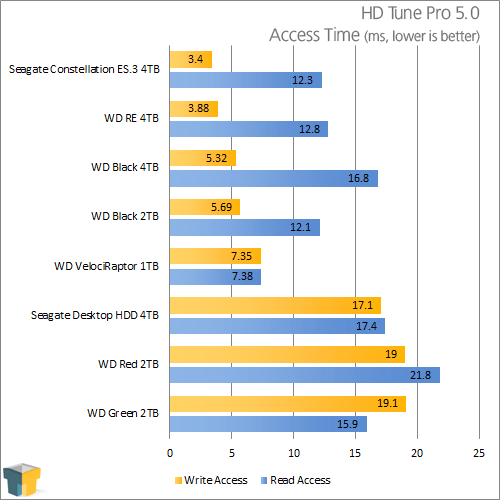 It’s cases like this where the benefits of having beefier platters over faster spindle speeds works out to a drive’s favor (but of course, both would be best). WD’s Black 2TB uses 500GB platters vs. 1TB, which allows Seagate’s drive to deliver better performance despite its 5,900 RPM speeds.

On the other side of the coin, the larger platters do nothing to improve latencies when there are four of them for the head to traverse. In this case, Seagate’s drive clocked in at 17ms versus 5.5ms (read) and 12ms (write) for the Black. Compared to the other 5×00 RPM drives, Seagate’s performs as we’d expect. 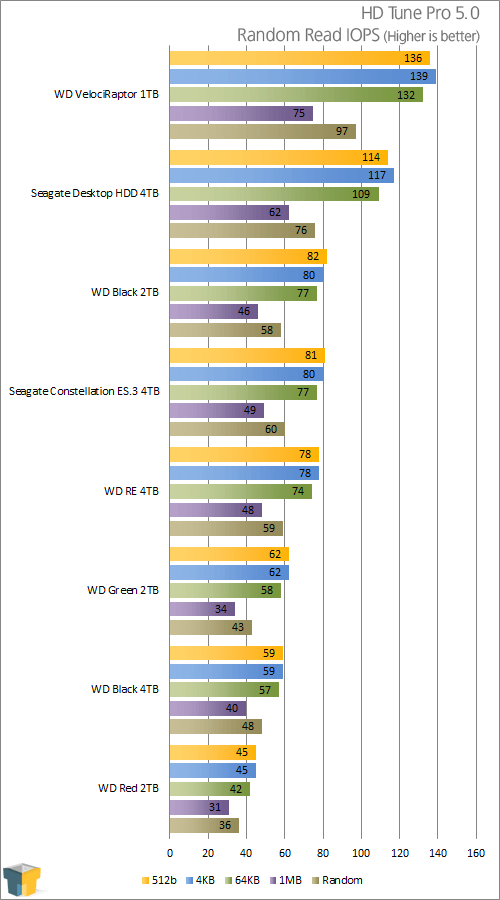 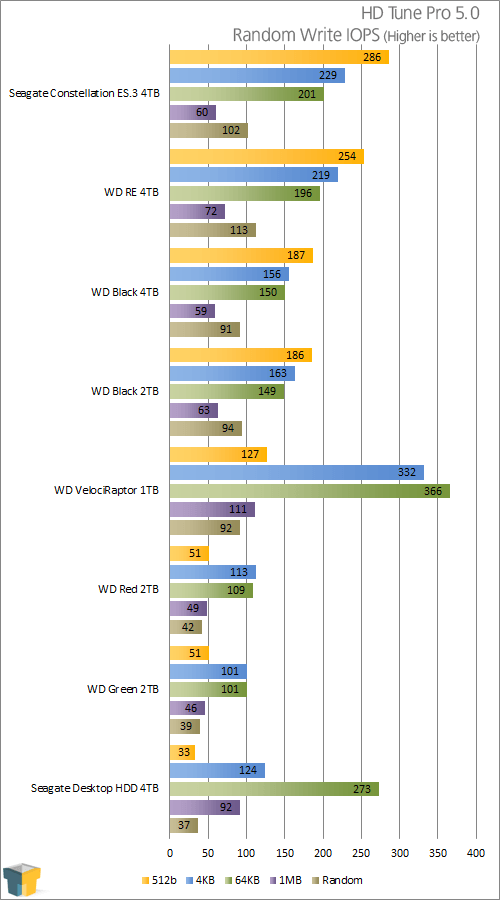 Here’s where things get a bit interesting. In our read test, Seagate’s drive cleans house – easily. It slots right in behind WD’s VelociRaptor. Really. The performance isn’t quite as impressive though with regards to the writes IOPS. Seagate has clearly tuned this drive for 64KB operations (which for a drive of this size I completely agree with) – so for the best performance, make sure you format it as such, unless you really need 4KB clusters (eg: if you insist on installing an OS to the drive).