Unlike previous hybrids, Seagate states that the SSHD can cache both reads and writes, although the company notes that its algorithm will favor random accesses over sequential ones. Judging by our results, cache eviction was still a problem for the Hybrid drive. That said, it isn’t unexpected given our benchmark suite will read and write significantly more than 8GB of data just per single run. For everyday use, 8GB of cache should just be big enough for the average consumer or daily office job.

The facts are: the standard user doesn’t actually load new data as often as they constantly reload the same programs and same data files, especially where browsers, email clients, and office productivity programs are concerned. Basically, the more often the same programs get used, the larger the benefit those programs will receive. A heavy power user will probably experience cache eviction problems too frequently with 8GB of cache, but they would have also likely migrated to an SSD in any case.

Admittedly, I was initially a strong skeptic when I first heard about Seagate’s new SSHD launch. The past issues regarding the XT prices meant that there seemed to be no place for it in desktops, users could buy an SSD for the asking price and just get a storage drive later. Another problem was that 4GB of cache was simply insufficient for any reliability in caching performance, and even for laptops the premium was hard to justify. 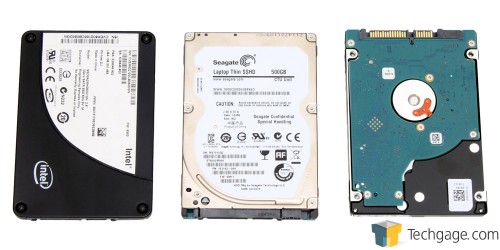 Then as the launch drew near and I saw the launch day prices for the SSHD family, I began to realize I was approaching the subject from the completely wrong angle. Instead of seeing how much less performance an SSHD gives compared to an SSD, think of it as how much additional performance does an SSHD deliver as compared to a mechanical drive. Because when the difference between them is a mere $10-15 dollars, the only focus should be on what they will get you versus a regular mechanical drive.

After it had a few runs to first adjust its caching patterns, the 5400RPM Laptop Thin Hybrid drive was able to tie or outperform our 7200RPM desktop drive in the majority of our tests. Given many laptop drives are still 5400RPM in speed, it may be obvious, but it is worth noting that at this point there is simply no reason to not choose a Hybrid if already buying a 5400RPM drive. Best case, they would likely see their boot times cut literally in half and have their most-often used programs launch tangibly quicker. There are a couple 500GB 7200RPM drives with a svelte 7mm height on the market, but they are few and far between. Even Seagate has already gone on the record stating they would discontinue making 7200RPM laptop drives as they foresee the Hybrids offering a better performance.

As beneficial as SSDs are, they still come with a tremendous price premium over magnetic drives. One can buy a 60GB SSD for the same price as the $79 MSRP of the 500GB Laptop Thin Hybrid, but I suspect very few people could manage to get by with just 60GB of storage on a laptop, or more accurately closer to 40GB with Windows installed. The 7mm height Laptop Thin Hybrid commands about a $15 premium over the cheapest 7mm laptop drive of equal capacity, while doubling the capacity to 1TB only adds another $20 to the price. 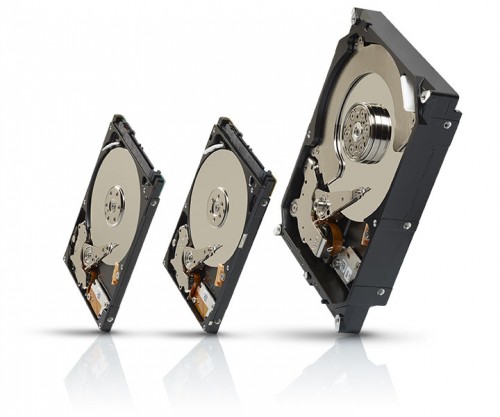 Seagate’s Hybrid is an interesting approach, one which that hopefully OEMs will begin incorporating as an option in their systems directly, because in all fairness the Hybrid isn’t a product one should buy unless they are either 1) already in need of a replacement drive,  or 2) deciding whether to spring for one as part of a new system. If the consumer is buying to simply replace a working HDD then they would have the ability to, and be best served by saving up a little longer until they can spring for a full 120GB SSD.

For desktops, I am not yet convinced, but for laptops where a single drive is the only viable option then the answer is most definitely “yes”. If already in need of a drive then investing $10-15 more for a hybrid drive seems like a no-brainer when an SSD simply isn’t an option. Performance won’t equal a solid-state drive and large data transfers will take a slight hit as well, but it will be better than even a 7200RPM drive where it counts. Users can expect noticeable improvements in their most often used applications and enjoy significantly improved boot times as well.

Seagate’s SSHD lineup is an intriguing new alternative that attempts to bridge the divide between SSDs and HDDs. It offers the capacity of a traditional drive yet throws in the allure of near-SSD performance for just a marginal increase in cost. If you are in the market for a laptop drive and an SSD is out of the question, then Seagate’s Solid-State Hybrid Thin 500GB is the drive to get. At this point there simply is no reason to choose a regular 5400RPM laptop hard drive at all anymore, as Seagate’s Hybrid Thin 500GB costs a few dollars more but can offer considerable boosts in performance where it counts the most.