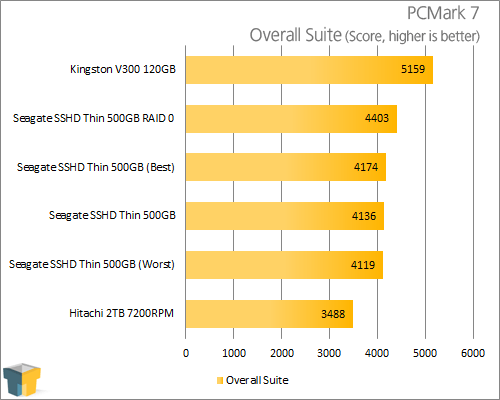 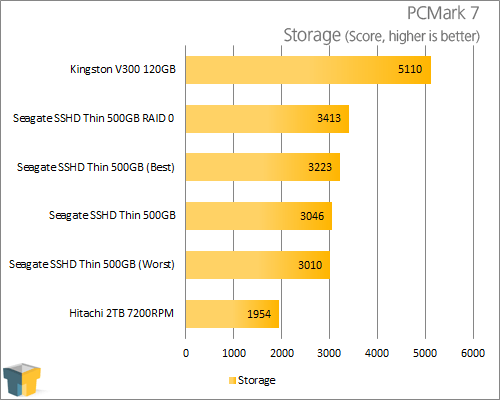 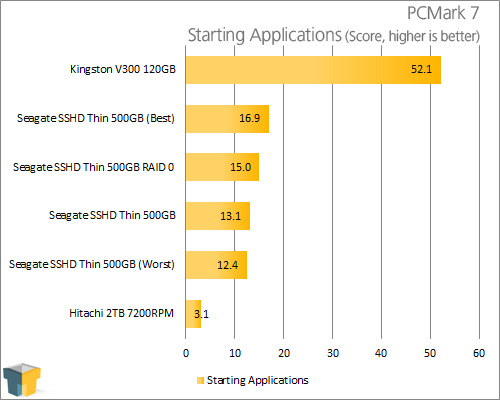 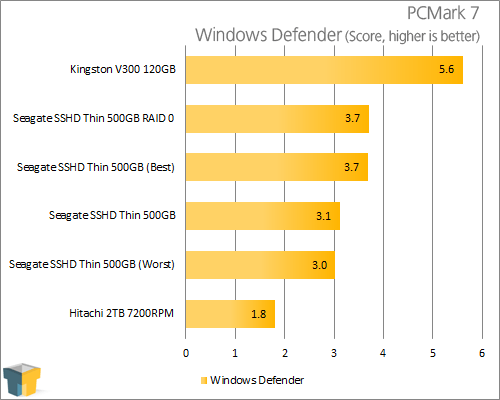 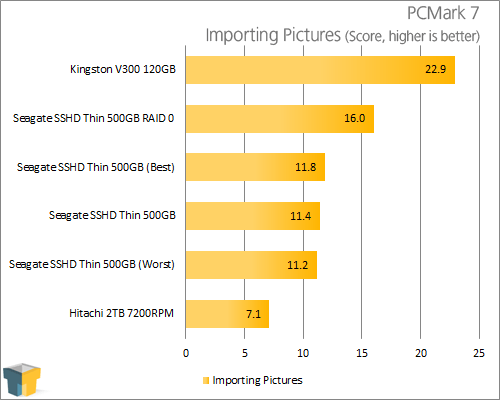 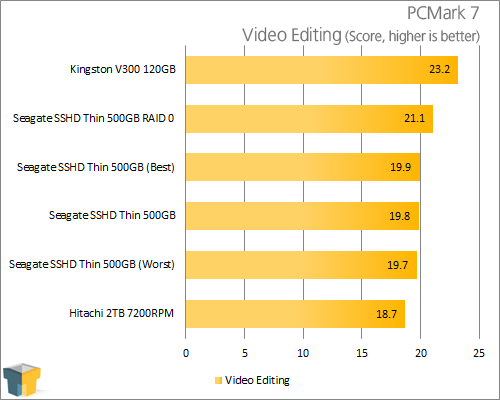 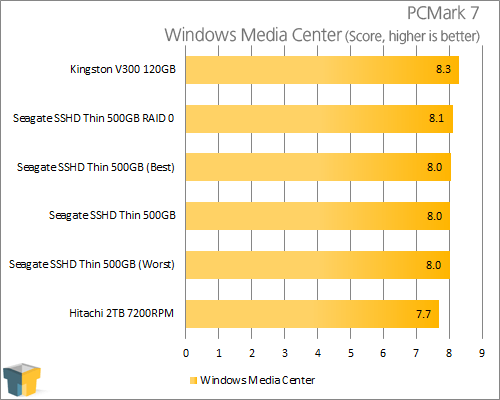 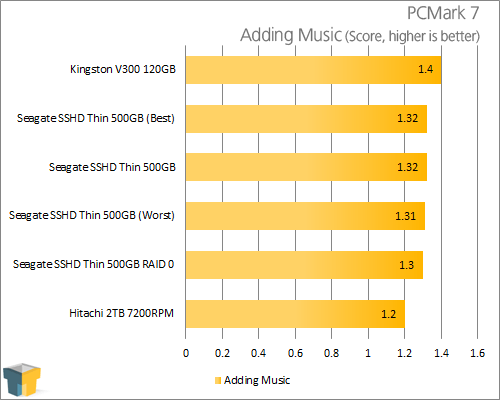 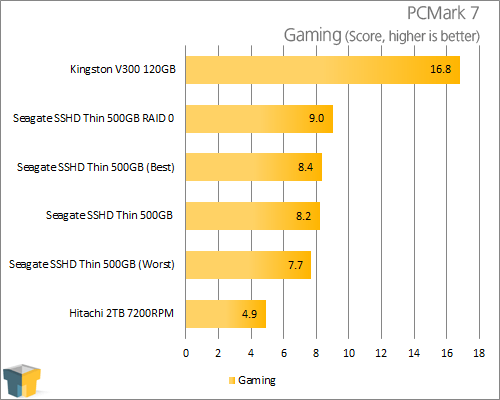 If you missed it and are wondering how to interpret our graphs, check back to the last two paragraphs on the first page! Now jumping into our results, the SSHD Thin shows some fairly consistent results in the PCMark tests, although the “best” results give a considerable improvement in the gaming and application load subtests. When the right data is in the 8GB cache the SSHD Thin can post a best time that is faster than its average result in RAID 0.

The overall PCMark Suite score gives us some telling results. Despite its slower rotational speed and tiny 7mm single-platter design, the “Laptop Thin” not only surpasses the desktop hard drive, but delivers an average result closer to the SSD than the HDD. Obviously, as we delve deeper into the actual storage tests the SSD begins to pull away from the SSHD, but we can clearly see that the claim of near SSD-like performance has merit.

Between a 7200RPM mechanical drive and a 5400RPM SSHD Thin, it’s clear which one people would prefer to have. The SSHD Thin result easily outperforms the HDD result in every single test and by a considerable amount in the Application Load and Gaming subtests in particular. I guess rotational speed isn’t everything!