Originally developed by Intel – and since given to the open-source community – Iometer (pronounced “eyeawmeter”, like thermometer) is one of the best storage-testing applications available, for a couple of reasons. The first, and primary, is that it’s completely customizable, and if you have a specific workload you need to test a drive with, you can easily accomplish it here.

Secondly, it bypasses the Windows disk subsystem entirely, meaning it bypasses the OS drivers and writes directly to the storage media. This has important implications, such as it means Windows 7 cannot correctly align Iometer to match the SSD or HDD sector alignment. 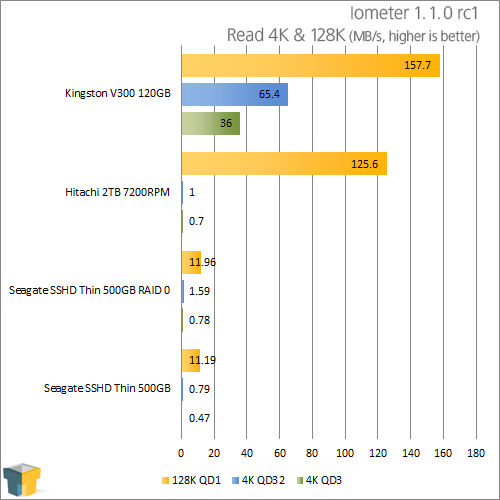 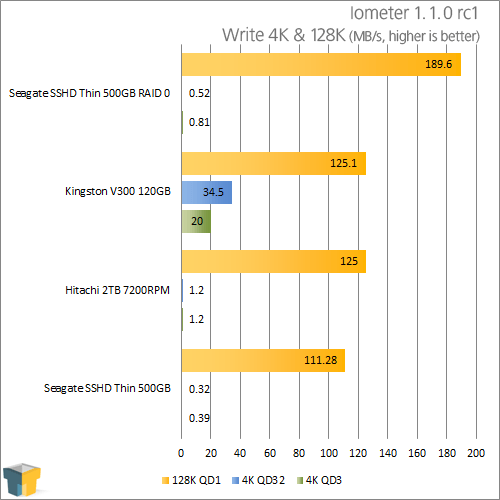 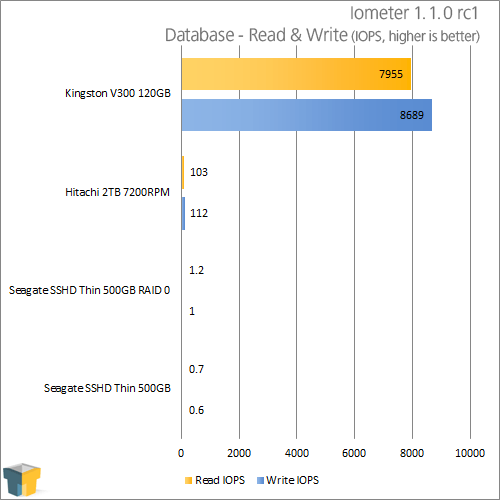 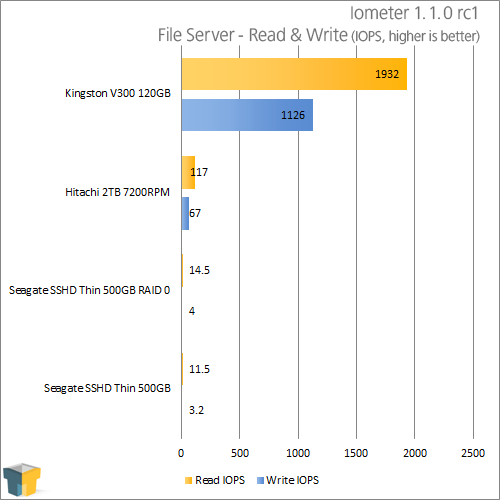 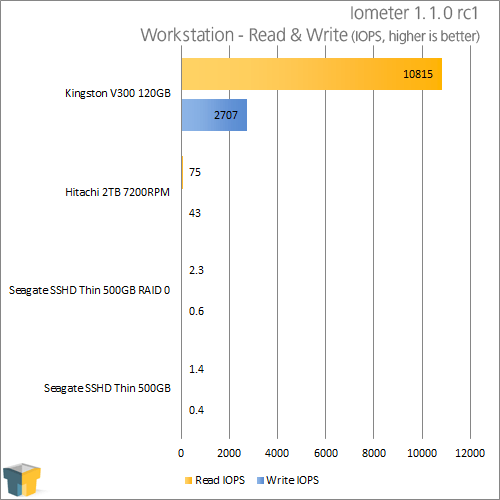 We run Iometer once; five minutes for the file access tests and ten minutes for the three suite tests The program averages the results. We won’t have Best or Worst times for this test, not that it really matters as Iometer is a program designed for massive server disk arrays and SANs, not single mechanical disk drives.

Despite this, the SSHD manages to give marginally better random read 4KB results than our desktop drive and nearly matches it in sequential performance. The random write 4KB results are actually 4 times better than the desktop drive as well which is surprising.
The three Iometer suite tests are not intended for mechanical drives and would normally be seen for large RAID arrays or SANs.