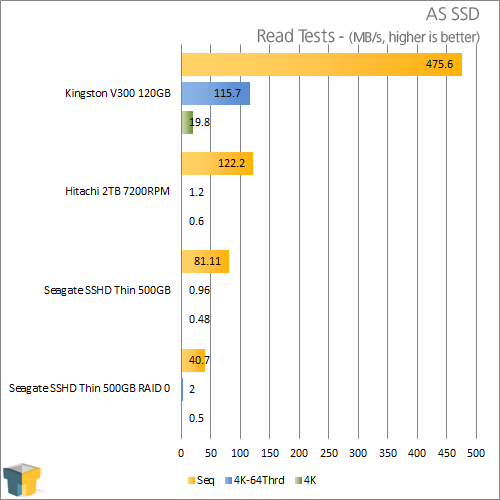 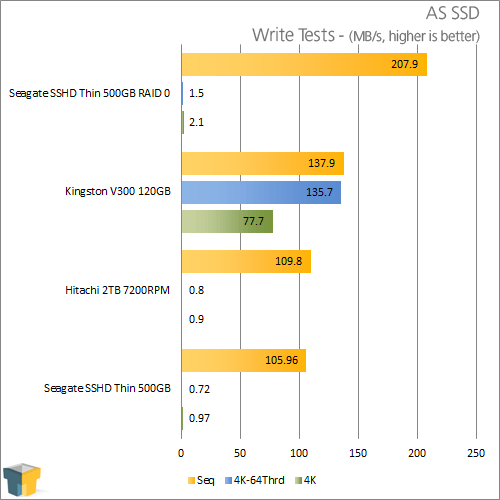 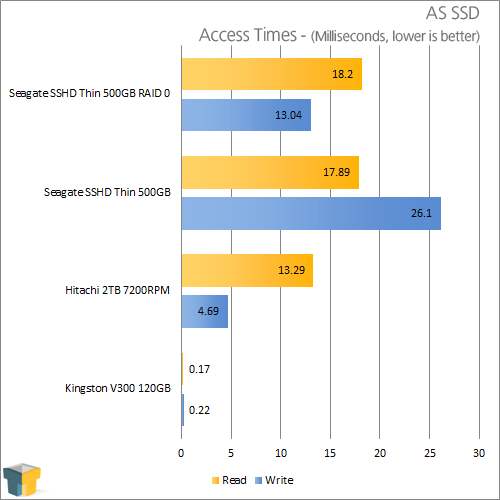 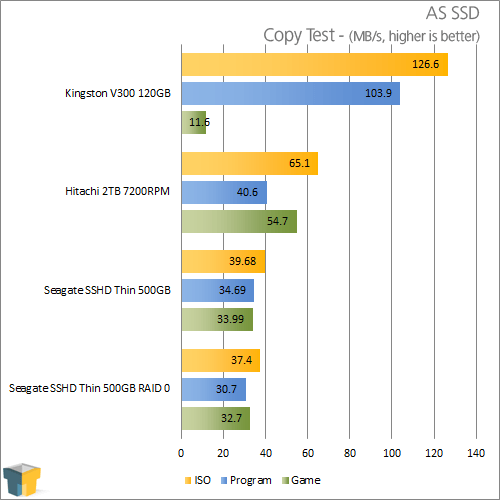 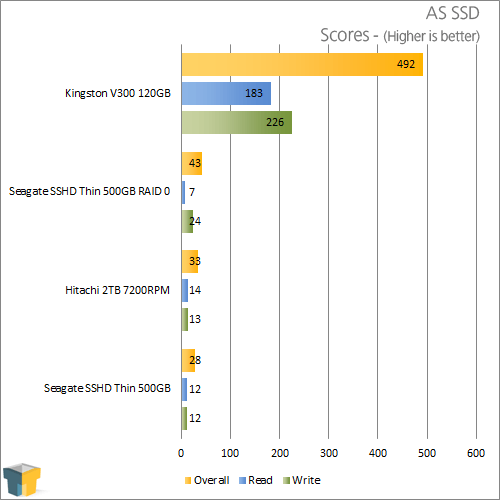 AS SSD is another test not designed for mechanical drives, and when we say that, we mean it. A single AS SSD run would take seconds on an SSD, but required two full hours on the SSHD due to how the testing is conducted. As such we only did two runs and reported the best result. Curiously, the RAID 0 setup fared even worse in the sequential read test, although we did three runs just to be sure.

The SSHD isn’t able to cache anything in the Copy tests, and delivers results behind those of the 2TB drive. Overall scores are nearly identical between them, however.