HD Tune is still primarily an HDD benchmark, but we include it as an alternative for those consumers that prefer it for one reason or another. The free version does not perform write tests, but otherwise is available for free here. 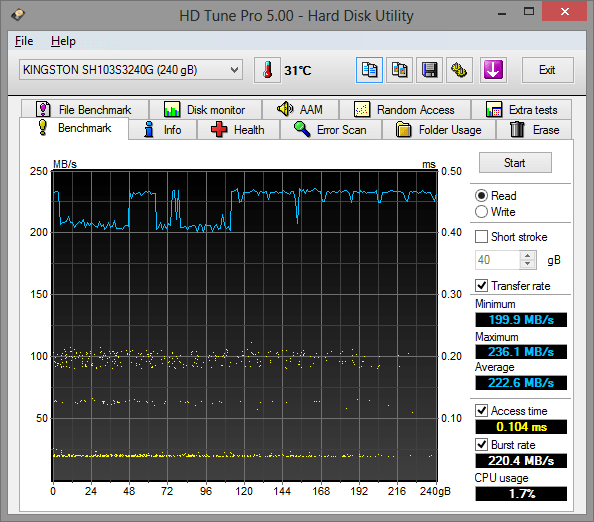 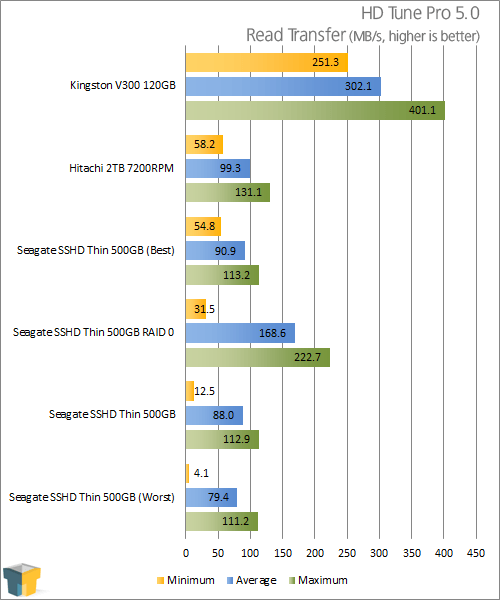 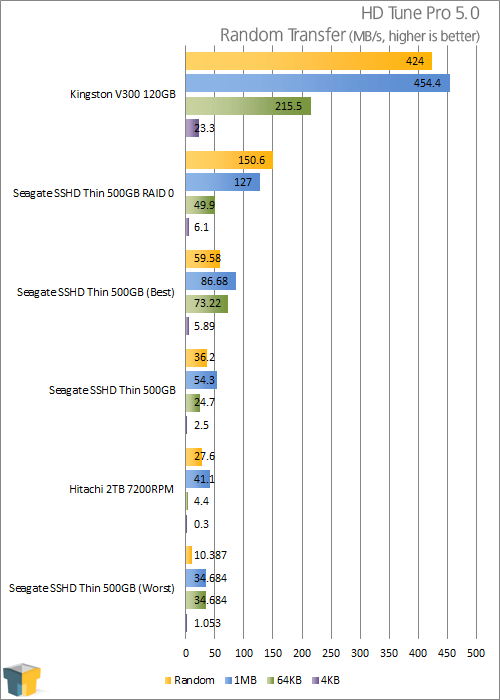 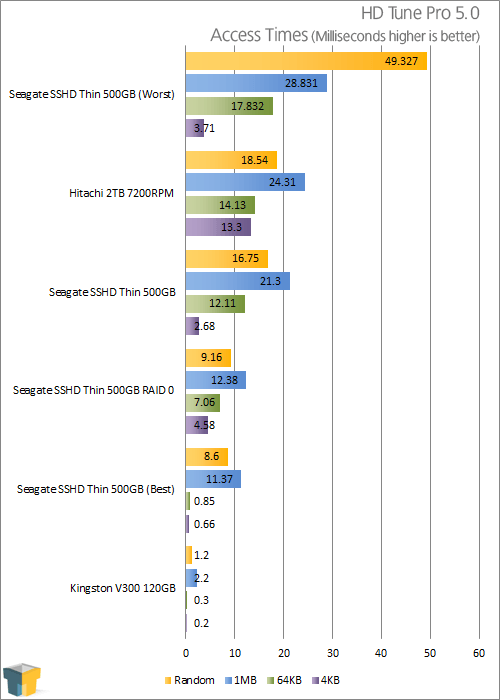 HD Tune, thankfully, is a tool designed for HDDs, but Seagate warns that it isn’t suited as an accurate representation of performance due to the caching mechanism that SSHDs use. As such it should be no surprise to see results once again mirroring the other mechanical drive, although the SSHD does deliver better random read performance.