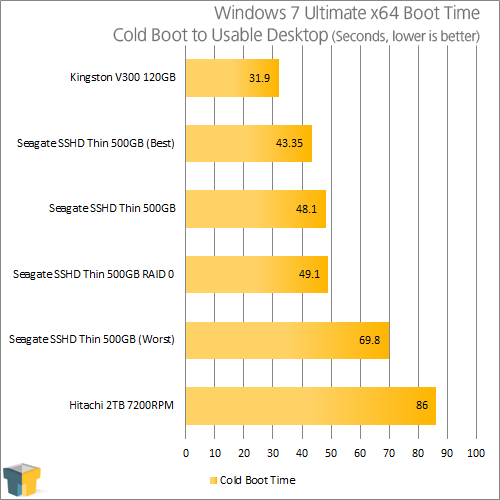 For boot times Seagate’s SSHD really shines. Worst case it is still faster than the hard drive, and on average it boots the system to desktop 44% faster. The best time has it delivering boot times that are in SSD territory. Once again we see that caching paying off, and further proof of that “SSD-like” performance claim.

For our new regimen we chose Portal 2 and Civilization V. Portal 2 is already a very well optimized game, but it’s immersive, so we time how long it takes to load the sp_a2.bts6 custscene. With Civilization V‘s recent overhaul to game storage files to help decrease load times, and the new option to disable the intro movie trailer, it becomes possible to time how long it takes to start the game. 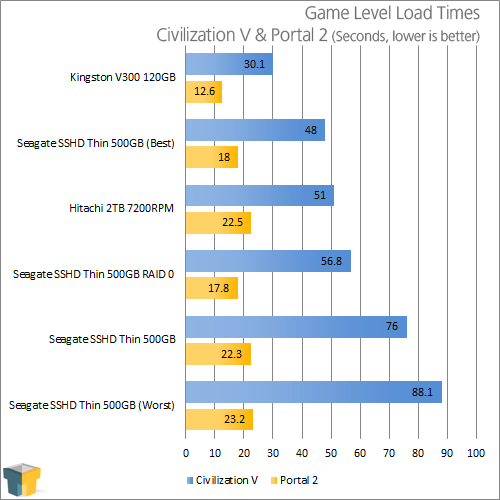 On average the SSHD fairs a little worse than the 7200RPM drive, but ends up being 3-5 seconds faster with its best time. Although the worst time in Portal 2 still ties the HDD, there was one run in Civ that faired considerably worse.