Futuremark’s PCMark benchmarking suite should need no introduction – it’s been a staple of PC benchmarking for the better part of a decade. PCMark offers a range of tests to gauge every aspect of a computer’s performance and presents it in a simple final result. Thankfully, it also breaks down the overall score with individual subsystem scores (such as Memory, Storage, et cetera) in addition to providing individual test results. 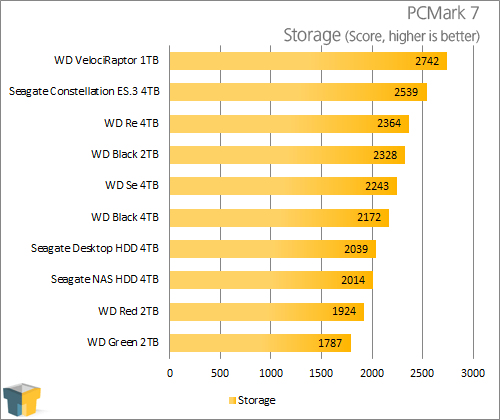 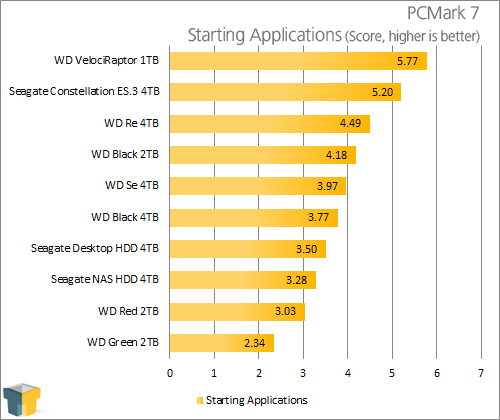 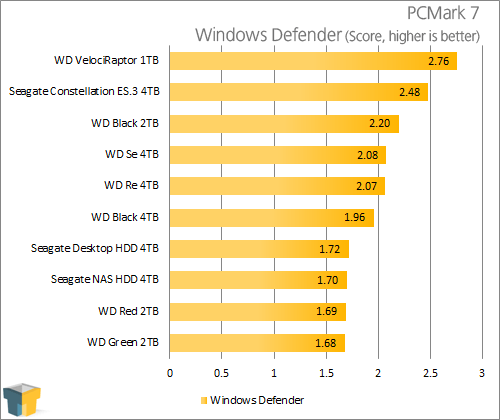 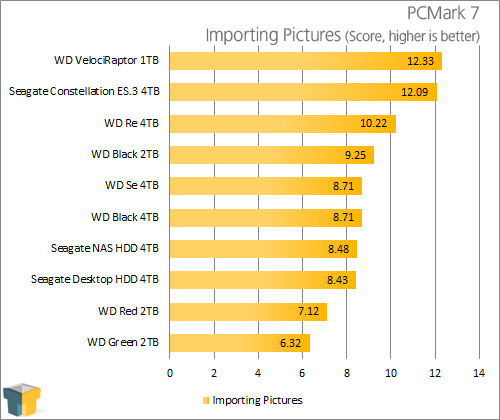 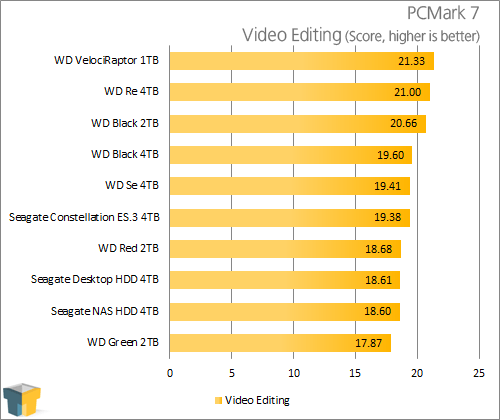 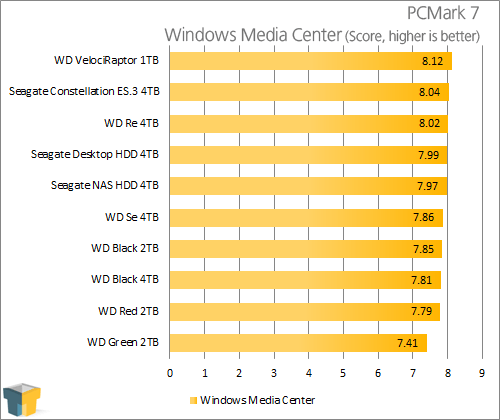 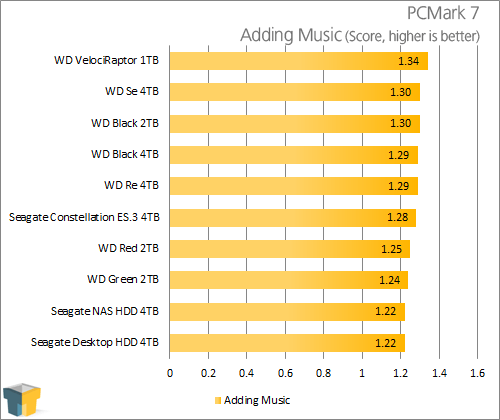 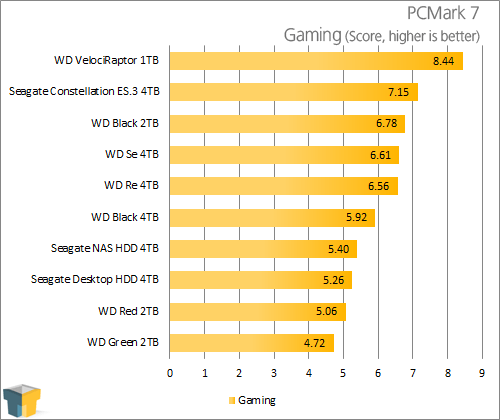 Because our WD Red drive is 2TB, and the Seagate NAS HDD is 4TB, comparing the two head-to-head is a little unfair. That said, Seagate’s offering does come out on top in all but two of the tests here, with a 4.6% improvement in the overall Storage Score.