One of the most common tasks that someone will tackle with a storage device is transferring data, so to see what our collection of drives are capable of, we take a collection of solid files and folders and transfer them from our super-fast SATA 6Gbit/s SSD to each hard drive. Then for good measure, we copy a file and folder on the same drive. Both our files and folders come in 4GB and 16GB sizes, with the folders holding between ~5,000 (4GB) and ~20,000 (16GB) files. 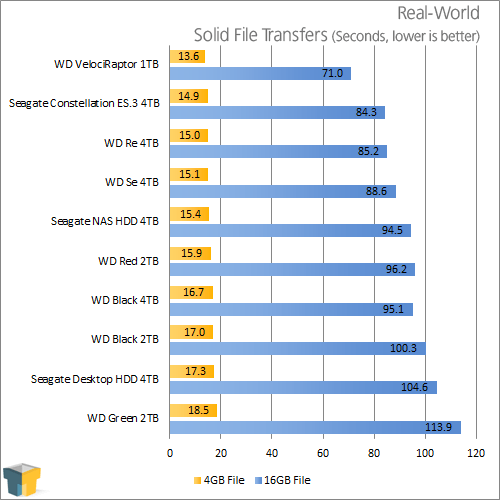 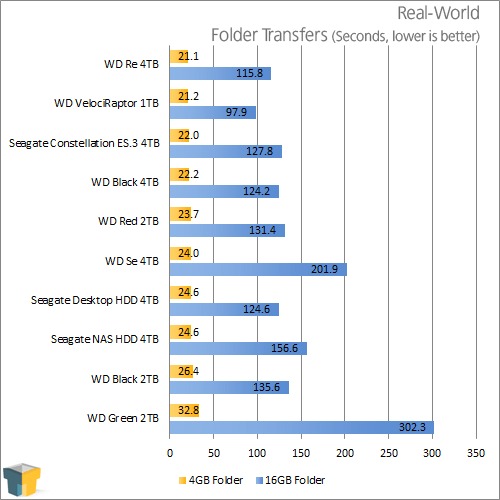 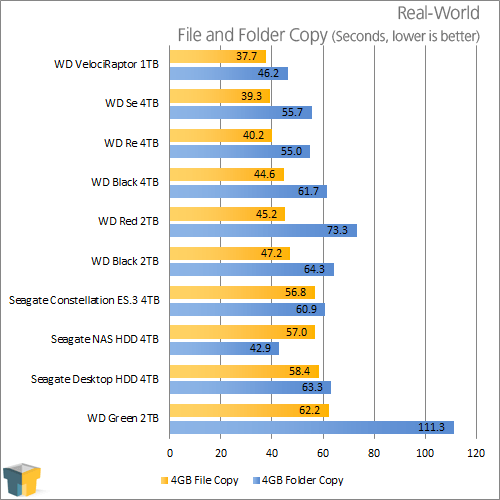 There’s a noticeable flip-flopping going on here between WD’s 2TB Red and Seagate’s 4TB NAS HDD. It’s hard to declare one a winner, but it does appear that the WD Red’s endurance is a bit better when dealing with large transfers that deal with thousands (or tens of thousands) of files.

One of the biggest benefits of faster storage is quicker load times for games, both with regards to their startup and level-loading. For testing here, we use two of the heaviest games we have on hand; Sid Meier’s Civilization V and Total War: SHOGUN 2. Our test here is simple: we see how long it takes each game to load. Our stopwatch starts as soon as we click the option to load either game.. 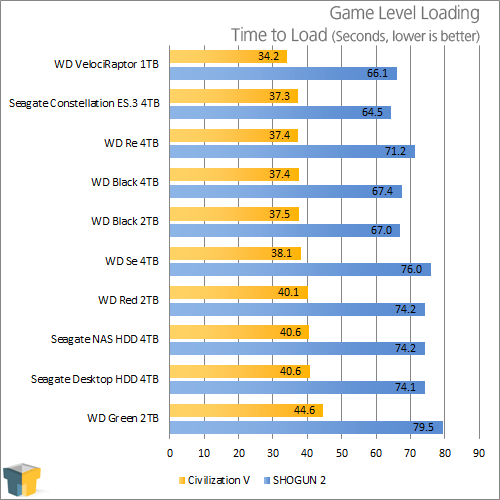 Here, Seagate’s NAS HDD aligns itself nearly perfectly with the Desktop HDD model of the same size – it’s almost scary. In the grand scheme, performance differs very little among all the low-RPM drives.