Seagate has introduced to us once again the largest consumer drive available, and we have it on our testbench. Surprisingly, not only does it have much more space than the previous 500GB model, it also proves to be much faster. Let’s take a close look at the drive, and see just what perpendicular magnetic recording can offer us.

There are countless markets when it comes to computers, and they all have one thing in common. Each one has numerous companies fighting for the top spot, and the storage market is not excluded from the battle. While hard drives are not usually the ‘performance part’ that everyone craves, there is a huge selection out there begging for your cash. While Western Digital has the fastest consumer drive with their Raptor, Seagate holds the top spot for drive density. 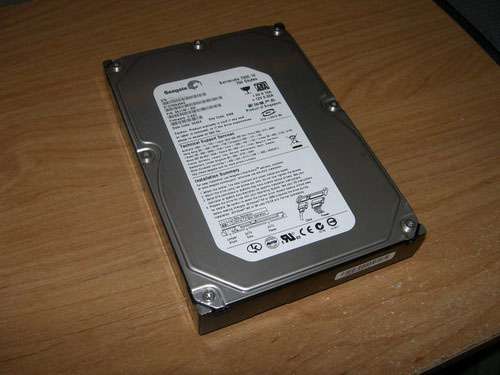 Currently, the top spot for the mobile market is Seagate’s own Momentus 160GB drive. It’s large storage space is all thanks to PMR, or perpendicular magnetic recording. I also posted a review a few weeks ago of their 500GB desktop drive, although that shared the top spot with a few other companies.

Earlier this month, when information was leaked about Seagate’s 750GB drive, jaws dropped. To picture 3/4 of a Terabyte in a single drive is amazing. Thanks to Perpendicular Recording, this is a reality. We will touch on this technology soon. Let’s check out what this drive has to offer, as told by Seagate. 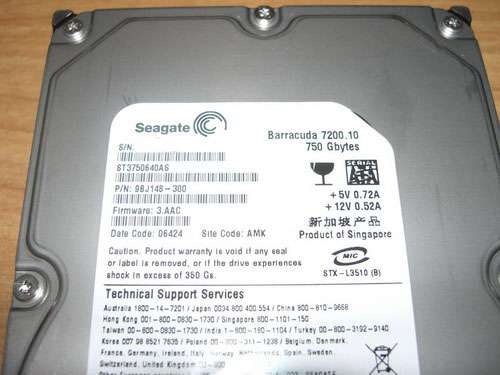 So who would benefit from such a massive hard drive? Seagate states that the drive is perfectly suited for pretty much everyone. Gamers, small businesses and low-cost servers that don’t need the speed of a 10,000 RPM or higher drive.

With the way technology is going, our digital collections are only getting larger. While 750GB would have been ridiculous to consider a few years ago, it makes more sense today. Of course, there are not -that- many people out that that need such a massive drive. Personally, I would have a very difficult time filling all of that space. There are many out there who will benefit from such a large drive though.

One benefit is the ability to hook two of these drives up in a RAID for 1.5TB of space. This is perfect for video editing and other space intensive multimedia tasks. Obviously, it’s up to you to decide whether you “need” such a massive drive, because you should be willing to shell out the money for it.

Let’s jump right into the fact of why 750GB is possible in a desktop drive, with a quick explanation of how PMR works.