Seagate made quite a splash earlier this year with their 750GB hard drives. They have since released an ES version of the drive with a far higher reliability factor making them perfectly suitable for RAID and business applications.

To start out, we will run HD Tach. This program is arguably the standard in HD benchmarking and because of this, and its distinct advantages, we use this in our benchmarks. 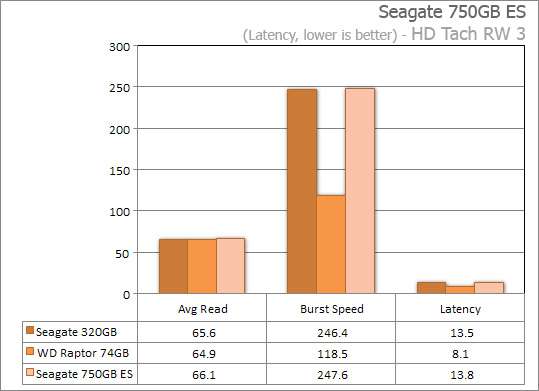 Secondly, we will use the tried and true SANDRA. SANDRA is a tried and true system information program that allows you to test virtually any piece of hardware that you might have in your system. From your hard drives to your CPU to your network, SANDRA has the results to grant anyone bragging rights or at least let you know where you need to work to improve your current configuration. 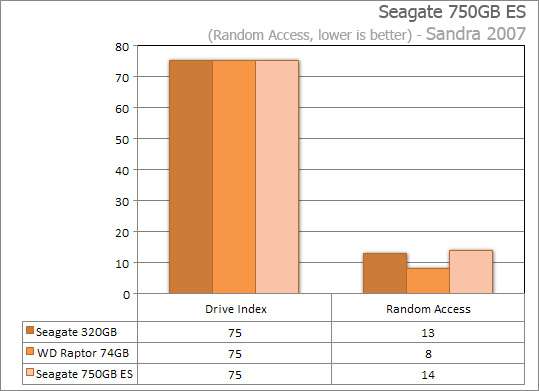 Now onto PC Mark ’05. PC Mark is for complete systems what 3D Mark is for GPUs and CPUs. For this test, we will by using the standard PC Mark test but will also include the HDD tests as well. 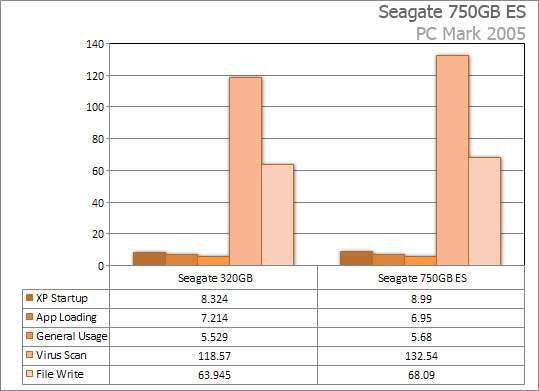 Finally, and more many, the most important test, the real world test. Nothing shows the true potential of a hard drive more than a real world test showing just how quickly files can be read and written to a hard drive. To do this, we have setup a large, 4GB solid file, a 4GB small folder with 1,042 files and 8 folders, a 4GB large folder with 4,371 files and 272 folders and an 8GB solid file. Each of these were be copied from the hard drive, to a separate folder in the same hard drive. The entire time of the transfer will be timed and recorded. 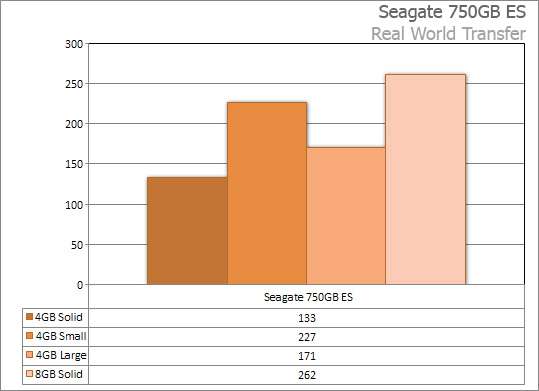 The Seagate Barracuda ES 750GB hard dive is a sure winner. Back in May, we took a look at the standard version of this same hard drive and the end results left us very satisfied. The drive had more than enough storage for most anybody outside of the server arena and for a drive of that size, the price was right. The ES flavor of that same hard drive offers the same performance but comes with the state of mind that the drive isn’t going to up a fail on you. No product is perfect but as fickle and needy as the IT world is, nothing can be left to chance and it appears that Seagate recognizes this and the ES line of hard drives is the proof. With a 1 million hours of MTBF (mean time between failure) and a industry leading 5 year warranty, an ES hard drive will not let you down.

All of this added life does come at a cost though, a regular Barracuda 750GB hard drive can be found online for approximately $380 (US) and an ES drive premium tacks on another 70 dollars at $450 (US). For users like you an I, I would recommend the standard drive but for those of you who cannot continue on without the added security that a ES drive offers, the ES Barracuda is for you. Personally having a background in IT, I can appreciate the numbers that the ES put up and with a drive life like it has, all that precious data isn’t going to be going anywhere.

At my day job, we use these drives in most of our servers and the piece of mind that comes with them is definitely appreciated. With all of this taken into consideration, the Seagate Barracuda ES 750GB is more than deserving of a high mark. I am awarding the ES a solid 9 out of 10 with an editor’s choice award. The only thing keeping this drive from perfection is the fact that there is a drive with extremely similar performance but for 70 dollars less. You sacrifice some dependability but with my track record with Seagate, the plain old Barracuda would make anyone happy.