Thanks to the fact that mobile audio players are more popular than ever, so is music conversion. It’s not uncommon for even the regular consumer to find a reason to convert a music file, whether it be an incompatibility issue, the fact that a file is too large, or because the file needs to be used for a more specific purpose, such as for a video, webpage, game, and so on. Of all the music convertors on the market, though, one of the absolute best is Illustrate’s dBpoweramp. 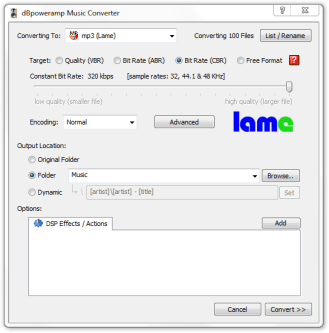 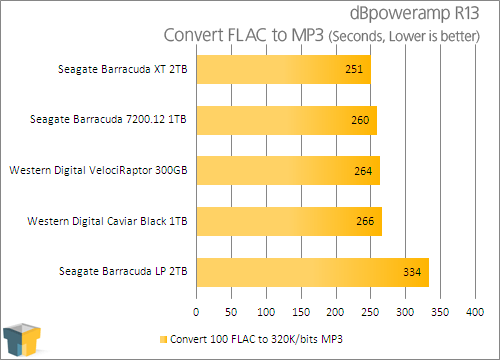 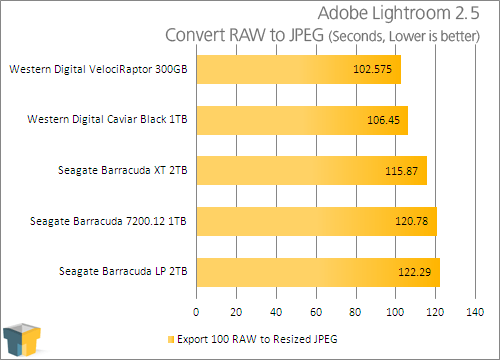 Here’s a scenario that most of us deal with on a daily basis… boot times. Believe it or not, storage performance can play a rather sizable role in the duration of boot process of the OS. Storage devices with lower access times excel the greatest, as a lot of the boot data is stored on various parts of the drive – it’s not usually all sequential. So, it’s no surprise that 10K RPM and higher drives, or SSDs, excel where this is concerned. 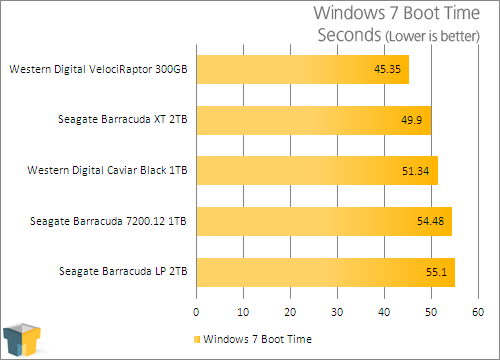 Here we see a draw with a strong showing when running dBpoweramp and yet a mid-pack lackluster showing when exporting under Adobe Lightroom. As for Windows Vista boot time, I cannot help but be surprised that the VelociRaptor is the victor, but it is nice to see the XT pulling a strong second place finish.