At the onset of this review, I pretty much had myself convinced that there was going to be little to gain from the increased bandwidth of the new SATA 3 bus with this drive. Time and time again we have seen bandwidth speeds increase, while other factors creep in to negate any real world benefits. In our briefing from Seagate, we were even told that initial results were promising but not mind-boggling. I have to give them the thumbs up for that type of honesty since it is easy to find examples of other innovations being over-hyped and overrated.

That being said, the Barracuda showed that SATA drive technology is far from dead. While it is a generalized comparison, I liken magnetic storage as the AGP of the hard drive world. AGP has been called dead for years, but I have personally upgraded a few older machines with current tech AGP cards with excellent results. While current SATA drives are nowhere near as obsolete as AGP graphics cards, I expect magnetic drives to be around for many more years to come as they have tremendous potential to offer at an amazing price. No one can deny the sub $1 per GB ratio when choosing a new storage drive for their system.

Coming in at $299 retail, the Barracuda XT 2TB drive is not the cheapest drive on the market. In fact, if you do a direct comparison there are far cheaper drives with the same density. The important factor here is what you get for your money. If you want the best overall performing drive with the highest density, you need not look further. It is hard to deny the facts when it easily trades punches with the venerable VelociRaptor while still holding off the rest of the competition as well. 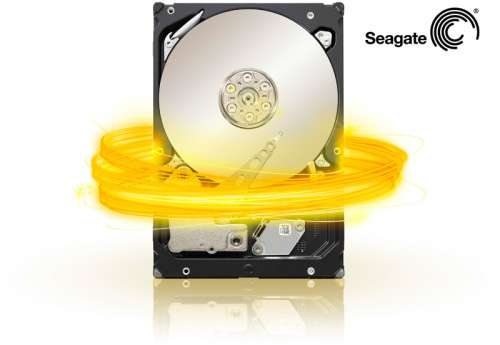 The final question is this: “Are we ready for SATA 3?”. If you ask me, SSD drives will get the most use out of this new specification. The XT is nowhere near saturating SATA 2 specs while in the same breath I can say that it is also the first in a long line of upcoming SATA 3 drives. Prices for SSD’s are just out to lunch and in comparison I do not believe the average consumer is ready to make the switch.

When you dot all the I’s and cross all the T’s I firmly believe the XT proves it’s worth. If you are looking for a super-high capacity drive that does everything in one package, you need look no further. System-wide performance is excellent and nothing with this amount of density can beat it. If absolute speed is not your desire then I have to say there are some cheaper alternatives, but you do get what you pay for. For those of you that want to adopt the latest tech as soon as it is released then there is no need to read further, get out and get one (or tow!).

Any way you look at it, this is a great drive. If I were to numerically rate it I would give it an 8 out of 10. The faults are small, but there are faults to be seen. There are definite areas of performance that are lackluster at best and at $299 you are paying quite the premium as well. I cannot help but suggest this drive as more of a system drive than a secondary drive since speed in the secondary role is just not important. With that consideration in mind, I can’t help but think this is the ideal system drive since you are a partition away from having a super-fast booting OS as well as a truckload of space for all your digital media.