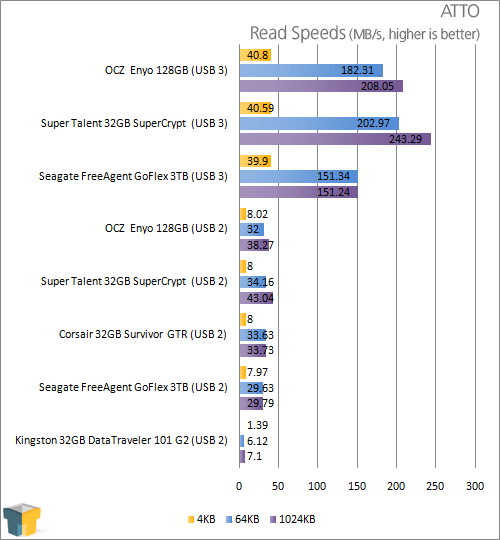 Seagate’s showing is quite impressive here, as the 4K reads are on par with the two USB SSD devices we tested a couple of months ago, and the 64KB and 1MB results aren’t too shabby either. 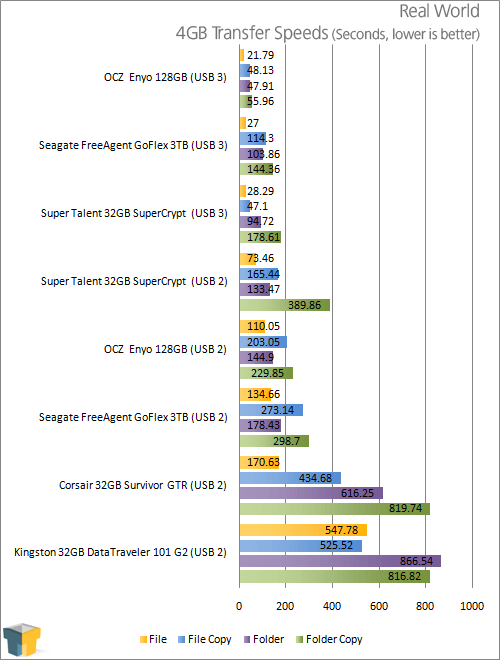 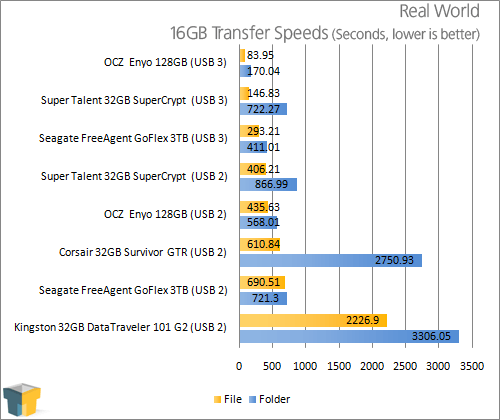 Impressively, our 4GB file managed to copy over to the drive in 27 seconds, but none of the other results kept quite up to those insane speeds. The performance we did see is on par with standard desktop drives though, if not a bit better, when using USB 3.0. The only drives guaranteed to be faster are SSDs. 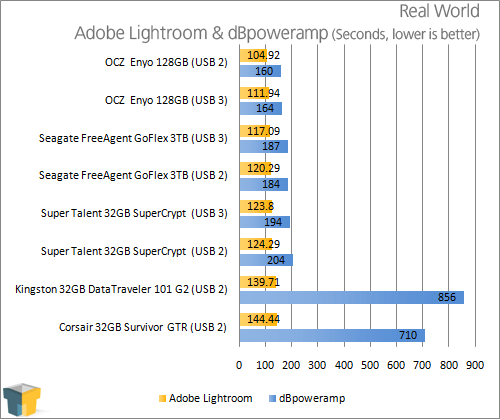 Once again, we see quite good performance here, this time even beating out Super Talent’s SuperCrypt thumb drive SSD.