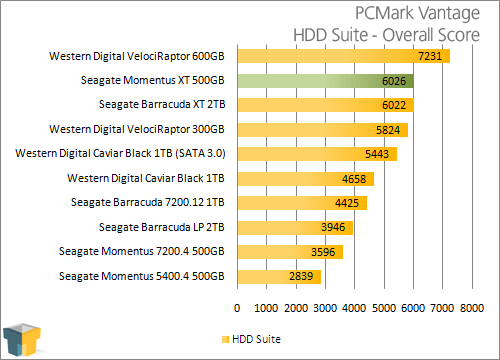 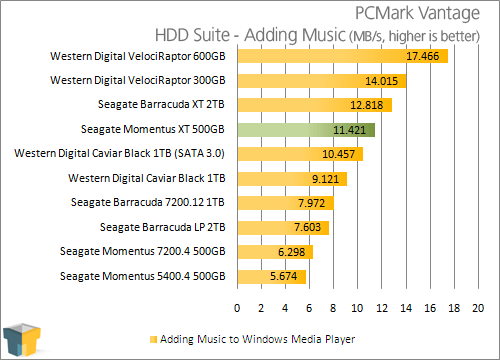 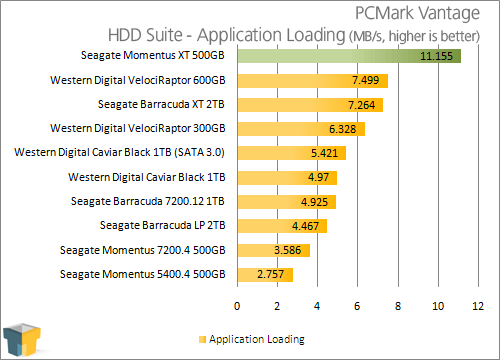 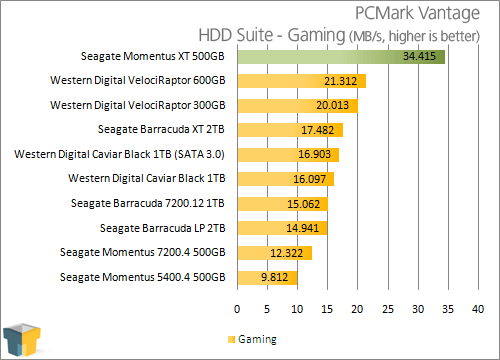 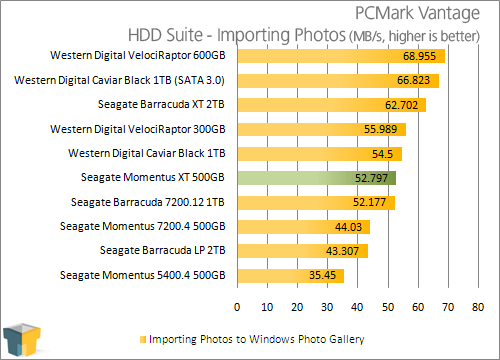 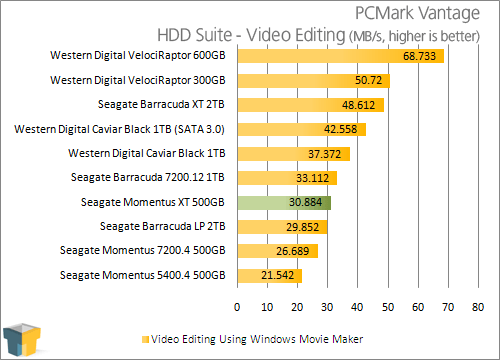 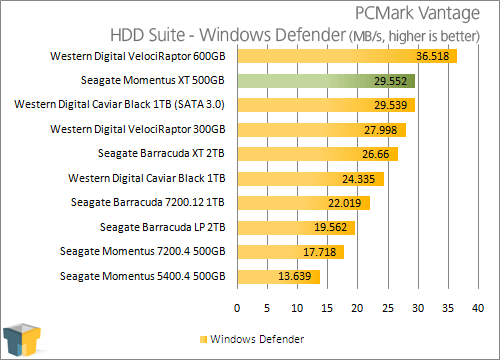 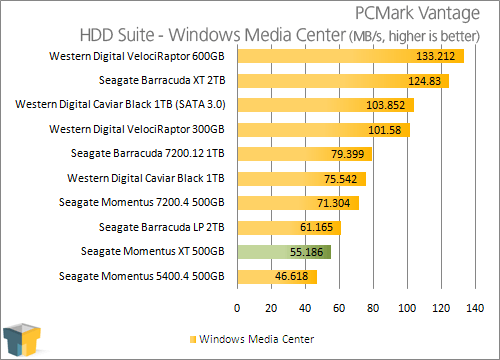 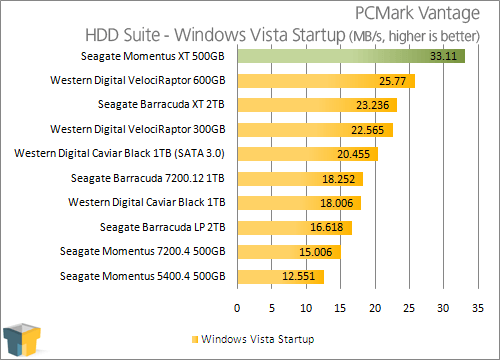 Overall the Momentus XT scored a second place finish in Vantage testing. It scored huge wins in application loading times as well as the other read-heavy tasks. In the other tasks, it performs on par with its counterparts. One very important note to remember that the initial run for the Momentus XT was lower and each repeated run increased the score. I ran this particular test 5 times and used the 3rd run for my submitted results. The latter runs were slightly higher, but it seemed to peak out after the 3rd run.