From a storage standpoint, two of the most common scenarios for almost all computer users include copying a file from one place to another, and also archiving a folder for storage (as in backup, or portability). We tackle both of these here on this page. For our real-world transfers, we take a 4GB file and also a 4GB folder, one at a time, and copy it from one place to another on the same drive. Our 4GB folder includes 4,800 files, which we consider to be a realistic number for a media folder of that density. Included inside are numerous documents, music, photos and other miscellaneous files.

For our archiving test, we are using the excellent open-sourced 7-Zip, as it’s lightweight, feature-rich, and fast. Our test consists of us taking the same 4GB folder as mentioned above, and archiving it to a .7z format using the program’s default settings. 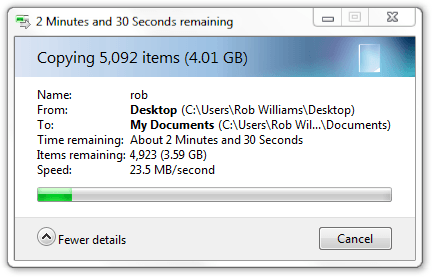 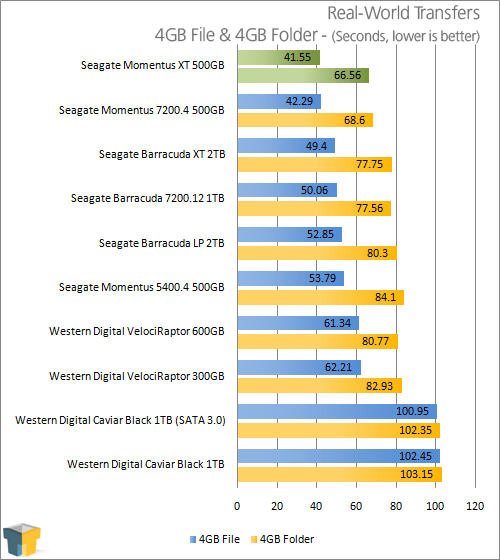 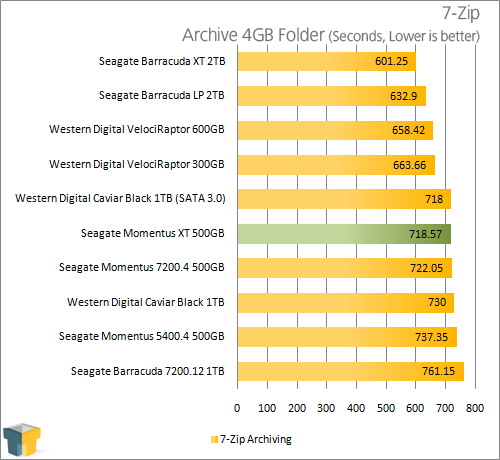 Real-world testing revealed some surprising results. The Momentus XT was the top dog in the 4GB file/folder test but the margin of victory over the 7200.4 was somewhat surprising. Again, this shows that for these particular tests which are write biased, there is really no benefit from the NAND memory. 7-Zip archiving confirmed that indeed this drive ins just not aimed at these tasks. Performance was average in the field.