After having gone 3 years without looking at a SilverStone chassis, we’re back with a look at the company’s latest, the mid-tower Fortress FT05. Can it deliver on the promises of big cooling and big flexibility while retaining as small a footprint as possible? It’s time to man the fort and find out.

The Fortress FT05 is a quality chassis in every sense of the word. From the perfect paint finish, to the outstanding build quality, to the amazing thermal performance, to the low level of noise generated, the FT05 has every base covered. It even ships in a cloth bag, which may not mean much, but it’s nice to see small touches such as this. The fact that the heat shrink tubing pulled away from the front panel wires has me a little concerned about final quality control though.

Aside from the heat shrink tubing problem, if I had to nitpick about anything I would say that SilverStone could have included a Y-splitter cable for the fans, and maybe even a USB3.0 to USB2.0 converter. We can’t fault SilverStone for not including either of these though as most newer systems should be fine without them. 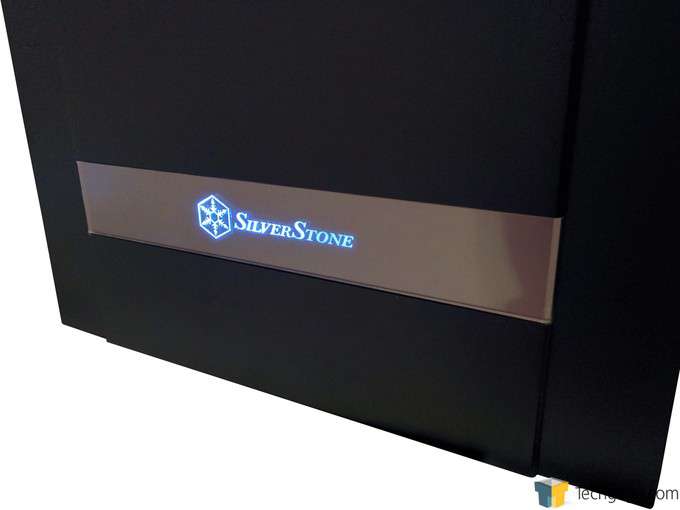 So far we haven’t been able to find the FT05 for sale at any of the major online retailers. In fact we only found it listed as out of stock at one of the smaller retailers for $185 US. That’s a lot of money to justify, but as long as you’re willing to put the extra time into planning out your build before hand and then give the chassis some TLC while you install components, you’ll get one of best performing chassis that we’ve ever seen. That should hopefully offset the high initial investment.

SilverStone has always been one of those companies that isn’t afraid to try out new designs, which is evident with the Fortress series. No two Fortress chassis are the same and even though the FT05 just came out, I can’t wait to see what the SilverStone will do with the FT06 down the road.