Next time you see a local case modder or system builder, ask them to name a few of their top chassis manufacturers. Thereâ€™s a good chance that you will hear the name SilverStone thrown around a fair amount. Long known as a dominant player in the top tier case market, SilverStone has had a great deal of success with their Temjin line of chassis with most commonly hear complaint being their price.

With cases reaching well into the $300 range, these cases are clearly not for the everyday do-it-yourselfers like you and I, but rather for project modders and boutique system builders that market their PCs to those with deep enough pockets to afford such cases.

With many of their cases in the highest of pricing brackets, SilverStone has answered many complaints with their Temjin inspired line of cases, the Kublai series of PC mid-towers. Designed with the experience the SilverStone engineers have gained in the building of the Temjin line of cases, they have put an equal amount of thought into the looks and layout of the Kublai series. With 2 different offerings in this class of cases, we turn our attention today towards the KL01; SilverStoneâ€™s first offering of this series.

Bringing a hybrid approach to its design, SilverStone has been able to keep the price of this series down by using a steel frame with an all aluminum front door and side panels. With its steel design, we are curious how this approach will ultimately affect the weight of the case as well as the thermal properties with the system powered on.

Arriving in a typical SilverStone package, the KL01â€™s features are well documented on all sides of the packaging. Taking a quick look around the box, itâ€™s clear that the KL01â€™s features include hot swappable drives. While this isnâ€™t a first, itâ€™s a nice addition to any tower as far as we are concerned. 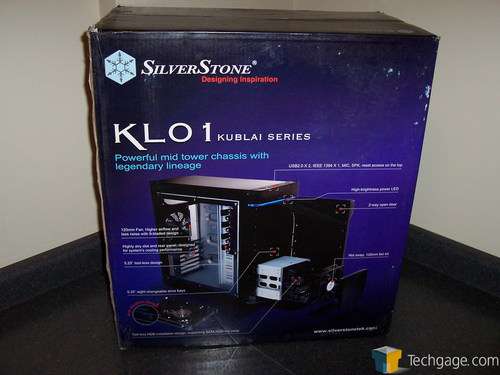 Removing the case from itâ€™s protective packaging, we can see a full side window, giving any system builder ample opportunity to show off their mad wiring skills, or, as you will see, or complete lack of said skills. 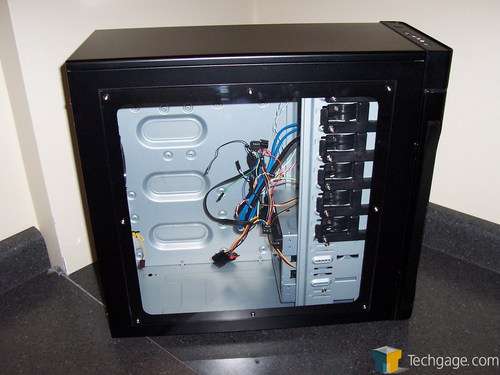 As we move around the KL01, we can see a full length front aluminum door that is hinged on right side of the case, allowing the door to swing open to the right. At the top of the door, we find a long power light that runs the entire width of the case. When powered on, the plastic will glow a pleasant blue. Located just above this light is the power button. Unfortunately, this does not glow. 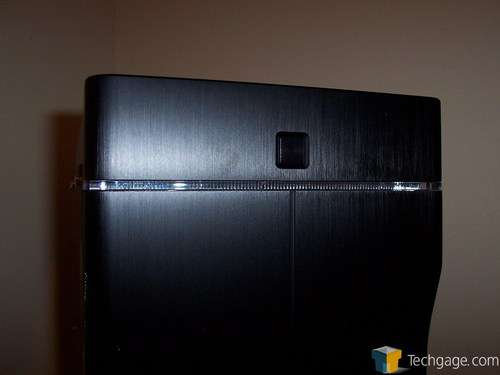 With the door open, we can see that the KL01 has eight available drive bays, 5 if the bottom hot swappable hard drive cage in installed in the chassis. Each of the bay covers is perforated, allowing cooler outside air to be drawn into the case, aiding in total system component cooling. 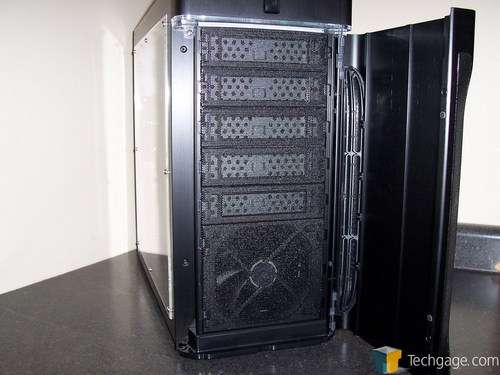 If we remove the front 120mm fan, we can see the four available hot swappable drive bays. While they may appear as such, only one drive is a true hot swap bay with the inclusion of the included SilverStone CP-05 drive accessory. The other three much be manually hooked up inside the case with the regular data and power connectors. 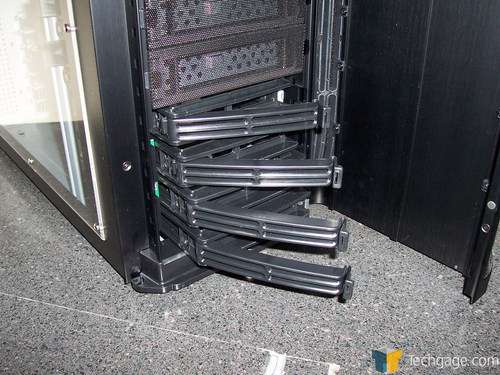 Paying attention to the last paragraph, you might have noticed that we commented on the drive bay and how it much be accessed with the front 120mm fan removed. For most systems this might prove to be a royal pain in the rear but not with the KL01.

SilverStone has taken a brilliant approach to convenient fan removal and made the fan itself completely wireless when disconnected form the case itself. There are simply metal strips that press up against 12 metal barbs that stick out of the adapter on the case. It is through this connection that the fan receives the needed power to operate and makes hard disk installation in the KL01 a breeze. This is something that more companies would pick up on and implement in future case designs. 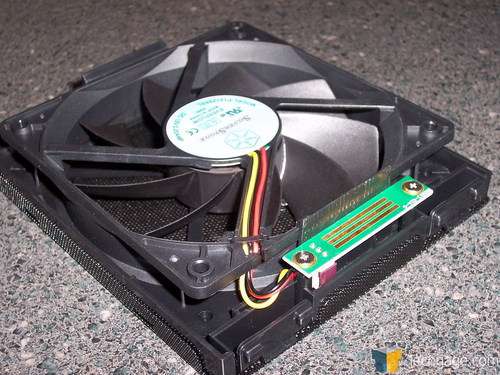 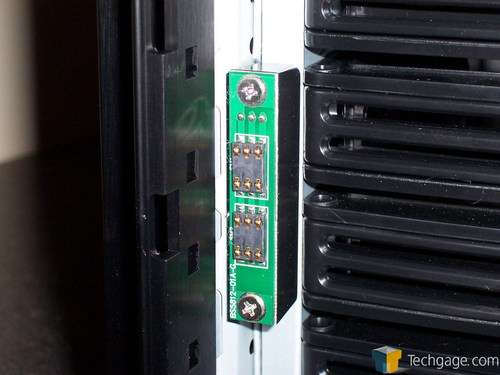 Turning our attention to the back of the KL01, we can see that it follows the standard ATX layout and the power supply is positioned at the top of the case, deviating from the popular method of placing the power unit at the bottom of the case, helping in system cooling and overall appearance of the interior of the case. 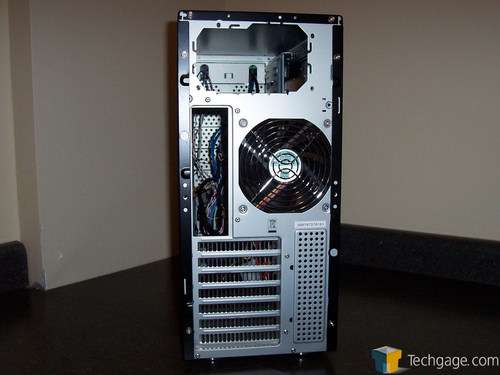 One thing we like, and this might be a negative for some, is the open PCI plates. This allows cooler outside air to come into the case from the back as well as the front. While this might prove to be a rather dusty trade off, its one that we like and would like to see used on more cases. 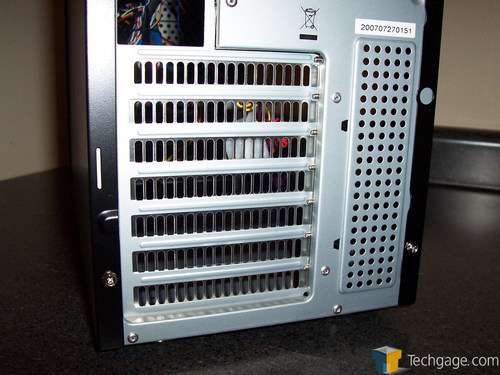 Let’s take a look at the interior!