The interior of the KL01 is rather ordinary and doesnâ€™t do any innovating but thatâ€™s not to say that itâ€™s a bad thing. There are mounting holes for motherboard standoffs and an included 120mm exhaust fan, meant to draw warm air given off from the CPU out of the case. 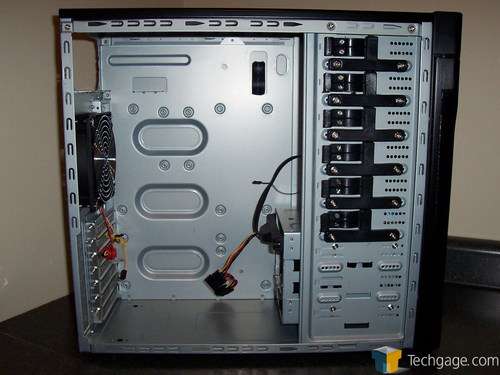 The drive bays can be completely tool less if you want as there are a pair of metal posts that will stick into the mounting holes on the CD or DVD drive. Notice that they are attached with screws, meaning that they can be removed or moved lower if you find that you would like the hard drive cage up higher in your case. 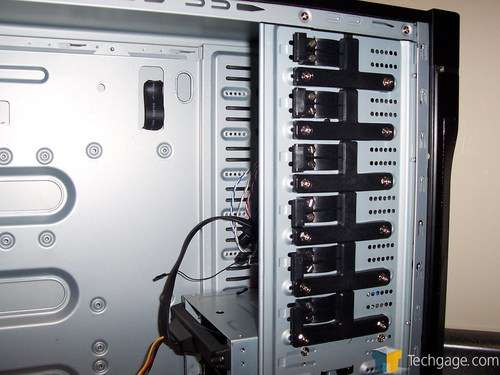 Directly behind the top two drive bays, there is a large rubber coated hook that can be used to corral some of your power supply cables, keeping them firmly behind the drive bays and out of sight through the window. This is yet another small touch that SilverStone has added to the KL01 and we, for one, like it. 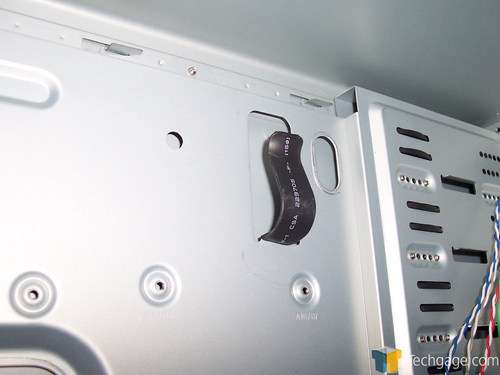 The power supply area is quite ordinary and with the exception of a few shelves to help support the PSU itself, quite empty. 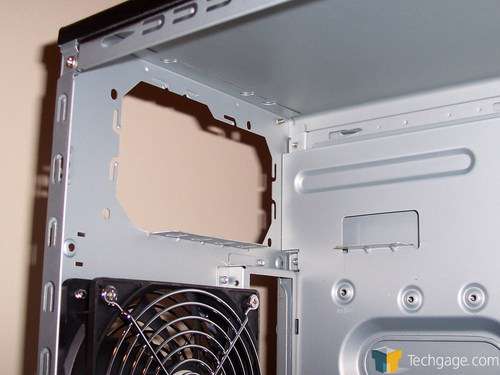 We mentioned earlier the inclusion of the CP-05 hot swap adapter. This is just a pass through that is attached to the back of the drive cage and will pass through data and power to the hard drive. It is installed in the top bay but can be moved to any of the other three if the user so desires. With our drive installed in the rails, we did not encounter any difficulty in installation and our drives were never off. For such a simple device, it shows a great deal of thought on SilverStoneâ€™s part and works perfectly as it should. 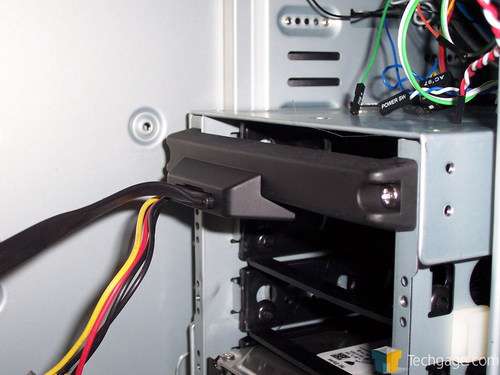 No case is complete without its I/O cables. In the case of the KL01, there are the standard power, reset and HDD activity as well as a four pin power connector for the front LED power indicator. 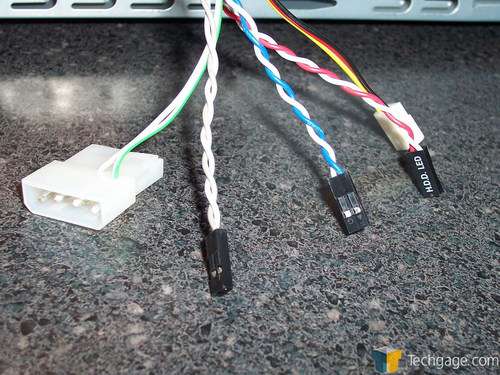 Also on the KL01 are three more cables for the top mounted I/O panel. There are connectors for the two USB ports, one 1394 firewire ports as well as the headphone and microphone jacks. The KL01 can accommodate hookups for standard AC â€™97 or HD audio, depending on what your sound card or motherboard use. 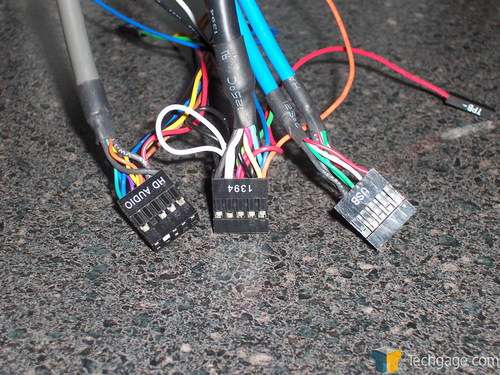 There are a couple other odds and ends included with the KL01. There is a manual, a small bag of screws and stand offs and a couple of 3.5â€ to 5.25â€ drive adapters. Nothing out of the ordinary here. 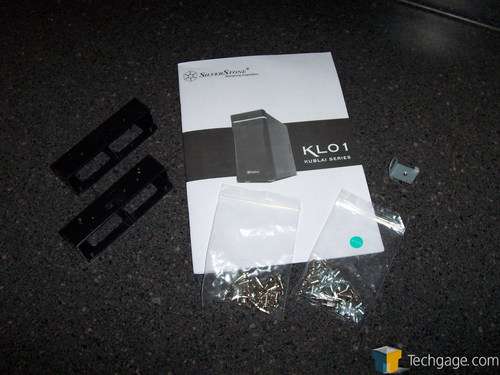 With all of that out of the way, let’s move on to installation.