Since the game is based off of the Source engine, the benefits are obvious. Ritual has taken advantage of all the source engine has to offer, and has thrown in some of their own goodies. The world of SiN is chock full of eye candy and is a true visual treat. I don’t say that lightly either. This is by far one of the best looking games I have played in a while. The graphics are not full blown amazing like some other games on the market or ones soon to come out, but Ritual did a fantastic job utilizing the engine at hand. 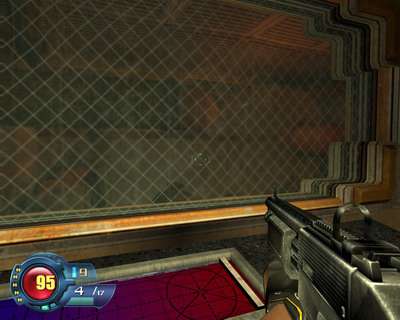 There are many graphic effects throughout the game that I found noteworthy, but they are not necessary new to gaming. Early on in the game, you will encounter a room full of raw gas that has the ability to incinerate you in an instant. You can look into the room through the glass, and even the glass looks like it is barely able to hold the gas back. The effect is basically showing off an intense heat wave, but works well to instill fear. 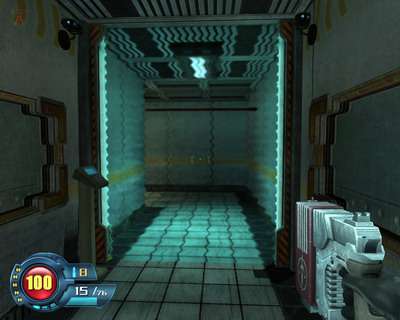 There’s also some holographic fields that will halt your progress, which look extremely cool. They are completely see through, and remind me of a door that has glass to distort your complete vision. Probably one of my favorite affects would be the holographic Elexis. Numerous times throughout the mission, she will come to you in full-size holographic form. Bouncing cleavage and all. 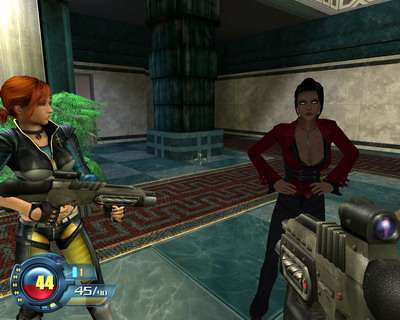 The graphics in SiN Episodes are really well done, and I didn’t encounter one obvious ‘glitch’ or bug throughout the adventure. The game doesn’t support HDR, which is too bad since Source supports it. Even without HDR though, the game is very pleasing to the eyes.

The sound quality in SiN Episodes is well done. The weapon sounds are nothing incredible, but they do the job. The voice acting is probably one of the strongest parts of the games, although at times it can be rather dull. You will often hear your enemies talking about you, especially if they know you are around. It adds to the games realism and can scare the wits out of you at times.

Some of the actual dialogue could be better, but there’s nothing to pinpoint directly. There are a few laughs to be had from what the cast of characters say. Especially Jessica, because she puts up with nothing, so some of her remarks to people is hilarious.

There’s not too much music in the game, but what’s there is great. The menu screen has music reminiscent of a James Bond movie, and throughout game play you will have the occasional overtone music to help add more drama to the game play. In the end, the sound is well done although the weapons could sound a little more real.