SiN Episodes came.. but did it deliver? This has been one of my personal most wanted games ever since it was announced. The original had a lot of style and proved to be tons of fun, and the sequel does indeed deliver the game play SiN fans have come to love. Episodes has style, tons of action, and top notch graphics. What more do you need?

The game has it’s share of bugs at this point in time though. Many people are reporting lockups and stuttering, which I have also experienced. I had the game lock up completely at one point, for around 30 seconds and then it snapped out of it. I only had that happen the once though, but some are reporting more frequent problems. Ritual is currently investigating these reports and plans to release a patch as soon as the bugs are squashed. 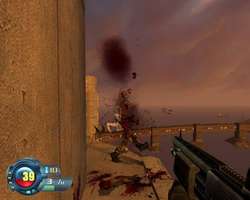 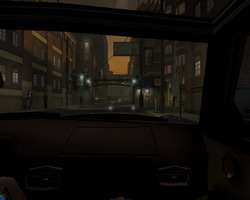 My primary beef with the game is the dynamic difficulty. Not the fact that it’s there, but the fact that you cannot turn it off or keep it at a static difficulty. There are some points in the game where a player will just straight out not want to play the same part 20 times over. It can’t be helped though if the game keeps your difficulty at 80/100.

The addition of Jessica to the series is quite welcomed. Elexis has her own unique style, but Jessica is a blast to listen to. She whines constantly, and shoots her mouth off often. Some things that come out of her mouth shouldn’t be heard by young’uns, that’s for sure. Of course, the mass killing and blood gushing helps earn the game it’s Mature ESRB rating. Maybe if modders find a way to take off Jessica’s clothes, the ESRB may change it to AO, but I wouldn’t count on it. 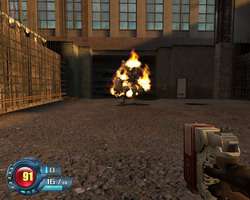 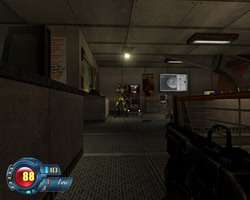 This first episode took me between 5 and 6 hours to beat, and that includes all the times I died. I think that most players will have a solid 5 hours of game play to enjoy. Now the pricing scheme comes into question. This episode costs $19.95US, which seems a tad pricey for only 5 hours of play. However, I recently played Tomb Raider: Legends which only had 9 hours of game play, and costs much more than this. In general, the game is worth the asking price compared to a few other games on the market, but it’s ultimately up to you whether or not you think the cash is worth that amount of play.

In total, the game will have a total of 9 episodes, with the second due in 6 – 8 months. If it continues at this rate, it means the game will span over 4 years. That’s definitely a long time story arc! Overall, I really enjoyed SiN Episodes, and can’t wait for the second installment. I am awarding the game an 83% rating.

Have something to say? Of course you do! Head on over to our ongoing thread to throw in your two cents. You do not need to register in order to reply to our content related threads.