by Jamie Fletcher on October 15, 2010 in Peripherals

To help combat things such as RSI, companies have long been developing ergonomic peripherals, and for the most part, most of them are predictable. But Smartfish has looked outside the box and developed a mouse like no other we’ve ever seen, and whether or not that’s a good thing… we’re here to find out.

The pivot itself provides a certain amount of resistance to movement. It is not loose and will remain in the same position until a small force is applied. The resistance provided could be a bit stiff for some, but when the mouse is used via the arm, rather than fingers, this resistance becomes negligible. The base panel houses the 800DPI laser sensor, which for some may not be enough, but for desktop work, this is more than enough for me.

Batteries are stored in the main body and can provide up to 10 months of life, though under regular use, you are probably going to see 2-3 months, especially if you forget to turn the mouse off at night. Even still, this is impressive battery life. I have been using this mouse for a minimum of 4 hours a day (sometimes up to 8), for 2 weeks and never turned it off over night, yet still works perfectly.

I have not suffered from any interference or strange behaviour, despite a wireless router perched just 8 inches away (both use the 2.4GHz frequency range). The use of AA batteries means easy replacement, but does add to the weight, so those who prefer a lighter mouse, take note. 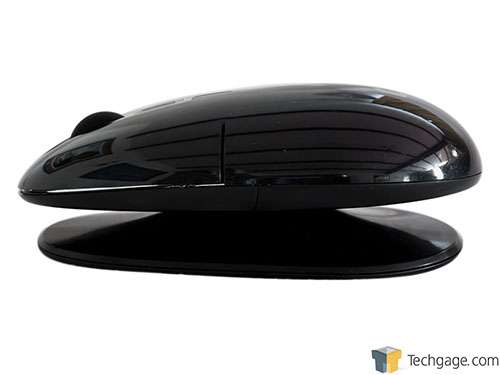 In terms of design, glossy black plastic looks great, but hard to take photos of. Forgive the reflections, it was not my intention to show the inside of my home to the world. This glossy plastic can be a real pain since dust, sweat and grease cling to it, requiring regular cleaning. On the greasy side of things, regular use does mean that your hand and fingers can slip off or become uncomfortable, so just keep a cloth close by and clean it off. 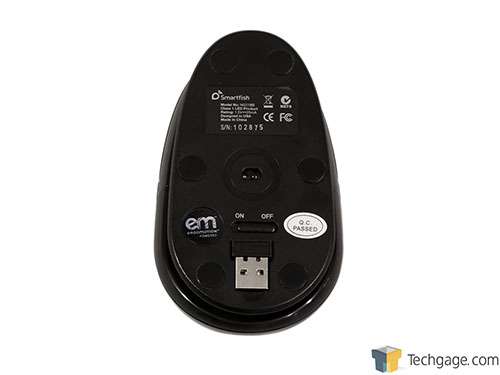 The mouse is ambidextrous with large buttons, a silent scroll wheel and adequate feedback to confirm the scroll. The scroll is 4 way, meaning that it rolls up and down with left and right buttons. This is one of my main quibbles with the device, side scrolling is not too common (at least for me), nor is pushing the wheel to the side easy or comfortable. Being right-handed and pushing the scroll wheel to the right with my middle finger requires a fair amount of effort (not to mention accidental button presses on the right mouse button as I try to grip it). Pushing it to the left is fine, but I’m not going to be scrolling to the left too often. 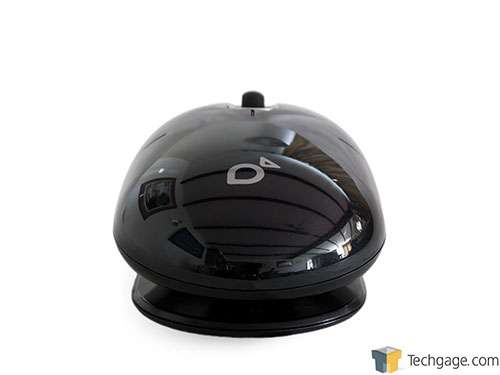 The biggest omission is the lack of buttons 4 and 5, or commonly referred to as the ‘back’ and ‘forward’ buttons. If the side scroll could be replaced with these functions instead, or indeed, later versions included the extra buttons, then this would definitely make the device more productive to the user. Firmware can be downloaded from the Smartfish website that adds some extra, but limited functionality to the mouse, though it lacks the ability to assign back and forward actions, nor can it assign actions to the side scroll. Additionally, if you have another mouse and its software installed, this firmware could interfere with your settings.