One thing that Sony has marketed heavily with the SMP-N100 is its mobile phone integration. What this means is that you can download a Sony-created app through the App Store (Apple users) or Android Market (Android, duh) called MediaRemote and use it to control your SMP-N100 from the couch, bedroom, bathroom… anywhere you have a wireless signal to your home network.

It’s a simplistic design but one that will look very familiar to anyone with more than 30 seconds of time with the actual remote. Like its physical brother, the app has all of the main buttons needed to interact with the SMP-N100. Intuitively grouped together, there are different pages of inputs and the remote can be used in simple or advanced remote mode.

Simple mode features three main buttons, return, home and options. The rest of the screen is essentially a giant track pad. Want to move your selection to the left? Simply swipe your finger across your iPhone/iPad/iPod from right to left. You can also just touch the screen anywhere on the left side but for me, the swiping method felt more natural. In advanced mode you get the same buttons, in similar layout, as the hardware remote provided by Sony.

The remote is a free download but only after you install it on your phone to you realize why. Ads. Running along the top of the screen is an ad banner. This isn’t a huge distraction but is honestly disappointing. We purchase Sony gear primarily because its products have more often than not been above the curve when it comes to features and usability, but then we are expected to put up with more advertising when we want to use the extra functionality that Sony itself is touting as a big deal.

Look, I get it. These kinds of ads aren’t going to bump up Sony’s stock prices but they have the potential to make a good amount of money. Essentially free money as I’m sure the company has already made its money back many times over. If we create a Venn Diagram of Sony consumers and those with a smart phone, the overlapping area in the middle is going to be substantial. The market is there and advertising budget waters still run deep. That said, if you are going to provide a consumer electronic device, and you provide many, please think a little harder about when and where you insert advertisements. 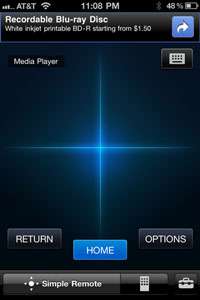 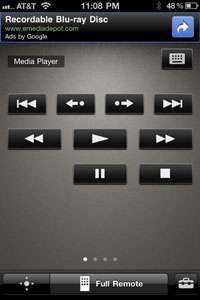 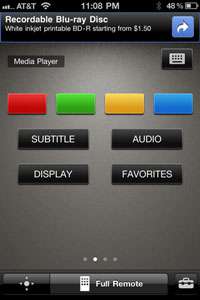 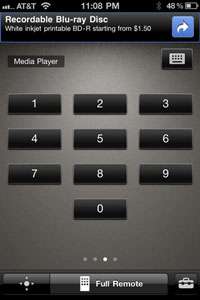 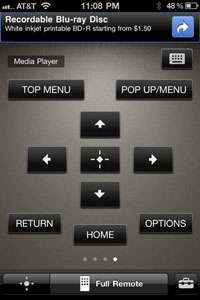 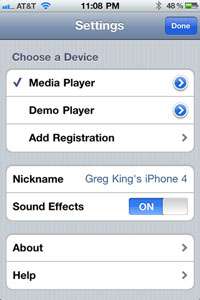 The ads don’t bother me but they do leave me a bit disappointed. If you go through the App Store and read the user reviews of the app, they are littered with complaints about the ad supported app. While I don’t share the extreme emotions as many of those who reviewed the app negatively (it still works well on a functional level), I get their frustration and understand why they are upset.