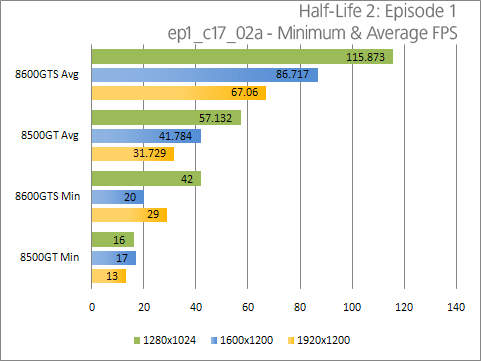 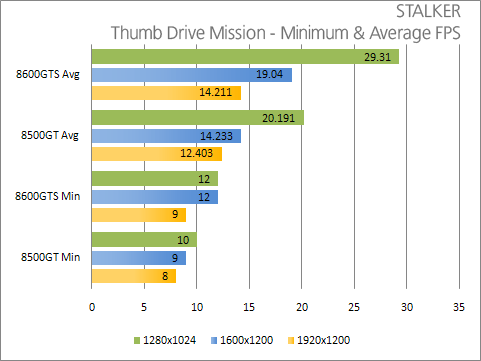 Stalker has the ability to put low-end graphic cards to their knees, as was evidenced here. 1280×1024 was playable, but not ideal. Anything higher is a joke… not happening.

SupCom is yet another game that I could probably play better blindfolded, but man, is it pretty to look at. Considering this is the game included with the card, it could not have been left out. The level used is Finn’s Revenge, which we have a saved game for. When loaded, it allows us about five minutes before the match ends, thanks to the huge army we’ve built up. 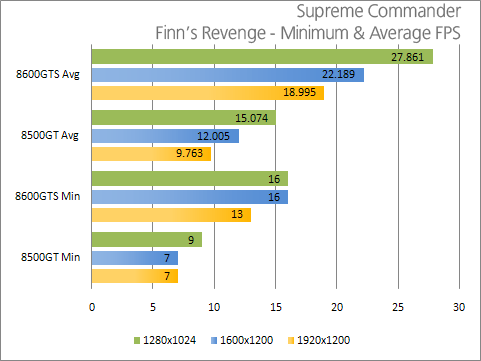