In our NFS: Carbon test, we played through the first normal race when choosing one through the Quick Race mode. Two
choices of car are given, an upcoming Chevrolet Camaro and a Koenigsegg CCX. I think it’s obvious which one I chose. 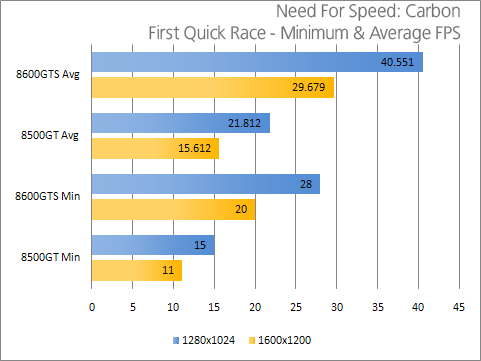 Racing games are notorious for running sluggish with slow video cards, but NFS remains surprisingly playable even at even 15FPS, although 20+ is much appreciated. We didn’t even hit that at 1280×1024 with the car, but was still completely playable. Once again, anything higher is a no go.

CoD2 is close to being two years old, but it still pushes current GPUs enough to warrant it’s inclusion. This game is one that can be played at lower FPS, and that was the case here. The level chosen here was Demolition, which begins immediately after the training level. 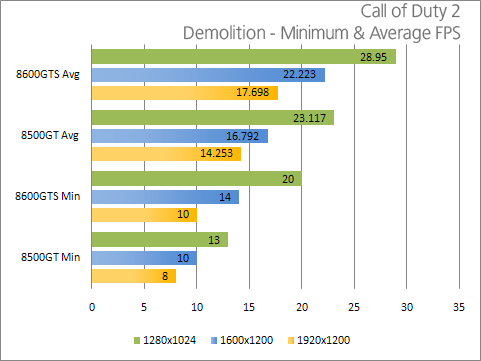 Like the other games here, CoD ran “playable” at 1280×1024 with random bouts of noticeable drag, but it wouldn’t be bad enough to keep me away from playing.