If you’re a PC enthusiast chances are you’ve heard of Spire and if you’re a car enthusiast the chances are you’ve heard of Pininfarina. If you’re into both the chances are good that when you heard those two words together your first thought was "WTF?". Well, Spire just didn’t pull a name out of a hat for this case, it was indeed designed by the folks at Pininfarina. This begs the question "Just what do car designers know about PC cases?" Read on to find out.


I’d like to take a second here and point out that the PSU has to be installed by removing the rear facade. The rear facade covers the screw holes so that’s the only way to deal with it. While I’m all for the monolithic look I’d like to see a few concessions made for practicality such as reliefs for the PSU screws so that the rear of the case AND the mobo side don’t have to be removed to install or replace a PSU in an existing PC. 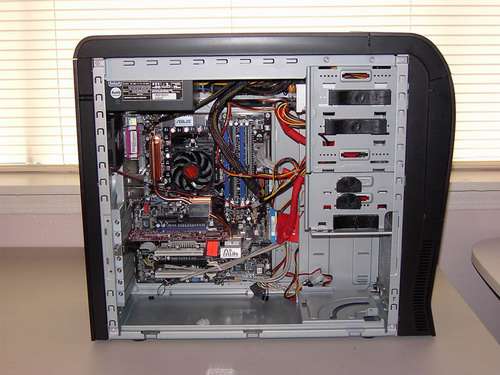 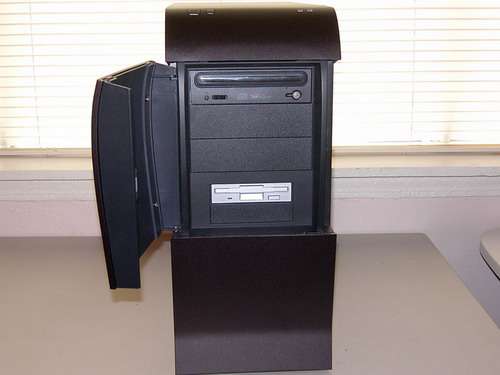 Once the mobo is in and wired up with the cables for the optical and floppy drives and PSU power it’s time to slap in the hard drives. 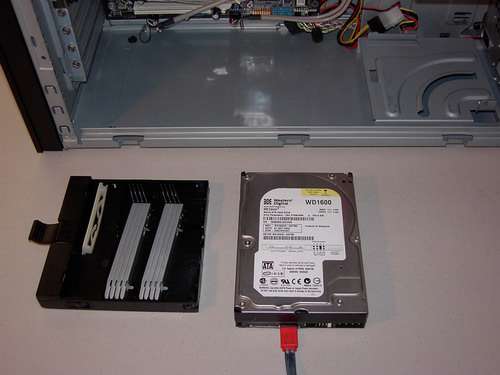 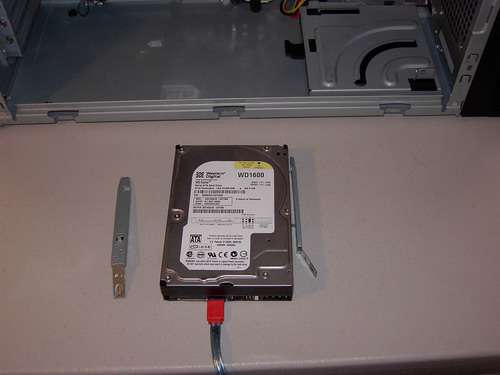 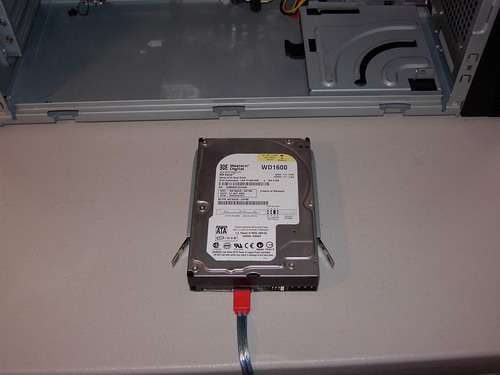 The Drive rails are totally screw less. You simply line the tabs in the rails up with the screw holes in the drives and press them on. After that slide the drives into the cage and the ears lock the drives in place. 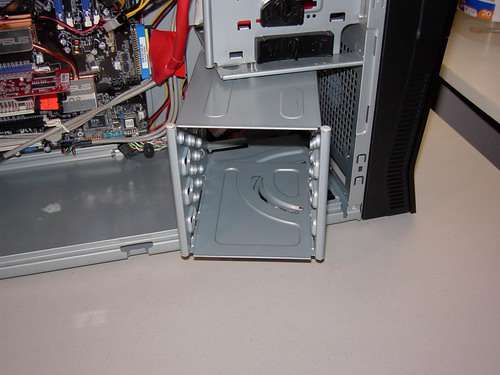 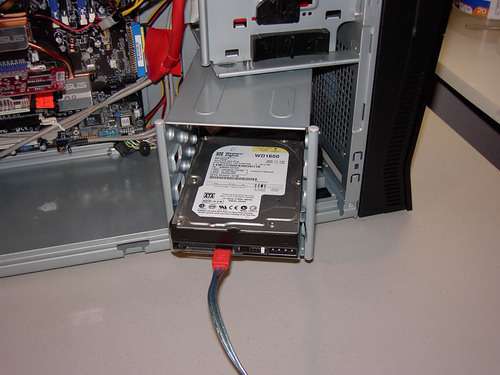 After the drive’s in place you pivot the cage around and put the thumbscrew back in locking it in. Replacing the strut bar wraps up the install. I’m actually impressed with the whole process of installing a PC in the Pininfarina. Overall aside from the PSU issue it’s a painless operation. Very impressive. I’ve built literally hundreds of PCs over the years and this was the most enjoyable case I’ve ever worked with. 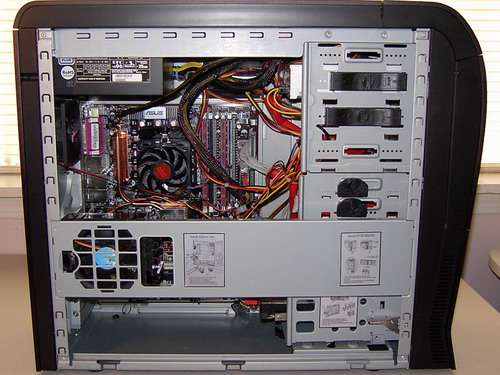 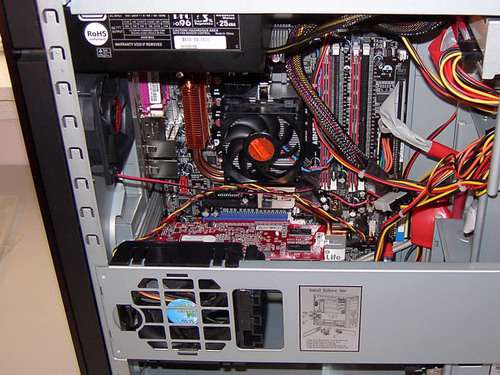 One thing I’d like to point out is the length of the bundled fan’s wires. They’re deplorably short! As you can see I had to stretch the wires across the mobo to reach an IDE molex for power to the rear fan. Yes, I know that this case doesn’t have a window and with the strut running across the side it’s not an ideal candidate for one but I still would like to see a bit more ease in hiding wires for the stock fans. This case runs in the lower "Premium case" price range at about $130 so a bit more polish on an already killer case would really be nice.