Welcome to your next post-apocalyptic adventure. Taken place after the Chernobyl power plant disaster, this game effectively mixes the FPS and RPG genre together, and does so quite well.

We hear you. You’ve played many the post-apocalyptic FPS and you want a break. Or do you? STALKER is not your typical FPS game, as it brings RPG elements into the mix. Although this may be enough to turn some away, I can assure you that you will not likely be disappointed.

The back story is based on the real life happenings of the Chernobyl nuclear power plant in the Ukraine, which exploded in 1986 and claimed many lives. As you would expect with anything nuclear, the effects were disastrous and didn’t only take the lives of those inside the plant, but also those of first responders. Needless to say, the entire area was left in an atrocious state.

Welcome to STALKER. You take on the role as “The Marked One”, a stalker who is to survive in the now physically punishing Zone area. This is not your typical FPS game, as the world is constantly moving, regardless of the moves you are making. Everyone in the game is a stalker, one who keeps on living by collecting artifacts and selling them for money and food.

The Zone is full of other Stalkers, some are your friends, some are neutral and of course, some are your enemies. As you progress through the game and stumble on others, you can tell the relation you have to them by the color of your cursor as you hover over them. If they are neutral, chances will be good that you can walk right past them without trouble, but if you help them out, you might become their friend. This is a good thing, as they might help you out later if you are in need and happen to be in the same area.

Stalkers marked red will kill you on sight, however. You will often find Stalkers that are your enemy for reasons you are unaware of. Other times you will create these enemies, by killing their friends or from the result of some other action.

You might ponder the idea of becoming friends with everyone, simply going through the game without doing anything wrong. That’s not often the way your goals will play out. Sometimes it will be necessary to kill some unknowing being because you are in need of health-restoration items or more ammo. It’s a sad reality, but it’s not exactly the most forgiving world. 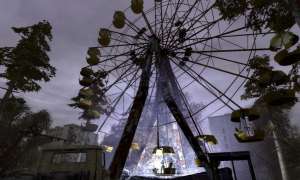 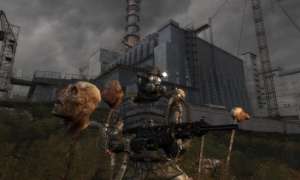 As you progress, you will receive new primary missions to accomplish. Luckily, you don’t always have to follow the strict path of these quests, as there are numerous side-missions to take care of. I had often found myself tackling those more often than the actual main quest.

One thing is to be said about this game. It draws you in, and you can make it your reality. The world feels alive since other Stalkers are constantly moving. Sadly, this does not result in enthralling gameplay as the AI is constantly stupid. I had seen friends and enemies alike try to shoot through walls and try to run through world objects. Similar to the way I play most of my games!

Despite lackluster AI, it does not mean that STALKER is an easy game, because it’s far from it. Even playing on an easier difficulty, the game is not made simple and you cannot run and gun, or you will die fast. I consider this a good thing. Games should be a good challenge. How else will you feel like you actually accomplished something?

There were a few instances when I did find the difficulty overly extreme however. Because of the ever moving nature of this game, one thing you realize quickly is that timing can be everything. In one specific instance in the game, I came out of a sewer only to be shot down by someone standing above. Luckily, I was in the habit of saving often (which you will learn to do also) so I was not that upset. 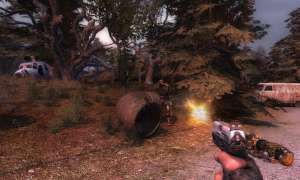 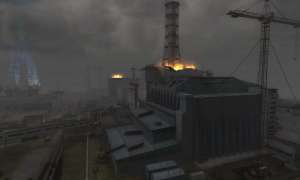 At the reload spot, I decided to wait an extra minute inside the sewer, in hopes that the other Stalker above would be long gone when I came back out. Sure enough, that was the case. So you can use this dynamic gameplay to your advantage, but it can also work to your disadvantage. I by no means consider this a bad thing. It keeps things interesting and helps maintain a real difficulty.

I will touch on the RPG elements a little more, as this is one of the areas where the game excels. Like the typical RPG, you have an inventory ready for filling up. In here, you will hold your armor, weapons, restoration items and other misc. trinkets. As with the rest of the game, this aspect is not made easy thanks to a few different reasons.

First, you have a somewhat low burden threshold, so you cannot simply pick up many different weapons and expect to be good to go. At a point, you will be so over burdened that you can no longer walk. Once I found myself in that situation while being shot at, I learned my lesson quickly. This again can be a good thing, since it means you cannot carry the entire arsenal of weapons at once. Instead, you need to be choosy and pick the weapons that will be most effective for you, depending on your gameplay style.

Believe it or not, this simple inventory can lead to your demise as well. Whenever you kill someone, your next step will be to loot whatever they had. Well, your first instinct will be to click the “Take All” button, since it’s by far the easiest way to loot. It takes too much time to sort through the few items they have to figure out exactly what it is you can use. As I mentioned, it’s an ever moving world, so taking your time will only lead to being shot at. 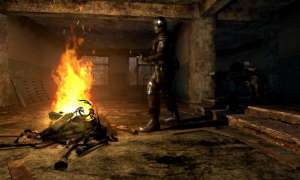 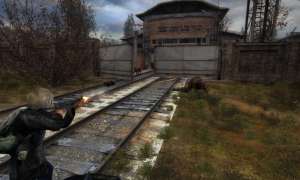 The Take All option can also lead to overburdening. Nearer to the beginning of the game when I was really “pick-up happy”, I was at one point were 40% of my total weight was pistol bullets. The best idea is to loot and then run to a “safe” spot, although no where in the game can be considered totally safe.

One thing I admire about the game is the fact that the weapons are realistic, and act realistic. You will not be shooting another Stalker across the field with a pistol… it’s just not going to happen, without luck. As far as weapons go, the realism is similar to Ghost Recon, but it sometimes takes a bit longer to finish another Stalker off. If you shoot someone square in the head though, they will die instantly.

Was STALKER worth the wait? It’s hard to answer that straight-faced, because the game was delayed quite a few times. It turned out to be a great experience nonetheless though. It effectively mixes two genres together and provides great gameplay that really sucks you in. As I mentioned, it’s not an easy game by any stretch of the imagination, so you need to be alert always. 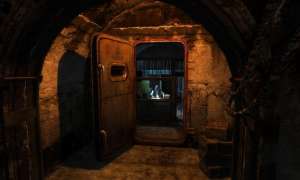 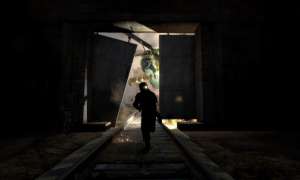 The Zone is a huge area, and scary to say the least. Throughout the Zone are anomalies which happen randomly and are specific to one certain spot. You can easily tell where these anomalies are because you can see radiation or leaves blowing around. If you step inside one, you will die very fast. However, after a given amount of ingame time, they will disappear and leave behind artifacts that you can collect and sell or use to help add protection to yourself.

STALKER is a winner if you are up for a great challenge and love playing a game that actually feels alive. The AI is less than ideal, but that doesn’t make the game any less difficult. STALKER will prove a challenge for anyone, regardless of your gaming skill, and possibly scare you out of your wits more than once.

+ FPS/RPG hybrid works well
+ Certain elements make the game feel like an offline MMO
+ Proves a good challenge for all players
+ Graphics are not top rate, but still does a great job of giving a feeling of being in a post-apocalyptic world
+ Realistic weapons and physics