Gamers hate lag, and many of them think that it goes hand-in-hand with wireless peripherals. So when SteelSeries stepped-up with its H Wireless headset, it was hard to not take notice given the company’s passion for gaming and eSports. With a unit in the lab, let’s find out if it’s actually possible to have a gaming-worthy wireless headset.

Keeping the conclusion of a review short can sometimes be hard to do, especially when the product is as amazing as the H Wireless, but I’ll do my best.

To say that the H Wireless impressed me is like saying that the Leaning Tower of Pisa is slightly askew. That thing is slanty as hell, and the H Wireless is absolutely incredible. Whether watching movies, listening to music, or playing games, there’s just so much to like about the headset. The sound is rich and full even when being upscaled from a less than perfect source, the lows, mids and highs are crystal clear allowing for even minute details to be picked out, and positional audio while gaming is just as good as similar priced headsets with dedicated audio drivers that I’ve tested in the past.

The recording capabilities of the microphone are fantastic, as is the battery life, and the range should be more than enough for most users. With a second battery sitting in the integrated charger, there should be no need to plug in the H Wireless directly, although I appreciate that SteelSeries has given users that option.

From a comfort perspective, SteelSeries has done everything right here as well. The foam on the cups and headband makes for long, pain-free sessions, and having the audio processed by software rather than output by individual drivers means less mass for the headset itself. 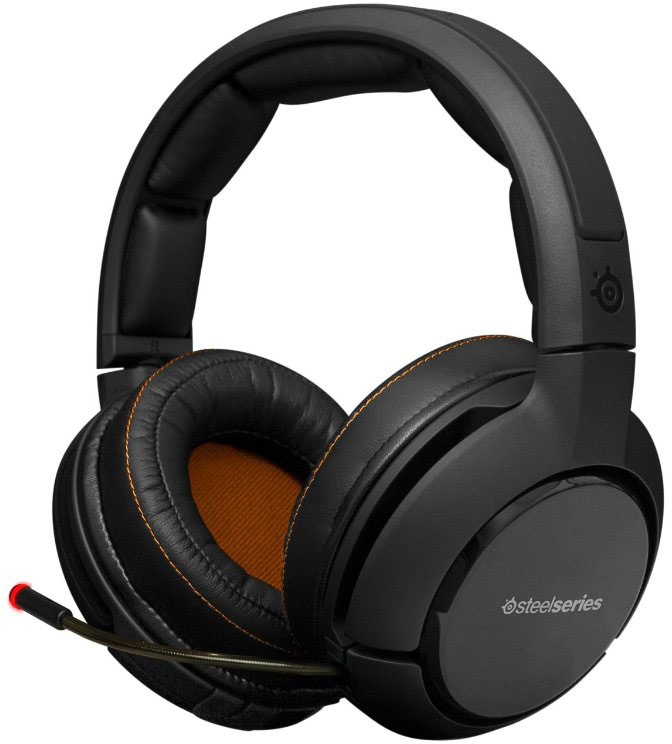 The only thing that I didn’t care for was how difficult rotating the covers on the outside of the cups could be. The glossy surface makes it very slippery and since the cups aren’t particularly thick, there’s very little room to try and grip the covers. I did notice that they seem to be loosening up somewhat, so the difficulty in removing the covers might just be during the initial break-in period.

My usual headset is a $60, wired, virtual 7.1 surround sound set of cans with a flip up boom mic, which I had considered to be respectable. Not so after taking the H Wireless for a spin, and not having to mess with wires along with the freedom of being able to move around the office while keeping the headset on has me spoiled.

Before we finish up, you might want to sit down for the price tag – how does $300 US grab you? I know, that’s pretty crazy for a headset, but because the H Wireless produces such amazing sound, and offers enough flexibility with regards to the number of compatible devices, the range and battery life, all while looking great, it’s hard not to justify the price premium. Whether or not hardcore audiophiles will be impressed is irrelevant as far as I’m concerned. For all around use and for gamers looking for that perfect sound, this is the headset to get.

If you have to, save your pennies for a little while longer and step up a notch, or two, or three from the headset that you may have been planning on buying, and score yourself an H Wireless. You can thank me later.