With our gaming mice being as advanced as they are, we’d hope that no one using one is also using a subpar mousing surface. While a mousepad might seem like a minor bullet-point for a gaming PC, it’s an important one, as a smooth, hassle-free surface can improve your aim and help you dominate. Can we say that about SteelSeries’ latest QcK pads? There’s only one way to find out.

Out of all of the bits and pieces that make up a computer as a whole, one of the most forgotten about is likely the humble mousepad.  Many will laugh at the idea of spending more than a few bucks for a generic surface, and worse yet, some might run their mouse directly on a bare desk.  Not only is running sans mousepad hard on the underside of the mouse, but it’s also murder on the finish of the desk, not to mention that the mouse may not track properly.

Those who play games that require split second, laser precise movements likely know that not all surfaces are created equal, and a generic mousepad or a bare desk isn’t going to get the job done on the virtual battlefield.  That’s why we’re looking at two new gaming surfaces from SteelSeries, the QcK Limited and QcK+ Limited.

As the name suggests, the QcK+ Limited is a larger version of the QcK Limited, measuring 45cm by 40cm compared to the smaller version the comes in at 32cm by 27cm.  Both are 3mm thick, feature a micro-woven cloth surface with a higher thread count than the originals, and are ready to roll regardless of whether an optical or laser mouse is used. 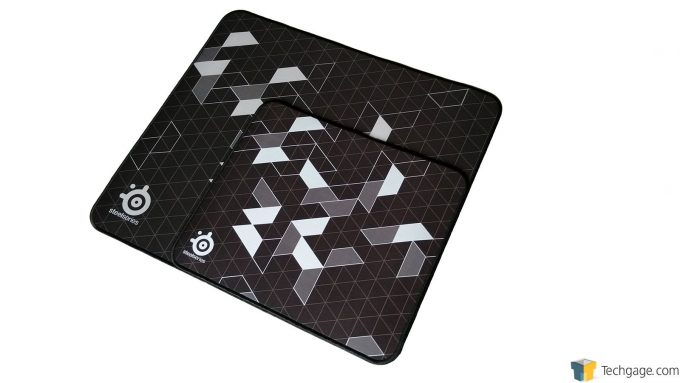 Both sport a black and white geometric pattern similar to the design found on the headband wrap of SteelSeries’ Arctis headsets.  In the bottom left corner is the company’s logo, while the outside edge features black stitching to keep the material from fraying over time. 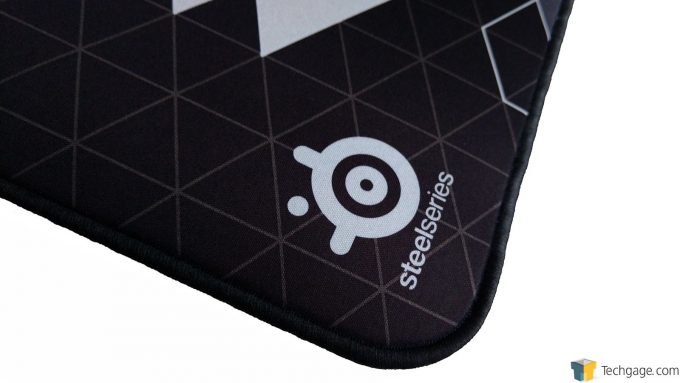 Flipping the mousepads over shows the non-slip rubber backing, complete with the SteelSeries logo stamped into it. 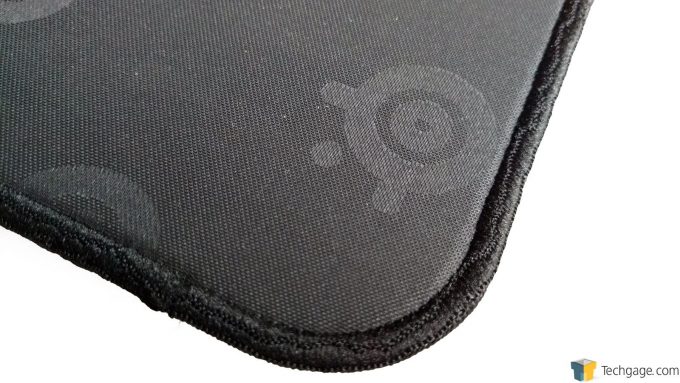 Here’s the SteelSeries QcK laid over the aging, gamer-oriented mousepad that I’ve been using for the better part of 3 years.  It’s showing its age as the outer edge is beginning to fray, although the mouse still glides over the surface quite well despite the lower thread count that’s noticeable in the shot.  To see if the new QcK Limited models are truly superior to a generic mouse pad, I swung by the office supply store and grabbed one as well.  Sexy, no? 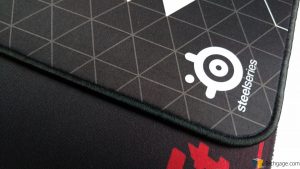 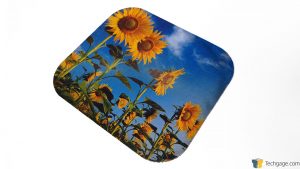 Our testing will be quite basic as we see how well the SteelSeries Sensei tracks at different movement speeds and sensitivities, as well as to test how easily the mouse moves about.  The marketing material for the these mousepads claim that the micro-woven surface was tested by the sensor manufacturer that SteelSeries uses (whom I can only assume is Pixart based on the latest crop of Rival mice), but does not go into detail about how they tested the surface.  Without trying to over complicate things, we’ll keep it relatively low tech and see for ourselves.

The QcK Limited was tested with the Sensei set at 1000 and 3000 DPI, before being cranked up to an absurdly high 8400 DPI.  At all settings the mouse tracked perfectly no matter where it was placed, and no matter how small or large the movements were.  When compared to the generic mousepad as well as my old mousepad, the results were the same.  Tracking was bang on with the SteelSeries offerings, which could speak volumes about the quality sensor on the Sensei, or it could prove that the high thread count is just marketing fluff to suck in consumers. 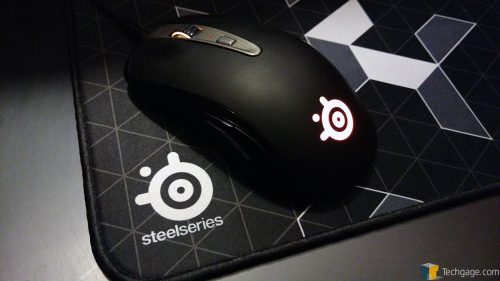 What isn’t marketing fluff is how the mouse moved during testing.  Movement was more cumbersome on the generic mousepad since the texture is rougher and the amount of friction generated as the mouse began to move was immediately apparent.  This made the mouse feel heavier and meant that more effort had to be exerted in order to get the mouse to begin its travel.  Small start and stops were harder to perform as the rougher surface grabbed the bottom of the mouse to a greater extent.  Things were much better after switching over to my old mousepad, but still nowhere near the level at which the mouse easily moved about on the SteelSeries QcK Limited.  Movements were slick and quick, and the high thread count reduces the gaps between the threads making it feel as if the mouse wasn’t being obstructed at all.

As mentioned in the introduction, the mousepad is likely often neglected, and it’s easy to write it off as an after thought since it just sits there.  The hardware and software of the mouse does all of the complex calculations, and our eyes work in conjunction with our hand to get the cursor or crosshair from A to B.  Rather than simply being a piece of material that protects the underside of the mouse and surface it rests on, a quality mousepad should make it easier for the sensor to track movement by providing a surface that it can accurately “see”, but also make for faster movements and less wasted effort.

During our testing we weren’t sure if the QcK Limited models helped improve tracking since the other mousepads used kept pace, including a $5 generic mousepad.  The SteelSeries Sensei is a top-tier gaming mouse with a fantastic sensor, so maybe that’s the reason.  It’s possible that sensor technology has come so far that the surface plays less of a part in all of this, and maybe a lower-end mouse would yield more of a difference when testing a generic mousepad versus a high quality gaming offering. 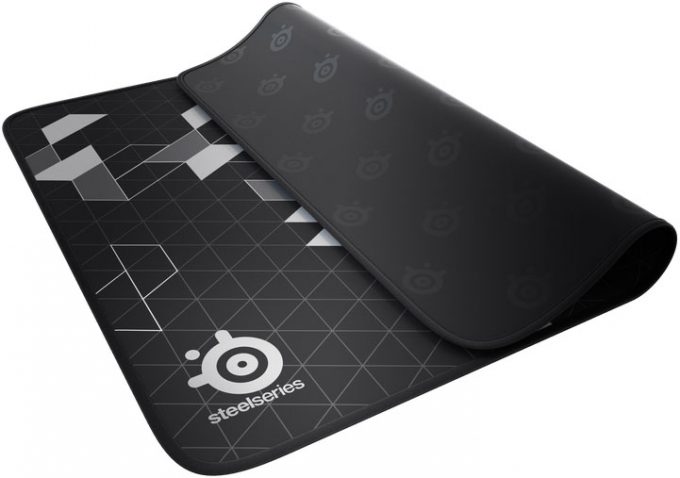 What saved the QcK Limited mousepads for us was the ease at which the mouse glides across the surface.  It’s astounding how smooth SteelSeries managed to make the surface, allowing for faster, seemingly friction-free movements, especially small start and stop motions.  The stitching around the edges is a nice touch to make sure that this slick material doesn’t fray, and the rubber underside kept it perfectly in place.  The fact that the design is modern without looking tacky is a plus as well.

At about $20, it’s four times more expensive than a generic mousepad, but that’s peanuts considering a mousepad will generally last folks years and years, unless they game 24/7, or destroy the thing with food or drinks.  The QcK Limited mousepads will likely last years longer than a generic surface due to the quality of materials used, so think of it as an investment that will cost less over time, ya cheapskate!