A term some companies love to overuse is, “A class of its own”, but in the case of SteelSeries’ Sensei, it’d be appropriate. This isn’t an ordinary gaming mouse – not even close. When was the last time you had to study up on features your mouse offered? For me, the Sensei becomes the first.

While “A class of its own” might work here, SteelSeries makes sure that no one ever uses the term “overkill”, because while the Sensei does have an enormous collection of features, the company has its reasons behind each one. That’s backed up by the fact that it wasn’t only SteelSeries who developed this mouse, but also a collection of the world’s best gamers.

Competitive gaming is an arena SteelSeries entered itself into early, long before it became as popular as breathing. With the Sensei, the company enlisted the help of at least 20 of the world’s best gamers, who play such games as Counter-Strike, Defence of the Ancients, Heroes of Newerth, StarCraft II, Warcraft III and League of Legends. This isn’t a mouse set out to appeal to one sort of gamer, but all types of gamers, regardless of their preferred genre. 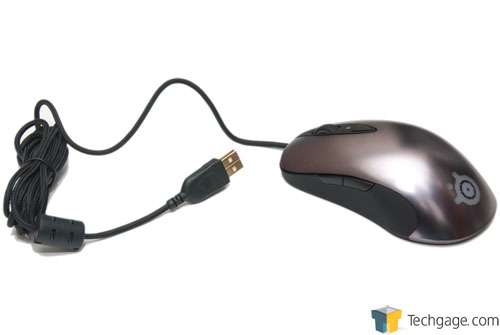 I’m a proud PC gamer, but there’s one thing I’m not: a good PC gamer. My ass being handed to me is pretty-well the only sort of action I see while playing competitively – but none of the matters. Professional or not, the Sensei is designed to cater to your needs, whatever they may be. Comfort and accuracy is something all gamers should be able to agree with.

Though the Sensei has just seen its release, not all of its features are unique. Rather, the mouse to bring most of this to the table originally was the Xai, a since discontinued award-winning model that delivered ultra-clean aesthetics and proven pro-gamer features.

Despite the fact that I have reviewed a fair number of gaming mice in the past, some that I’ve come to love, it never takes long before a family member or friend spots it and I cave into myself and offer it to them. This is not going to become the fate of the Sensei. This one stays – even if I have to bolt it down (that’d make for interesting usage).

A good friend of mine recommended the Xai to me on multiple occasions, as it became his favorite gaming mouse due to its comfort and feature set. Seeing as the Sensei is meant to be the same sort of mouse, just with even more features, I knew I couldn’t wait any longer. 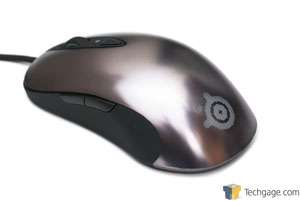 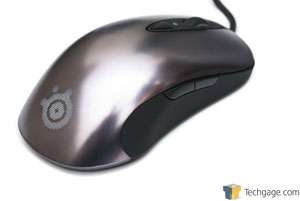 For the most part, the differences between the Xai and the Sensei are few, with the latter model having beefier specs overall – especially where CPI is concerned. It also has a new finish, a titanium look but plastic feel. The Sensei also brings something that SteelSeries itself in the past mocked other manufacturers for… lights. Hypocritical or not, lights can be attractive, and for those who don’t want them, they can be disabled.

As the Sensei offers a lot of functionality – much more than most people will need, I’ll run through the biggest features in rapid succession. For those wanting to dig deeper, the official product page has more details.