This years Stompfest LAN party happened last weekend in Indianapolis and Techgage was there to capture all of the action. Lots of energy drinks were consumed, and many prizes given out. Read on for a full play by play and pictorial.

8 am on a Saturday is early no matter how you look at it. There are times however, that you are somehow compelled to drag your lazy ass out of bed and get moving. It just so happens that it is 7:30 am on Saturday, September the 16th and today is the opening day of Stompfest at the Knights of Columbus on the north side of Indy. It’s 7:30 am and I have to drive to the north-east side of Indianapolis. I have a full tank of gas, 2 full Monster energy drinks, it’s early and I’m wearing sunglasses. Hit it.

If you are a gamer and live in the Midwest, more than likely you have heard of Stompfest. The event is popular enough and has enough draw that sites such as Tom’s Hardware in the past to cover it and this year’s event looks to be just as successful. Just as other’s have covered the event in the past, I will be on hand for Techgage to cover yet another potentially awesome Stompfest.

With any LAN event, you need people. Registration was open for 200 people and almost that many people had registered by the time the doors opened. When you arrive, you are greeted by the registration workers who issue you a name tag with your gamer tag on it. For the tournament, I am DarkSynergy. Aside from all the gamers, you need a network that consists of cables, servers, switches and power. All of these have been taken care of in advance so the attendees can pretty much set up, plug in and play. 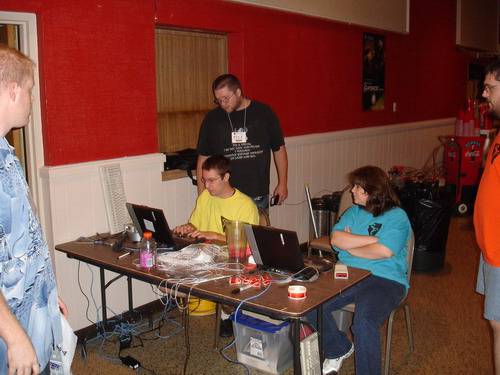 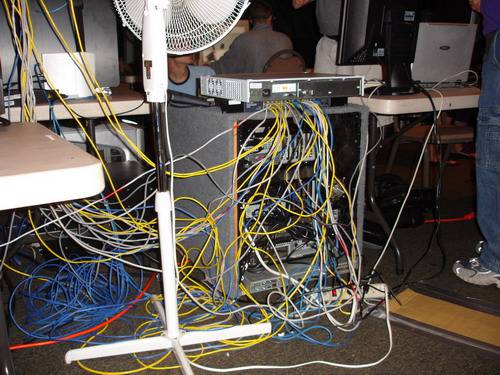 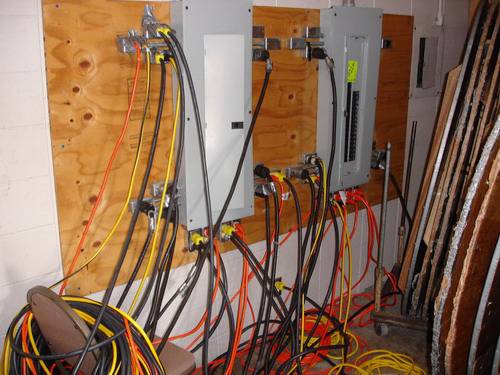 Starting at 8 am on Saturday and lasting until mid-afternoon the next day, people are going to need to eat and drink. Stompfest takes care of these needs well. Brad (Brizad) Smith, the organizer of this year’s Stompfest has taken care of all the essentials. Attendees will have a full service concession stand at their disposal that would put a high school football game to shame. There is pizza, nachos, hot dogs, chips, fruit, soft drinks and of course Monster and Bawls. With everything priced the way it was, it’s obvious that the organizers of Stompfest are not out to make money on this event, they just want everyone to be able to enjoy it to its fullest. 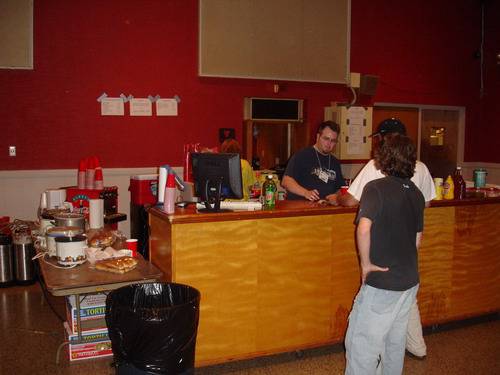 A LAN party isn’t truly a party with out prizes and swag and the prize table did not disappoint. The list of companies that supported Stompfest this year included, Antec, Cooler Master, Ageia, OCZ, fUnc, Activision, ATI, ECS, ThermalTake, Danger Den, and of course Bawls. The table was full and the attendees were excited. Over the course of Stompfest contests were held, numbers were drawn and prizes were tossed to the crowd. There was a good chance that you wouldn’t go home empty handed.

Swag is always an important part of any LAN party as it gives people who might not normally come to an event such as this a reason to show up. There are always your core gamers that will show up regardless to do nothing else but game. While they deserve swag too, all the extras give extra incentive for those to come out and join in the fun. We at Techgage were lucky enough to score some swag of our own to hand out.

The companies we were representing are well known for supporting the gamer and their donations were greatly appreciated. Ageia was kind enough to allow us to hand out one of their new PhysX cards from BFG and fUnc threw us some of their incredible mouse pads to hand out over the course of the party (if you have never used a fUnc, they are the best mouse pads I have ever used. Ever.) OCZ sent us a Tempest cooler, a 700W Gamestream PSU, some temporary tattoos, t-shirts and some killer OCZ camouflaged dog tags. All in all, things were going well in the swag department. 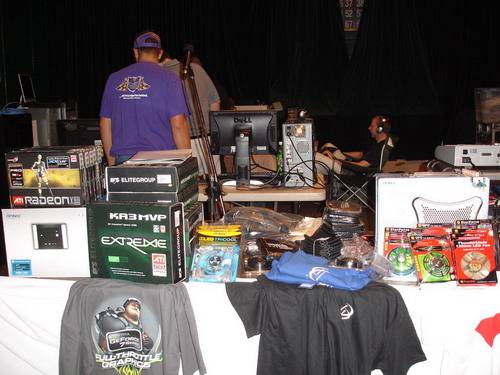 To kick the event off, Nuno played his rendition of Jimi Hendrix’s star spangled banner that he played at Woodstock. This was an amazing way to kick off Stompfest and certainly put me in the mood to headshot some fools. After the national anthem was over people started to settle into their seats and start pick up matches with each other, waiting for the tourneys to begin. 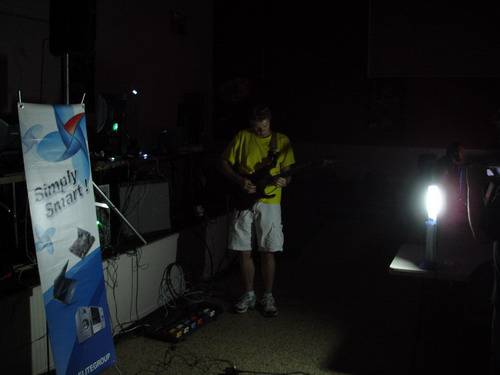 Over the course of the evening, there were many tourneys. First one up was Half Life 2: Deathmatch. This tourney was divided into 4 different servers with the top 3 from each combining into the final deathmatch. Having not played HL2: Deathmatch in a long time, I was surprised when I made it into the final round and finished 5th over all. Who says that it doesn’t pay to be lucky? Winner was Tsutter with Stoph coming in second.

Our Sponsors This Year