This is going to prove an easy conclusion to write, simply because we were so limited in what we could do with these low-end GPUs. After being spoiled by the likes of the RX 480 and higher, I admit it was quite the challenge to get these cards benchmarked even at the modest resolution of 1080p. The cards with 2GB framebuffers didn’t help matters any – nor did the fact that I created our test suite using super-high settings. In the future, I’ll be creating an entirely separate suite for lower-end GPUs so that our results are far more reasonable (and useful).

This is one of those occasions where I feel one of our “Best Playable” articles is truly needed, so over the course of the next few days, I’ll test all three of these lower-end cards more thoroughly to give you a better idea of what you should really expect. No one is going to opt for a game at 20 FPS, so I regret that some of our results are not too useful in their current state.

Fortunately, high settings or not, this apples-to-apples comparison paints some obvious pictures. First and foremost, we need 2GB framebuffers to disappear, and I hope this is the last GPU series that will include such cards. It’s been quite some time since I encountered errors in multiple titles due to a lacking framebuffer, and while I admit our game settings are quite high, errors due to the limited framebuffer at a modest resolution like 1080p is just disappointing. 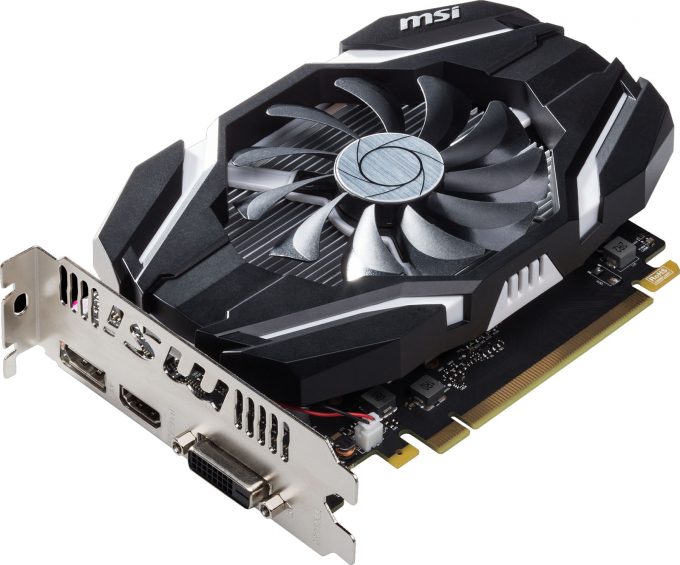 So let’s tackle this one card at a time. Where does the GTX 1050 sit? Well, as we saw throughout our performance results, it sits well ahead of AMD’s RX 460 in most cases. Even though both cards have a 2GB framebuffer, NVIDIA’s card somehow handled strenuous situations much more elegantly. Rise of the Tomb Raider was truly painful to play on the RX 460, even worse than the framerates would suggest, and Grand Theft Auto V hard-locked our entire system.

AMD had to have known that the GTX 1050 was going to be competitive, as it sent out an email a few days ago telling us that the RX 460 has dropped $10, to $99. That makes it $10 less than the SRP of the GTX 1050, but given what we saw in our performance comparisons, even $99 is too high. That of course assumes that the GTX 1050 will actually be $109 when it hits etail. If every single GPU launch since the spring tells us anything, it’s that you’re not likely to only pay SRP. It could be that some vendors end up gouging with the GTX 1050’s pricing, which would make it harder for NVIDIA to kill off the RX 460.

If the GTX 1050 is so much better than the RX 460, its purchase is a no-brainer, right? Well, if you want to spend as little as possible for a current-gen card, yes. But if you have any respect for yourself, you should really consider splurging on the larger GTX 1050 Ti. A couple of years ago, a 2GB framebuffer wasn’t much of a limit for most people; it served its purpose. But today? Games are more advanced than ever, and even at 1080p, we ran into a number of issues directly related to the smaller framebuffer. NVIDIA’s card handles those rough situations better than AMD’s, somehow (could be drivers?), but it still felt painful to test. Even though the 1050 Ti packs in just 20% more cores, I felt like its doubling of the framebuffer made an even greater difference.

As covered on the first page, the GTX 1050 gets a “Poor” 1080p rating from us at the moment, although that might change once further testing is conducted (for a Best Playable article). Poor shouldn’t be taken as “bad”; it’s just that our goal is to always hit 60 FPS, and on that card, it’s going to be extremely difficult outside of highly optimized, simpler games. Hitting 60 FPS will be much easier on the Ti variant of the card.

As always, etail pricing will alter the true value of these products, so hopefully all of our results in this review will help you make your decision. As mentioned a few times before, we’ll be following-up with a detailed look at the “Best Playable” results for each of these three GPUs, which could help you make an even more informed decision.