Sandra is one of those applications that enthusiasts are not foolish enough to leave out of their toolbox. It’s not only a memory benchmarking tool, but can test the performance of anything else in your system. They have recently updated their application to XI, which resulted in a small redesign of the app. 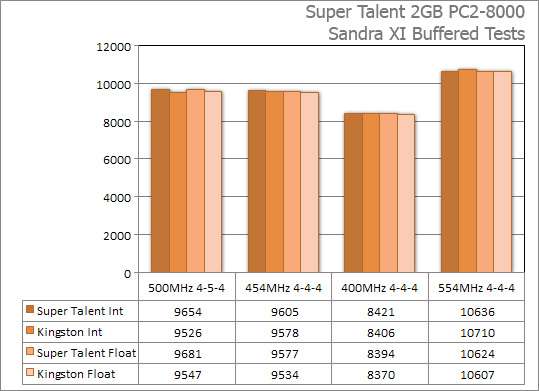 At stock speeds we managed to hit the 9500 area which is nice to see, and at our “max” overclock we well broke through 10K. 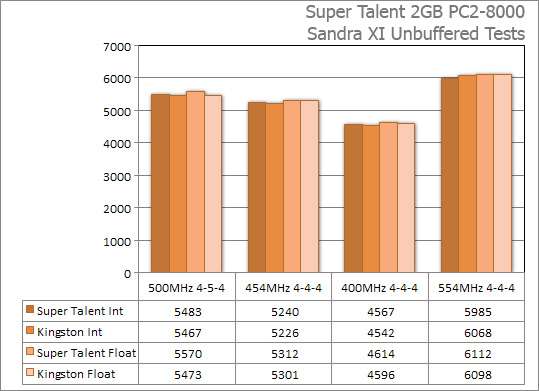 Before you take any creedance in our unbuffered results, please take a quick look at our precise settings. We disable a lot of CPU related optimizations to truly see the power the ram has. Breaking 6K at our max overclock is a sweet deal. It’s effectively 25% “faster” than stock DDR2-800 settings. 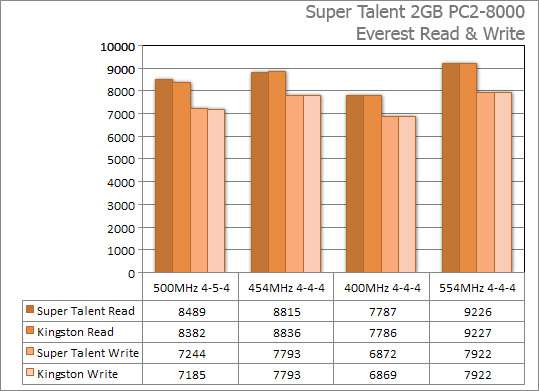 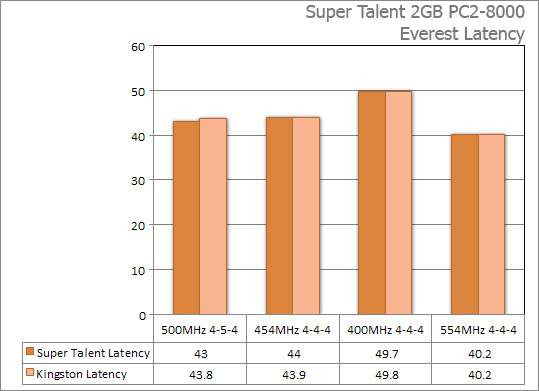 The results above were gathered after three runs of the latency test on each setting. Since each run can prove to make up a 1.0ns difference, I simply grabbed the average from the three. We came so close to breaking the 40ns mark, on both modules. It was a tease, let me tell you. 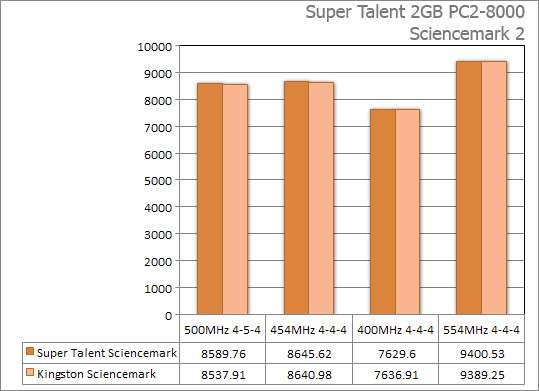 Neither kit had a definite advantage, but the Super Talent kit took the crown for three out of four runs.