Super Talent has been impressing us with their enthusiast memory over the past few months, and now they have gone ahead to release an MP3 player with a huge screen! In addition to MP3/WMA support, you can also view your images and even listen to the radio.

In this age of high tech, MP3 players are becoming a norm in society. Coming in many different shapes, sizes, colors and specs, its hard picking out the right one for you. Super Talent has released a new series of stylish MP3 players that offer a multitude of features that anyone would find pleasing. 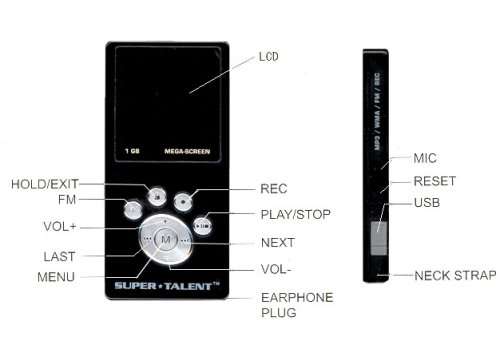 I do have to say I was quite impressed with the Super Talent’s boxing for the Mega Screen MP3 player. Its a gray box with a picture of the player on the front and the company’s logo. The bottom edge of the box shows what memory size the player is. Opening it you remove the security tape and slide the box cover off, which reveals the same box design as before. The flap opens up to reveal the player nested snugly and displayed nicely in the center. The booklet, driver disk and earphones are all inside the box shell, packed well so nothing wiggles around a lot. Overall one of the best boxes I’ve seen for an MP3 player of its price range. I absolutely despise those plastic bubble packages, and am glad Super Talent didn’t go that route in packaging. 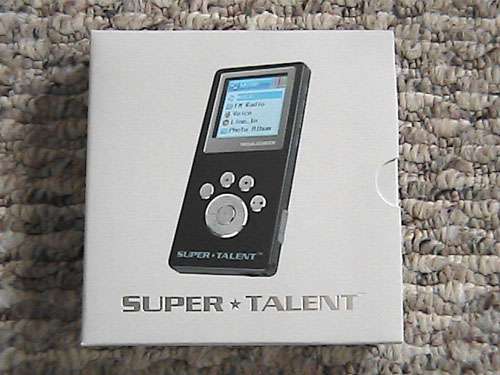 Taking the MP3 player out I was immediately taken with it, how smooth and sleek it looks, the size of the screen and the overall portability of the unit. Its quite small and very thin, can fit into any pocket on your shirt, jeans or in your purse easily. I like how the buttons are set up and they aren’t super tiny, which I like. 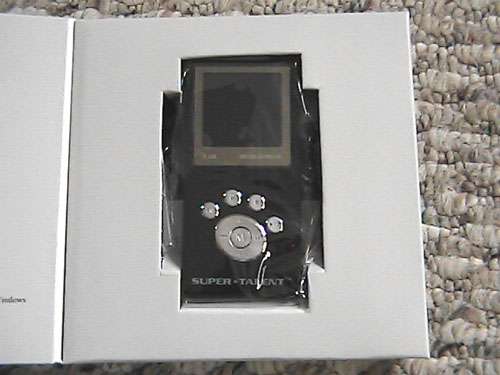 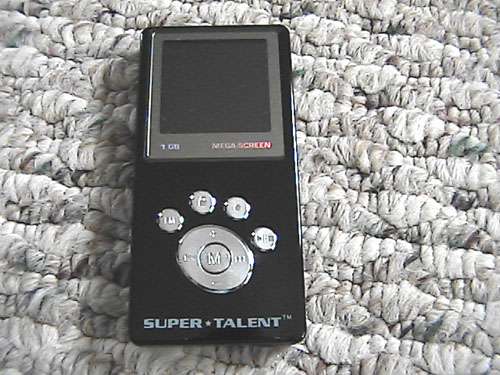 The only thing I was worried about was that the MP3 player is ultra shiny and smooth, and so finger prints and smudging would be an issue. 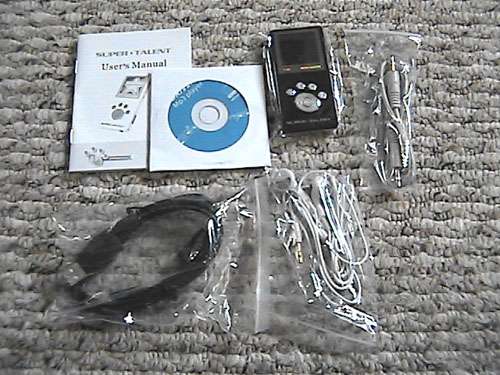 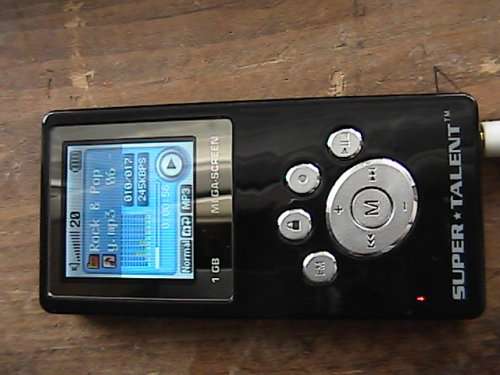