In computing we have many cooling options. Air, water and phase change being the most common in the enthusiast arena. Today we will be looking at a top grade kit from Swiftech and comparing it to a similarly configured kit from the competition and see if there is a clear winner or loser.

As today’s computers are getting faster we are starting to see a wider variety of cooling options hitting the store shelves. There are three basic types that enthusiasts normally encounter and those are air which is the cheapest and easiest to configure. Water which adds a degree of difficulty but is far more efficient at removing heat and phase change which is the most expensive and the most difficult to configure. Today we’re focusing on water.

Water cooling is gaining in popularity and we see new kits hitting the scene on a nearly daily basis. The kits are varying in cost and difficulty from the fairly cheap small self-contained kits by the likes of Evercool, Coolermaster, Thermaltake and Kingwin to name a few and going to the more elaborate fully DIY kits by such names as Aqua Computer, Innovatek, Swiftech, Danger Den and Asetek. I know my lists aren’t nearly a complete listing of the major players but it does sample several known players in the low dollar and high-end water cooling niches. 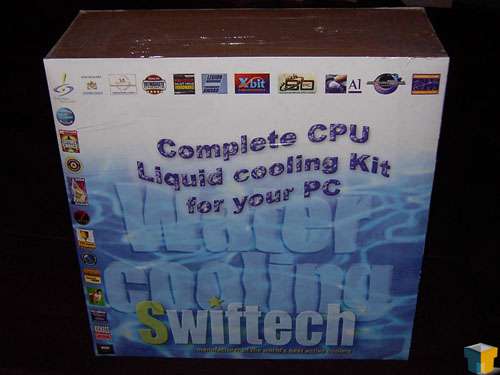 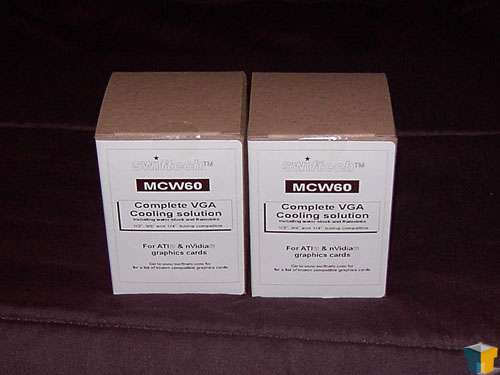 Many DIY makers also offer pre-configured kits that are ready to install in your PC. These usually consist of plumbing, pump, radiator, fans, clamps, mounting hardware and normally a CPU water block. Today I’m looking at the Swiftech 220-H2O Apex Ultra kit and the logical add on of 2 MCW60 GPU blocks for an SLI/Crossfire system.

*For reference, stock cooling solutions for current high-end CPU’s are specified by manufacturers between 34 and 38 dBA.