Power requirements are spiraling up with each release of high end graphics cards. The 6800 Ultra required two molex connectors the 7800GTX actually used a bit less but the 7900GTX pushed the wattage up further as did the 7950GX2. Now the 8800GTX pushes that requirement even further with the highest wattage requirement to date, in fact it’s so high that there are just a few PSU’s that are capable of feeding an 8800GTX SLI setup. The Tagan TG 1100 U95 is one of those that has been certified by nVidia as meeting their criteria for SLI 8800GTX action.

Recently certain sites have been poo-pooing the Turbo Jet 1100 stating that the design won’t handle more than 800 watts and that based upon the failure of a unit at 680 watts on the 12V rails it is indeed a fact that it’s not capable of it’s rated wattage. I say doo-doo occurs. So one site got a bad unit, so what? If we tried to claim that, based on the failure of one unit, any given model of PSU was garbage there would be no power supplies on the market capable of running at their rated wattage. crap happens, things break and people "in the know" often think that they know more than they really do.

I’m a meat and potatoes kind of guy. I believe what my eyes show me and I just love proving that what someone says is an impossibility is possible. Will I prove that today? Read on and find out.

First off let’s take a look at what Tagan has to say about the TJ 1100:

For a more complete look at what the TJ 1100 has to offer you can read the data sheet on Tagan’s site. 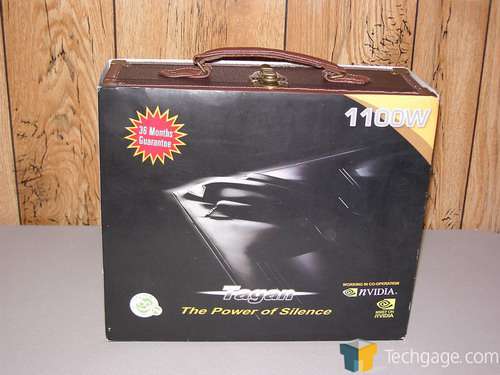 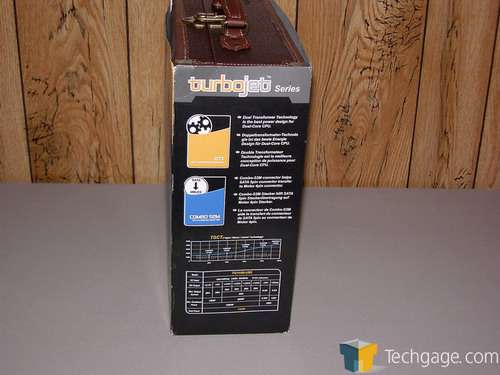 The TJ 1100 comes in a briefcase (for lack of a better word) with a cardboard cover. The cover features the usual full color graphics trumpeting the features and ratings of the unit. 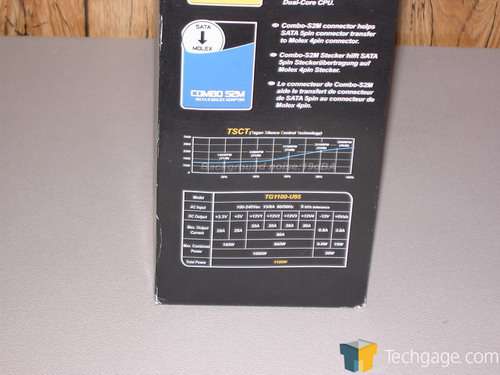 The rails are rated for: 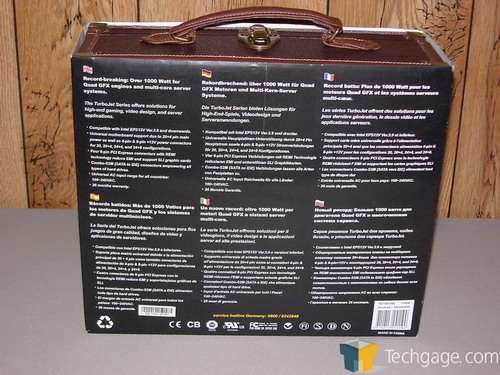 The rear of the box features a spiel about the features and benefits of the unit and why you should buy it, nothing out of the ordinary here and the norm for any product seeking to part you from your hard earned dollar.