The other side panel shows the various connectors. There’s 10-SATA, 3+1-molex, 8 pin EPS, 4 pin ATX 12V and a 20+4 ATX. Yes, I know that the molex count is weak but you get 4-SATA to molex converters, yes, that’s right, they’re the reverse of what you’re used to seeing. Instead of making a molex work with SATA devices this makes SATA connectors work with devices requiring molex connectors. This future proofs the unit for SATA devices when they become the norm but also allows for the support of the current (and past) crop of ATA and EIDE devices along with peripherals that use molexes for power. Along with the adaptors for the molex connectors there’s also a molex to dual floppy converter for those of you that need a floppy drive. 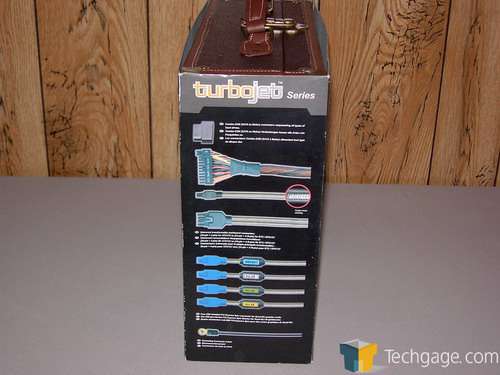 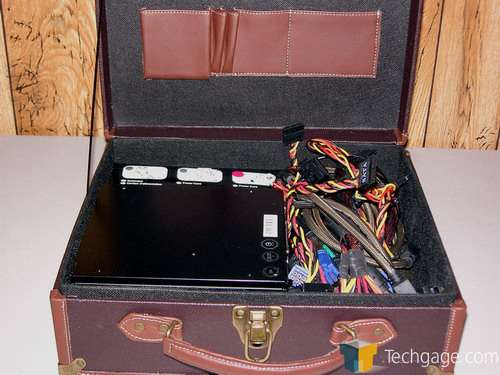 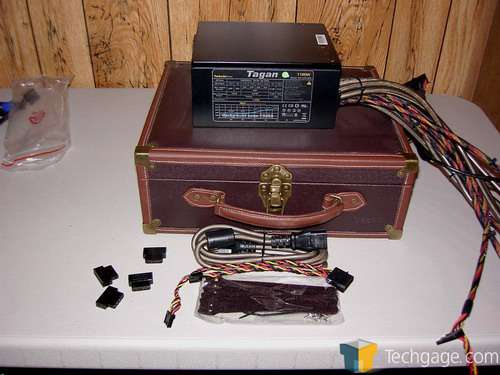 Inside the box is the PSU, the manual (not pictured) and a box containing the power cord and accessories. you get the SATA to molex adapters, the molex to floppy adapter and screws and a couple of zip-ties and velcro straps for keeping unused cables neatly out of the way. 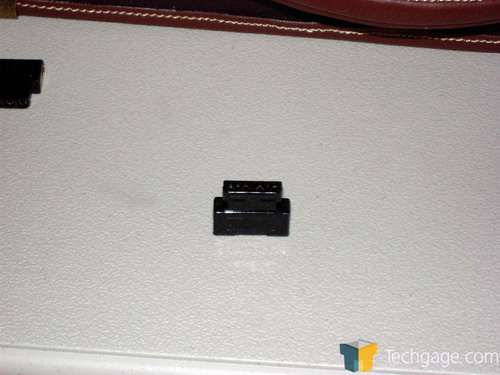 Here’s a closer look at the SATA to molex adapter. Yes it’s a bit on the largish size but it works just fine with molexes that are as close together as 1/4". 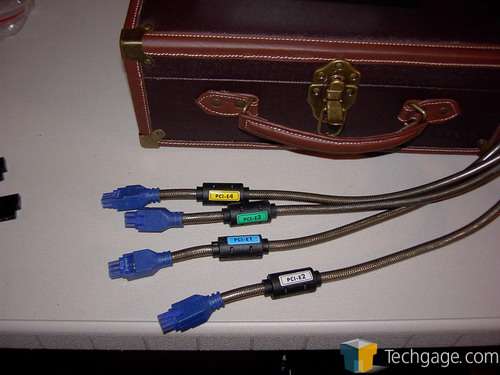 The PCI-e connectors are on the largish side as well, some have run into fit problems with the 8800GTX due to the closeness of the power plugs on the cards and the oversized nature of the plugs on the power cords. I’m sure that shaving a bit off the plug jackets won’t void your warranty as long as you don’t cut all the way through. The cables are sleeved in a white weave with a smoke colored transparent plastic jacket. There’s also a choke on the PCI-e lines to help lower noise to your cards. 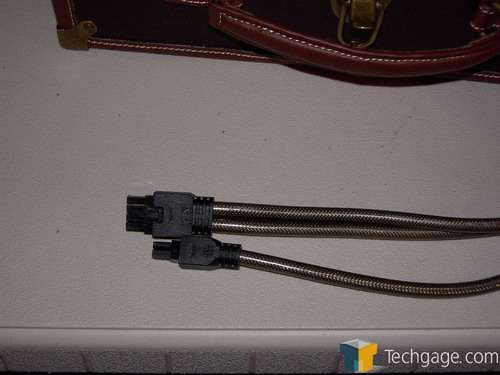 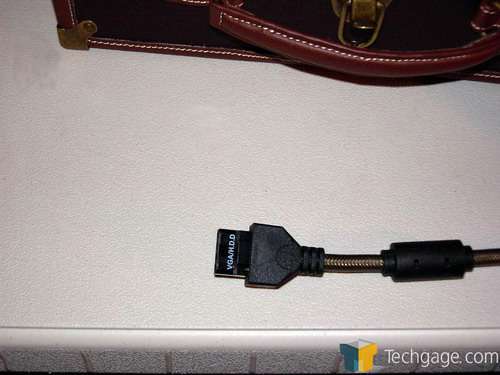 Now, in the list of connectors I listed 3+1 for the molex connectors, here’s the +1. The TJ 1100 has a connector designed to be used with the older AGP cards that require a molex connector. I think this would be a boon to users with water pumps due to the choke mounted on it, that choke can help to prevent any line noise generated by a 12V pump from being transmitted to your hard drives. As you can see it also shares the same sleeving as CPU and PCI-e cables. 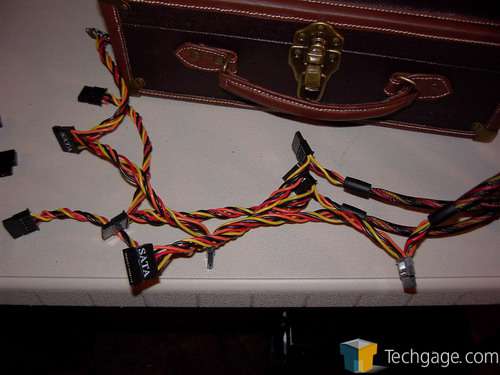 The rest of the cables are sleeved with a more standard mesh with molded plastic ferrules rather than heat shrink terminating the sleeving. The sleeving stops at the first connector on the line and the wires are bare from there on out. Note that they’re twisted so they’re still neat although I’m sure that over time they’ll lose the twist if steps aren’t taken to keep them that way. I’d like to see them zip-tied at the very least to help combat untwisting. 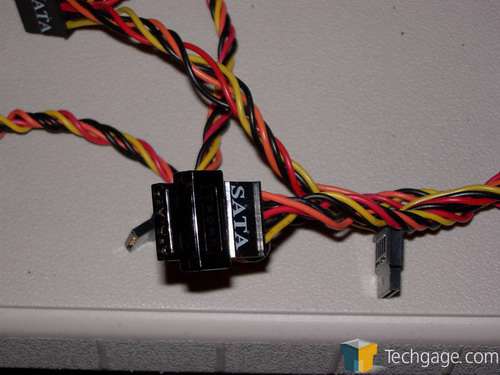 Here’s a look at the SATA to molex adaptor mounted on the SATA plug. They look a bit on the cheesy side but they do the job. 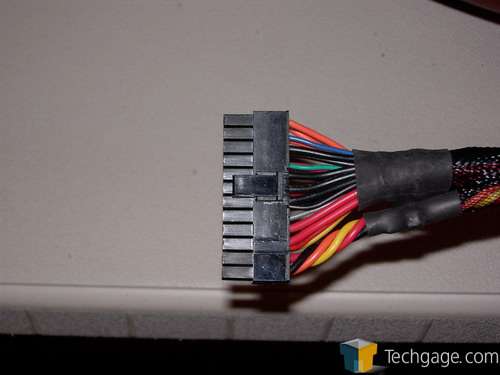 The 20+4 ATX is unusual in the the +4 pins are sleeved separately from the rest. Sadly they’re zip-tied to the ATX cable but that’s just a matter of cutting the zip tie and tucking that part out of the way if need be.