Taking a Look at Mafia II and its PhysX Use

Mafia II pits you as Vito Scaletta, set out to rule the streets of the fictional city “Empire Bay” throughout 1945 – 1957. As the latest game to feature NVIDIA’s TWIMTBP branding, Mafia II features both 3D Vision and PhysX support. We’re taking a look at the latter to see just what it is the game offers in the physics regard.

In the world of shooter titles, there’s no shortage of certain themes. Post-apocalyptic. World Wars. Futuristic. “Modern” fighters. Heck, even the western genre has been seeing some love over the past few years. Where there has been a relative shortage, though, is with Mafia-themed games, so those who are fans, are no doubt anticipating the launch of Mafia II later this month.

The original title in the series, Mafia: The City of Lost Heaven, had you play a once-innocent and very confused taxi driver named Tommy Angelo. As the game progressed, you rose in the Salieri family ranks, and for the most part, Mafia II looks to deliver a near-identical premise. Here, you play as a World War II veteran named Vito Scaletta, a Sicilian drawn in by the mafia lifestyle in order to make a quick buck.

Vito, whose father passed away while he was at war, found his family suffering with incurred debt, and it becomes his goal to rid the situation by any means necessary. The game takes place in a fictional city called Empire Bay, which as you can probably guess, is a cross between New York City and San Francisco. From what I’ve seen in the demo so far, hints of both cities come out well. 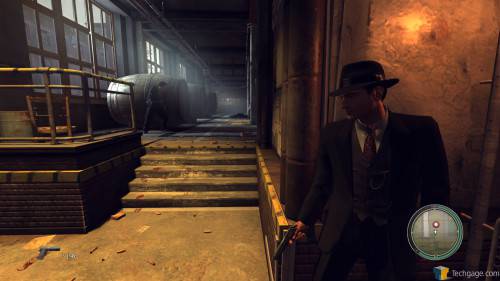 I unfortunately never played the original Mafia game, but as it was quite well-received, I had rather high expectations for the demo – compounded by the fact that NVIDIA is once again stressing it as a showpiece for its PhysX technology. In this article, I’ll talk a bit about the demo that’s become available today, and also its PhysX elements. The full game will be released on August 24th.

Although for the purpose of this article I am focusing on PhysX, NVIDIA is also helping to market Mafia II as being a validated 3D Vision title. Unfortunately, as I’m unable to see in 3D (yes, it’s true), this isn’t something I tested out. What I did test out, though, was the full ~20 minute demo a few times over to get a decent idea of what it offers where PhysX is concerned.

In the benchmarking guide for the game, NVIDIA stresses that the level of physics seen in Mafia II just wouldn’t be possible to such a degree if we were relying on just the CPU. It’s hard to agree with such a statement, since we don’t have a truly CPU-optimized physics engine out there, but as it is today, PhysX is clearly the best option for physics. As far as I’m aware, NVIDIA is really the only company that’s putting such a focus on it, and it must be appealing to some, because I have personal friends who continue to go for GeForce cards with PhysX being one of the major draws. 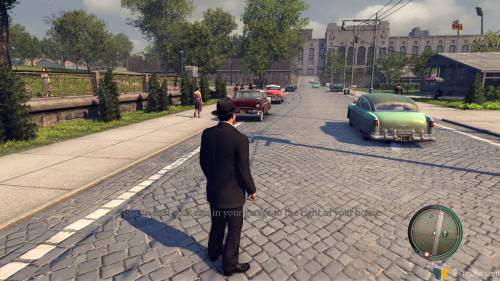 The Mafia II developers are said to have taken full advantage of NVIDIA’s Apex platform, which enables the ability to implement various PhysX modules, such as Destruction, Clothing and Turbulence, into a game rather seamlessly. I saw Apex in action this past January during CES, and I was left rather impressed (so impressed, that I really wanted to take the demo PC home with me).

So what exactly does Mafia II bring to the PhysX table? Well first, let’s take NVIDIA’s word on what the game lacks when PhysX is turned off:

In the game, there is no such thing as a “Low” PhysX setting, but rather just “Medium” and “High”. High is merely Medium, but with its particle count amped way up (from 3,000 to 10,000). Here’s a verbatim list of PhysX features:

There are a couple of particular instances during the demo that NVIDIA focuses on, because the PhysX usage there is both interesting to learn about and to look at. Explosions, for example, have real calculated force behind them, and aren’t simply pre-designed. So things like wind speed, position of objects and other things can render an explosion differently.

Many objects throughout the game world are destructible to a certain extent, and in particular, the demo allows for a lot of gunfire to hit structure pillars inside of a warehouse. As you shoot at someone who’s hiding behind one, the concrete will fly off as a result of your gunfire, and you can see the internal pipes exposed. It’s a little difficult to tell, but it appears that if you shoot a big enough piece of these pillars off, you might actually be able to knock someone on the head who’s underneath it.

Of course, there’s also realistic clothing strutting its stuff here, with things like jackets and pants actually reacting to the real world. If you brush up against someone or something, your clothing should react as you’d expect it to in the real world.

The demo features a “Benchmark” mode that shows off many of the PhysX effects that the game offers, so for the sake of ease and the plus of having all the effects condensed into a two-minute video, I simply recorded that in lieu of actual gameplay. I can say that the effects in this video are on par with the real world implementation.

As I mentioned earlier, this is not a performance look at Mafia II and PhysX, because I’d rather save that for when the full game gets released. For this article, I’ll just wanted to let the screenshots speak for themselves, and also talk about my experiences a little bit.

Once in the game, the first thing that came to mind was “Grand Theft Auto: Mafia”. We’re dealing with different developers here, but there are certain aspects that make Mafia II feel like Grand Theft Auto IV… the game world, the less-than-perfect character control, the driving difficulty and so forth. I’m not particularly a fan of GTA IV’s control scheme, and neither am I with Mafia II’s. But, I suspect it could be easily gotten used to after an hour of playing.

The demo lasts only 20 minutes, but in that time you find yourself on a mission to end some “unstoppable” being’s life. During this play, there is quite a bit of action, and many explosions. For some reason, some of the warehouse scene reminded me of Max Payne, especially when a Molotov Cocktail or two are thrown about. 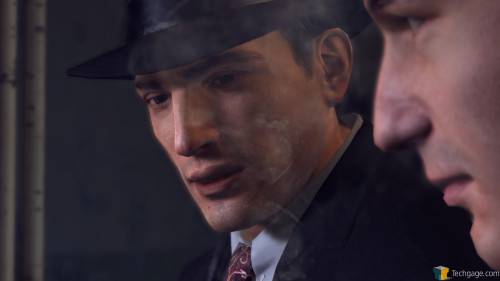 During one of my run-throughs, I suffered quite bad lag, which is odd because I was only running the game at 1920×1080, and on a GeForce GTX 480. When I say “lag”, I mean ~10 FPS, decreased from ~60 FPS or wherever it was at. Strangely, after I died and reloaded, the performance went back to normal, and all was good. This issue isn’t unique, and I’ve experienced it as far back as the map add-on pack for Unreal Tournament III. A dedicated GPU is definitely recommended for the best experience, it goes without saying.

If there’s one thing the demo proved to me, it’s that Mafia II isn’t an easy game, and that’s a good thing. Being in the Mafia in real-life sure wouldn’t be easy either, so the realism in the game is appreciated. I can’t wait to give the full game a go when it comes out later this month. At that time, I’ll both review the game and pit it against a current fleet of graphics cards, with and without PhysX, so if you are interested in that kind of performance information, keep an eye out.