On the lookout for the best cooling system and greatest power supplies for your money? We’ve got you covered. Our cooling guide will help you find exactly what you are looking for and then we top it off with a recommendation of three stellar power supplies.


When you’re buying a PSU for your geek you have to look at their personality along with the big picture. Are they using it for a mid range PC? Do they buy the latest and greatest at each upgrade refresh cycle? Are they neat freaks? Are they happy with their PC and have no plans to upgrade soon? What’s your budget? The list could go on for days.

When you’re looking for a PSU it’s hard to know what’s hoopla and what’s something that matters. There are plenty of PSU’s that promise the moon and stars but don’t deliver so I’m going to wade through the mish-mash and lay out three units that have something to offer in the $300+, $200 and $100 categories. 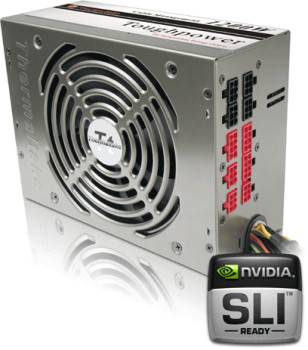 Since we’re talking about geeks, we’re most likely talking about the guys (or gals) that like to go big early. They buy the very latest stuff when it comes out and it has to be the bleeding edge. If that describes the geek in your life then the answer is simple, the Thermaltake W0133RU 1200W modular PSU is a must have.

It’s got the power to run anything you throw at it along with very tightly regulated rails, slick modular interface and forward compatibility for when three way SLI hits the market. It’s one of the few power supplies on the market with the cable load out to accommodate three 8800GTX’s or Ultra’s along with the power to not cry uncle when the squeeze is on. Not only that but it runs considerably less than PC Power & Cooling’s 1200W offering while being on a par with it. 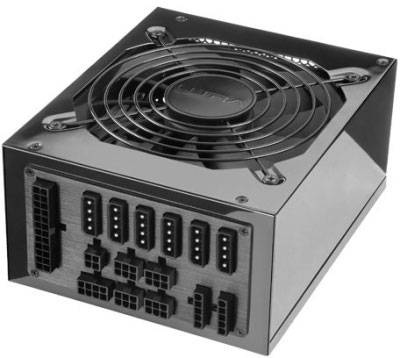 If on the other hand, your geek isn’t quite as demanding they won’t need nearly as much power which is easier on your wallet. This brings us to the Ultra ULT40071 X3 800W PSU. It’s set up to accommodate SLI or Crossfire in everything up to the highest end cards currently out and it has the power to back it up. It’s got enough clean power to keep most any user satisfied and on top of that it’s got one of the best modular interfaces ever seen. Fully modular at that! Couple that with the cool FlexForce cables and striking black titanium finish and it’s a winner. 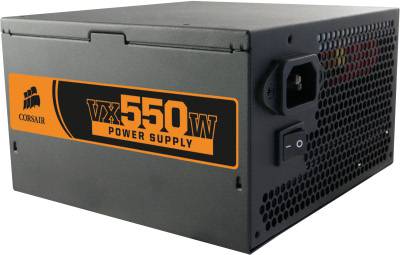 If your wallet won’t quite keep up with the latest and greatest and you still want to buy the geek in your life a really high quality PSU, don’t fret, because Corsair has put U back in budget. The trouble with most budget power supplies is that by going cheaper you sacrifice either looks or power.

With Corsair’s VX550W that’s not the case. Yes, it’s not a chrome beast but it is a very good looking beast. It features a very well painted textured black finish, fully sleeved cables and racing stripe inspired badging. But wait, just because it looks good doesn’t mean that it’s slacking off in the power department, oh no. It’s got a very strong engine under the hood, in fact it’s a bit under rated.

At what calculates out to be a 550W load (going by the V*A method) the VX550W was pushing out 555W. Not only that but the voltages are very stable and very clean. For a lightly loaded enthusiast gaming rig with a single HDD or a pair in RAID, a single optical drive, mildly overclocked quad core, SLI 8800GT’s or GTS’s and a couple of gigs of ram this PSU would fill the bill, all for under a C note.

We hope that it helped you in your purchasing decisions this season, and if you are left with any additional questions or comments, please feel free to post in our related thread! No registration is required to post within this thread. Happy holidays!