by Matt Serrano on December 17, 2007 in Editorials & Interviews

Our Gift Guide continues with an exhaustive look at the entire spectrum of available video cards for all price-ranges. On top of that, we also give our top five list for monitors which range from the reasonably priced to the ultimate drool-worthy. No matter your budget, we have you covered!

Why does our ‘gamer’ category fall between the ‘midrange’ and ‘high-end’ category? As our experiences have shown, the vast majority of serious gamers still seek a balance between performance and value. Cards in this category are a notch above our ‘midrange’ picks, with more powerful GPUs and more memory, but there’s still some performance headroom left in the market for those with deeper wallets. Also of note is that this price bracket allows us to introduce the new AMD Radeon HD 3800 series video cards to the mix.

SAPPHIRE 100226L (Radeon HD 3850 512MB) – This card falls squarely in the middle both in price and performance. Sporting a 512MB frame buffer (double that of the AMD spec cards), this card should handle your 20″ or larger monitor better than the stock 256MB version. Coming in around $200 you should get decent performance without breaking the bank, but if that’s still a lot of scratch, there’s still the 256MB version. 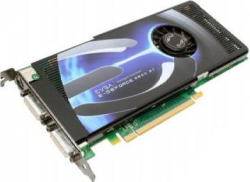 We’d characterize these cards as “top-of-the-line mainstream” – these are cards that have been around for a little while, and have high adoption rates, but still push the envelope of performance. If you’ve got to have high frame rates for gaming, this is the category for you.

SAPPHIRE 100215L (Radeon HD 3870 512MB) – At the top of the Gamer category the HD 3870 barely slides in under the $250 price cap. The HD 3870 performs on par with AMD’s former top of the line HD 2900XT but with significantly lower power consumption. A word of warning, this card has a two space cooler which will make it difficult to use more than two of them in a Crossfire setup, however it will help keep the card cooler without significant added noise. This card gets our vote for best price/performance in this category. 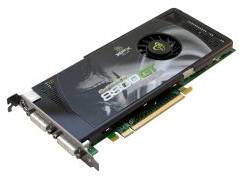 This is the “price is no object” category. For those of you who don’t care what it costs, and simply have to have the absolute highest performance out of your system. If you’re that guy(or girl) who wants to run at maximum settings on a 30 inch monitor, this is your category. In this category it really has more to do with whether you’re an nVidia or AMD fan.

SAPPHIRE 100211 (Radeon HD 2900XT 1GB) – AMD’s current powerhouse, this card will run you in the neighborhood of $450. It will also handle pretty much anything you throw at it. Expect to use a big power supply with this card, and a decently large case. 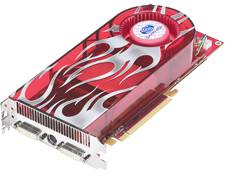 EVGA 768-P2-N881-AR (GeForce 8800Ultra 768MB) – With nVidia’s top of the line offering coming in at around $650, you’re probably better off snagging a pair of 8800GTs. However, if you need a single-card solution or a no-holds-barred SLI monster, and you’re an nVidia fan, this is your best performance option. If you need still more high-octane performance, go for the Superclocked version (768-P2-N887-AR). 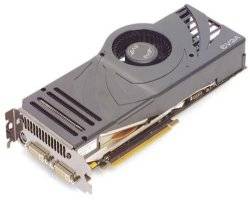 The number of available graphics options for the AGP specification is dwindling, and for good reason – many of the machines that still have AGP slots use CPUs that are so old and slow that in all actuality, you’re really better off considering a full system upgrade, especially given the low prices we’re seeing on low-end CPUs, motherboards, and memory. Still, if you need to wring out the last bit of life your AGP-based system has left in it, here are a couple options. Both of our recommendations come from Sapphire’s lineup of Radeon-based AGP products, as their solutions seemed most attractive in this category.

SAPPHIRE 100219L (Radeon HD 2600XT 256MB) – If you’ve got an AGP system that just refuses to die, this offering from Sapphire is probably what you’re looking for. Coming in at just over $100, this is one of only a few DirectX 10 capable cards you will find for AGP.

SAPPHIRE 100182L (Radeon X1550 256MB) – If you only need to bring an AMD-based system up-to-date for Windows Vista, or if you’re only running very old games, this Radeon X1550 card from Sapphire fits the bill nicely, with plenty of onboard RAM. This card can be had for less than $65, which is good news in a market where the number of available options for AGP is shrinking rapidly. This card only supports DirectX 9 games, but it passes muster in our “Will It Run WoW?” test.

At this time last year, video card buyers were left with a quandary for which there seemed no easy answer. The very first DirectX 10-compatible cards roared onto the scene with NVIDIA’s G80 GPU, and the GTS and GTX flavors of their GeForce 8800 product – and they were a no-brainer, – you had in excess of $400 to blow on a new high-performance card. However, the options were far less palatable, leaving many wondering whether it made more sense to spend their money on the cream of the DirectX 9 crop than spring for an underpowered entry-level DirectX 10 card. At the time, DirectX 10 was, for the most part, an unknown quantity, since no games were available that used the technology – we were only being tantalized with the first hints of Crysis and Alan Wake.

This year, however, things are far different, with quite a few new DirectX 10 game titles, and both AMD and NVIDIA serving up attractive midrange options. Also, for the first time we’re able to say “DirectX 10” and “Under $50” in the same sentence. In fact, we’re almost tempted to say that things have never looked better for those looking to buy a new video card, and that things are only expected to get better in the new year. We can’t wait to see what AMD and NVIDIA have up their sleeves, but as far as offerings for the 2007 holiday season are concerned, it’s difficult to go far wrong with any of our recommendations.

With the GPUs out of the way, let’s check out what Matt Serrano has to recommend for his top five monitors this holiday season!