For this article, I picked three special games to benchmark thanks to their popularity; Borderlands 2, Metro: Last Light and BioShock Infinite. I had hoped to get a couple of others in, such as Hitman Absolution and Far Cry 3, but due to various hassles, I ended up scrapping them. However, the games that are here are quite good both from a graphics and gameplay standpoint.

For this game, I wanted to test with a place that featured a lot of PhysX, to see how the GTX 780 compared specifically to the GTX 680. So, I loaded up Frostburn Canyon, took a left and went up and over the bridge to do battle with a number of enemies there. For some reason, this is an area that utilizes PhysX a lot more than others, so it’s a great place to take in all of the eye candy. Details are completely maxed out for this game. 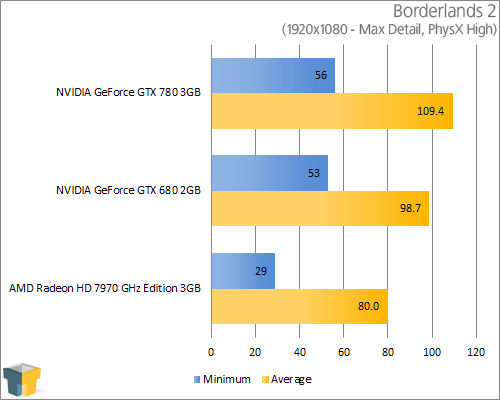 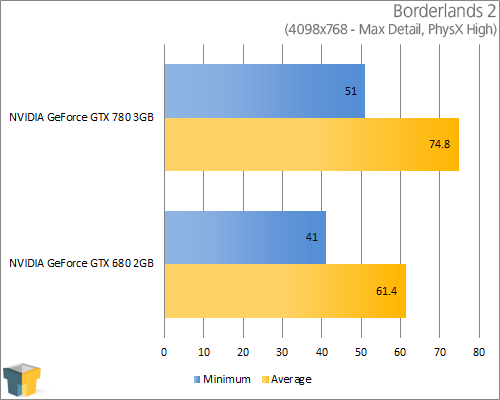 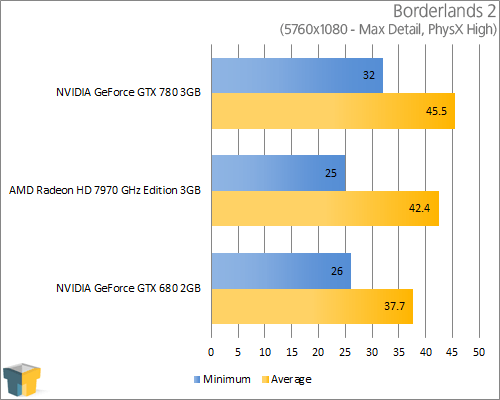 Well, these results are a bit interesting. With the game’s heavy use of PhysX, I had assumed the HD 7970 GHz would fall far behind, but not so. At our max resolution, it even manages to surpass the performance of the GTX 780. Not bad! Great performance all-around though for all cards, but not surprisingly, the GTX 780 reigns supreme.

While I normally shy away from built-in benchmarks or timedemos, I’ve opted to use them for this game, and the next, on account of me never having played either (thus, no saved game). Fortunately, the built-in benchmark with Metro: Last Light is quite good, and thorough. Graphics options are mostly maxed, with the overall detail level sitting at High (not Very High), along with the Tessellation at Normal. 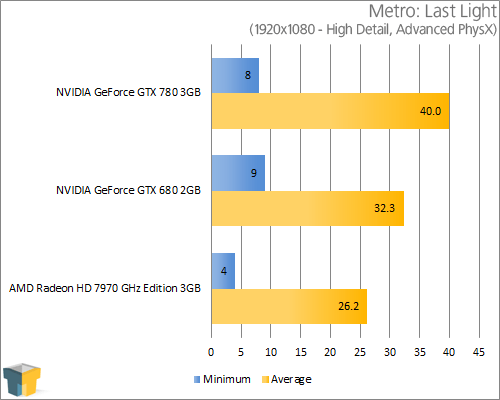 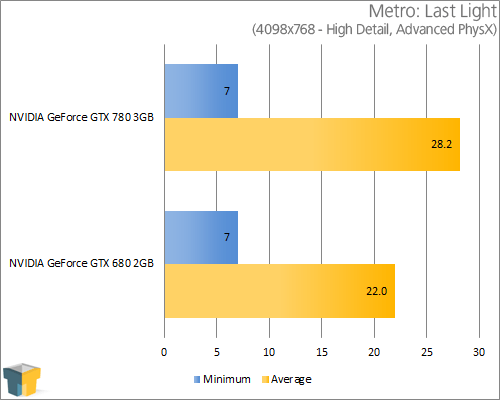 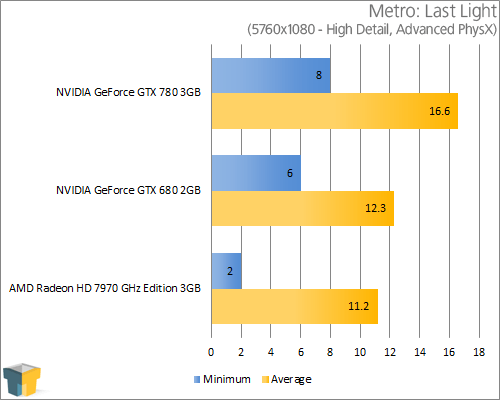 Jamie raved over this game and for good reason. It’s an epic adventure, and it has some stellar graphics, chock-full of eye-candy. Of course, it was worth benchmarking, especially since the game perfectly supports multi-monitor out-of-the-box (cheers, Irrational Games!) Here, we simply use the built-in benchmark utility, with the graphics options all cranked in-game. 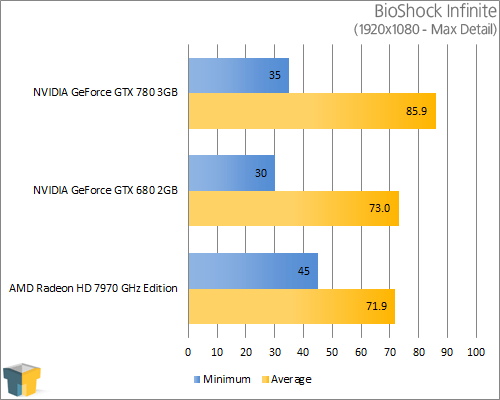 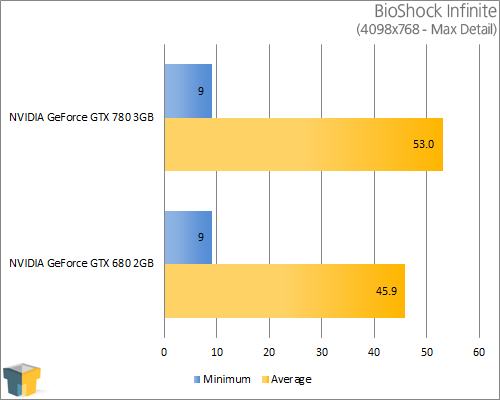 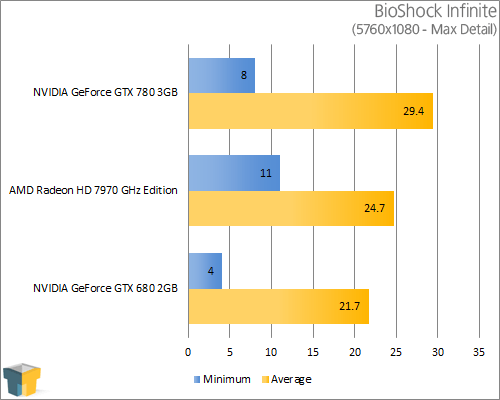 Given what we’ve seen between the battle of these GPUs up to this point, I’m a little surprised AMD’s HD 7970 GHz didn’t come closer to NVIDIA’s cards here than it has given BioShock Infinite is a title the company is heavily-promoting. Where it did crawl ahead was at 5760×1080. Once again, that 384-bit memory bus has allowed the card to breathe.