Note: (xx.x°C) refers to ambient temperature in our charts. 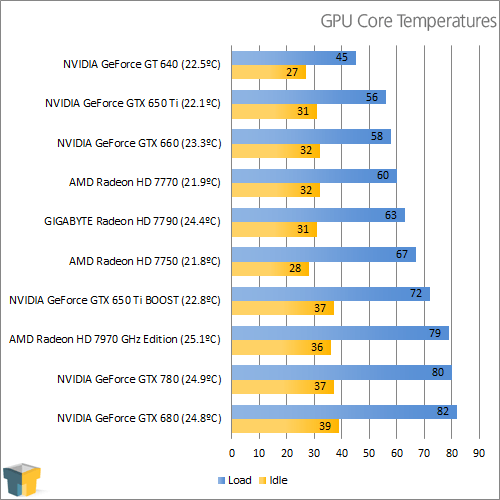 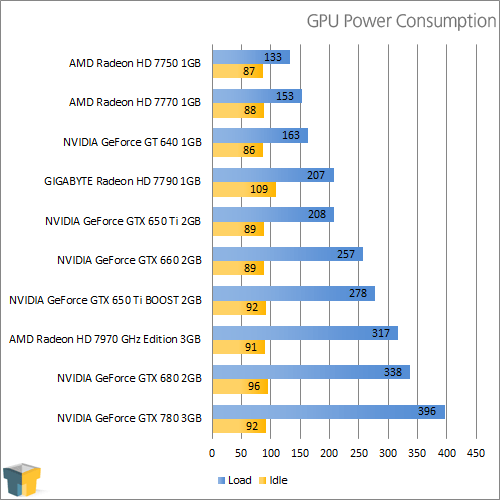 NVIDIA’s GTX 780, as mentioned in the intro, has a higher TDP than the GTX 680 (it’s 250W vs. 195W) – an increase of 55W. In our testing, that value was almost perfectly reflected; we saw +58W. To be that spot-on with the TDP is rare; there’s definitely some truth to NVIDIA’s marketing here.

Beating both the GTX 680 and GTX 780 with both power and temperatures is AMD’s HD 7970 GHz. AMD’s cooler isn’t nearly as cool looking (in my opinion) as the one found on the GTX 780, but it does seem to be efficient.

With that, it’s onward to the final thoughts.