A common complaint against multi-display gaming is the bezels, and it’s one I don’t entirely disagree with. But at 3×1, bezels are almost a non-issue, because your main screen isn’t affected by them. 3×2 introduces even more bezels though, so for certain genres, they can become much more than just a nuisance… they could be considered to be a major impedance on your gameplay.

One exception is with racing titles, and after all of my testing, I found that I much preferred 3×2 for racing, while I preferred 3×1 for most everything else. The reason is simply the physical screen size. When you have a truly huge display to look at, the game simply becomes far more immersive, and real. Both of those aspects tend to be important considering that these games are meant to offer utmost realism.

Dirt 2 was no exception to the benefits of Eyefinity, and overall, the game was simply a blast to play across multiple displays. In the example below, our 3×1 configuration allowed us to see much of the valley below, while we could only see a snippet with a single display. Despite the added view with 5760×1080 though, I’d still opt to play games like this with 5760×2160. My mind might be swayed if I was playing with 3×1 with 30″ displays at 7680×1600 or even much larger 1080p displays, however. 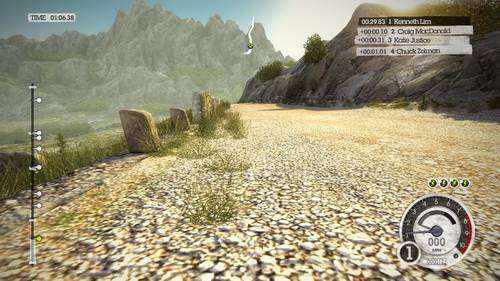 GRID might be one of the oldest games we’ve tested with here, but it scales with multiple displays well, as seen in the sample below. It’s a little difficult to portray through text just how immersive a racing title can be with multiple displays, and in some cases, it’s something you truly have to experience yourself to understand.

Even without looking directly at the alternate displays adds to the experience, because you can see the barriers on the sides of the race track whirring by, just as the environment would be outside your car in real-life if you were racing. 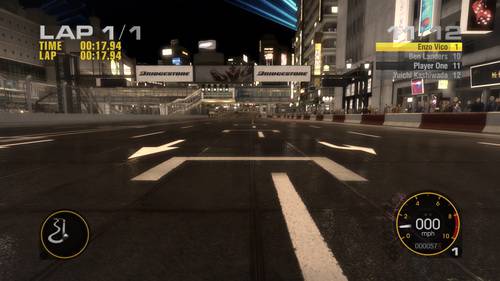 I believe I messed up a little with our SHIFT test here, because the vehicle in the 5760×1080 test seems to be backed up just a little bit compared to the others, despite beginning the race the exact same way each time. The differences are still clear as day, though. Your peripheral vision is amplified with 3×1, but the game can become even more immersive with 3×2 (again, unless you are doing 3×1 with very large displays). 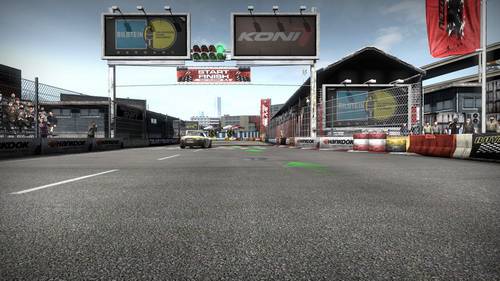 One genre I somehow entirely overlooked during all the testing for our Eyefinity article was flying. I couldn’t track down my Flight Simulator X DVD, so I stuck with a title that AMD itself uses to show off the capabilities of Eyefinity: Tom Clancy’s: HAWX. Once again, the differences are clear, and if you ever play a game like this on multiple displays, I believe it will be simply impossible to go back to using just one. The difference is unparalleled, especially with games where realism is at the forefront. 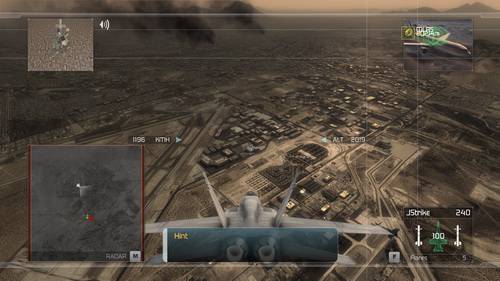 Of all the games we tested with here, few are quite as hardcore as Windows Solitaire. As we’ve seen throughout many of our previous examples, having multiple displays can not only increase the immersion factor of a game, but also help you become a better player. Windows Solitaire is no exception, as across multiple displays, you really do feel like you’re in the game world. There were even a couple of times where I almost jumped out of my chair and screamed, and I know for certain that wouldn’t have happened if I played on a single display.

Oddly enough, this is another title the doesn’t benefit too much from 5760×1080, although we do see much more of the game world. But in a game like this, visibility is key, and at 5760×2160, there’s less of a chance that a card will elude you, which also decreases the chance of you being called a noob by your friends and family. Frankly, I’m quite surprised that this isn’t a title AMD uses to help push Eyefinity. It sells itself! 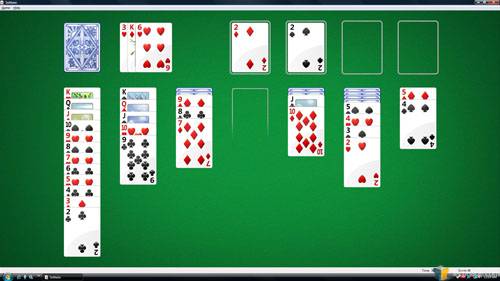 Whew. I can’t remember the last time I captured so many screenshots across a multitude of games at various resolutions in rapid succession like that before! I felt that these kinds of comparisons needed to be done, though, because even after posting our in-depth article on Eyefinity last week, I didn’t quite realize myself the major benefit that a wider resolution delivered.

Rather, it took looking at the actual screenshots side-by-side when all of it became clear, and since doing that, I’m completely sold on 3×1 (1920×1080) being the best configuration for multi-display gaming. Running games at 5760×2160 has its own set of benefits, but even it doesn’t compare to the amount of the game world that 5760×1080 gives you. It’s important to note that this rule would change if a developer specifically designed the game to show more game world at such a resolution. I am not sure any games available today work that way. At least, none of the games we tested here did.

In a competitive game, 5760×1080 is even more important, because as you could see with virtually all of the games we tested with, you actually do see 300% of the game field/world compared to your 1920×1080 opponent. The added depth is so stark, that some many even consider such a setup to be cheating, but at the end of the day, it really isn’t. Many gamers can see a similar effect if they increase the FOV, but you’re simply not going to have the same good-looking game. 5760×1080 still looks natural, not like you’re looking at the world through glasses with prism-shaped lenses.

There’s really nothing left for me to say. So back to hardcore gaming for me… a six of hearts is calling my name.