I’ll start this off by being completely honest – I’m not much of a gamer anymore. Actually, there might be people that would argue with that point… but I am not a modern gamer, I should say. I don’t own a fancy desktop, Eyefinity, a 120Hz display, or even a monitor of more than 22 inches. The graphics card to my now defunct desktop is an NVIDIA 8800GT – I had a pair of them when they were new, and I never even used them for SLI. Really, a 22-inch display doesn’t require it!

Well, it’s not that I’m not a gamer – it’s that I’ve grown quite picky about what I’ll spend money on, and what I’ll play. When your computer turns to a MacBook Pro and your PS3 and Wii are your game-based company, you start to think about games you missed. Since my PS3 (luckily) has the backward-compatibility chips in it, I have a veritable wonderland of “retro” gaming at my disposal. And that’s a good thing, because the last game to really get me excited was BioShock.

Much of what we see nowadays is, let’s face it, crap. These are not the games that got us into gaming in the first place. Many of them are overpriced and overdone tech demos, with eight hours of playtime and no replay value (I’m looking right at you, Crysis). Granted, it’s always been this way – it’s not like crap games are something new. But through the cycles of hardware and generations, there’s always been some glistening diamond in the rough.

I don’t mean to sound like there’s no good games today – but history has not spoken on the current releases (I’m quite sure most will be forgotten), and nothing quite proves worth like the march of time. Since systems have retired and OSes have moved ‘forward’, some of the great old games have developed dedicated followings of people trying to make sure they work as time goes on. Not every game is worth that effort!

So, I’ve taken a little time to look back and see what games gave me goosebumps back “then,” and still do now (in no particular order). I want to share with you some of my favorite gaming history, and what made them so great in my book. And if you have some choices you think I missed (or just want to add to the list), hey… that’s what the forums are for!

Descent – Because vertigo is a good thing

Does anyone who ever owned a computer or a Sega Saturn NOT remember this game? According to Wikipedia, it also was on the PSOne, but I must have missed that release. Personally, I was playing it on my computer back at its release in 1995. I couldn’t get enough of it – though anyone who walked in the room while I was playing thought they might have to leave from fealing nauseated! 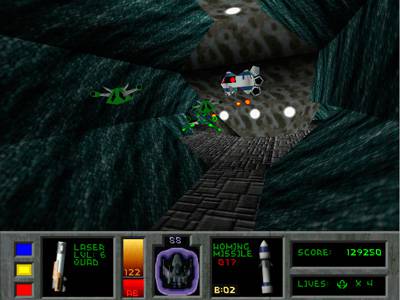 The spinning, twisting, zero-G world created by Parallax Studios was both dizzying and amazing. Free of the concept of “up” or “down”, the game radically redefined what a “shooter” could be. Even the story was compelling – you started as a hired gun for a beleaguered mining corporation trying to protect its miners, but the snippets of mission briefing slowly clued you in to the fact that you weren’t working for any saints. Over time, you could easily start to wonder if you’d be doing any of it were there not hostages to save… and really good pay. 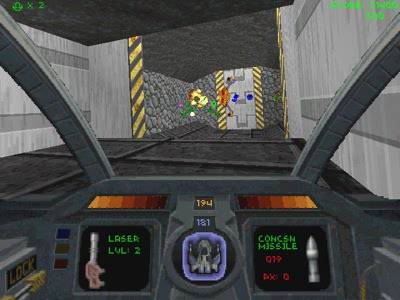 Descent was a bit of a showcase game when it came out, but oddly it’s never really been “repeated” ever since, aside from its first sequel. I, for one, miss the cramped quarters and disorienting mines, and wish we could see it re-done in all its glory. Until then, it seems nothing will ever come close.

Deus Ex – Because choosing sides is hard when everyone’s lying

Have you ever been put in a situation where you thought you were right, but then realized that there really is no good guy? Whether it be warring friends, family or corporate workplace struggles, we’ve all had points where the decisions seemed clear at the time… but then just all fell apart. At least those decisions weren’t world-altering… that is, unless you were JC Denton.

Brainchild of Ion Storm’s Warren Spector, Deus Ex was anything BUT a first-person shooter – despite the fact that it did that incredibly well. For the probably five people who haven’t played, I won’t get too deep into spoilers, but suffice it to say that everybody lies, and most of them are fairly good at it. You start off as a glorified cop defending the world from terrorism, to find yourself knee-deep in intrigue, power struggles and a world much greater than you first imagined. 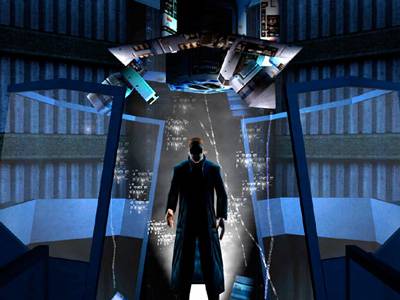 What really puts Deus Ex on a such a high pedestal though has less to do with its content or its depth, but more with the execution of both. The game throws fairly real decisions at you – grey-area moral choices that align with very amoral factions much larger than yourself. With each play through, it feels like the “good guy” can actually change, and your participation has real effects on how the storyline unfolds. It’s like a “Choose Your Own Adventure” hopped up on crack with explosive devices. Decisions early in the game greatly alter the entire flow as well as your character’s progression. 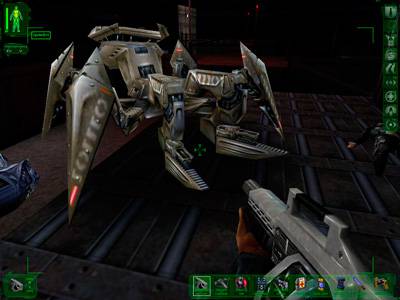 It’s sad that Deus Ex never got the sequel that it deserved – Invisible War was fairly well a miserable failure to anyone who had played the original game. Worse, its release was right at the time console porting became a way of life, and so the PC version was plagued with problems of a game clearly written for the Xbox. But even with those problems aside, it simply did not ever grab you with the same amazing story, depth, and development that the original did. Sadly, neither has anything else in recent time – BioShock is probably Deus Ex’s nearest living kin, and though a great game in its own right, it’s nowhere near the same.