Super Mario Bros. 3 – Because jumping that much HAS to be exercise

What retro list could NOT have this title? I’d put money down that this game is the most-desired ROM of any system on the whole of the Internet, followed maybe by Mega Man 2.

By all possible measures, Mario 3 is hardly “original.” In fact, it was by its release an incredibly familiar formula. Captured princess, koopas, eight worlds, yadda yadda… it was nearly textbook at this point. However, the addition of so many new suits, game mechanic changes and a hearty graphic update gave a completely new experience to the same old game.

Everything about Mario 3 was an improvement – from the addition of P-wings to escape difficult levels to Toad houses for goodies-on-the-go. All in all, it took a great formula and created arguably the best side-scroller of all time. Though it has been improved upon since and duplicated countless times, I can’t think of another game that “takes me back” to the days where gaming was an enjoyable series of timed button presses that was fun for everyone. In fact, I still fire up the old NES sometimes to take a few hops on Bowser’s head… and get the theme song stuck in my mind for a week after.

Meet Garett the footpad – witty, good with a bow, and really not cut out for a bar fight. Thief, another wonderful development from the team under Warren Spector (really, the list of games to his credit is ridiculous) redefines the First-Person experience with Garrett as the protagonist – namely, smash and grab turns to “swipe and run.” 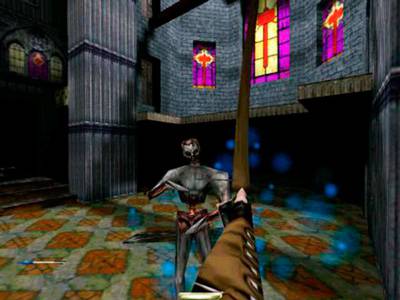 The greatest thing about Thief was its puzzle-like nature. Rather than powerups and massive firearms, you chose a limited loadout (that you had to purchase from previous profits) of goodies to hopefully get you and keep you out of harm’s way. If you did end up in a scuffle, you have just enough life to get away – once. However, It is quite possible to get through the game and steal every piece of loot without even so much as knocking out a guard. 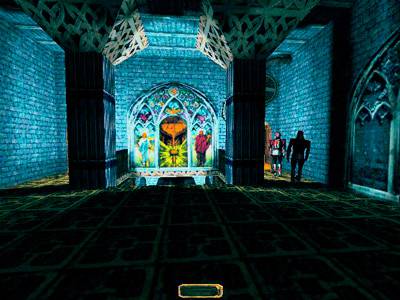 Thief worked hard to blend a little fantasy with a whole lot of reality, and pulled it off for pretty much the entire game. There really isn’t a spot where you can say “No, that’s not fair,” but there are quite a few points where you may need to carefully reconsider approaches. As a testament to design, though, there are always at least two ways through any one scenario.

If you’ve ever wondered what it’s like to be half-god and half-man, we have an answer: it’s a lonely world full of prejudice, lying people, dangers around every corner, and a few good friends. One of them takes orders from his pet hamster.

Baldur’s Gate II: Shadows of Amn dropped onto the scene from Black Isle Studios in 2000. It’s a Role Playing Game designed around Dungeons and Dragons. For most people, that’s enough to make it either an immediate buy or an immediate pass. But whatever your thoughts on D&D Geekery (personally, it made the game an immediate purchase to me), the game has a lot to offer. 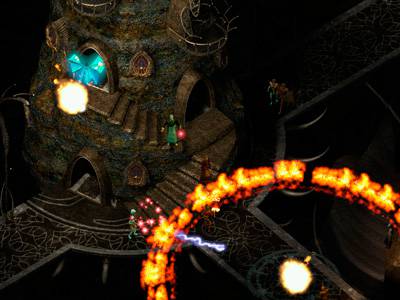 What makes BG2:SoA so amazing isn’t its pedigree (the original Baldur’s Gate was very, very well received) or its engine (which at the time was top-notch for an isometric view), but its characters. The people you meet along the way, both friend and foe, come alive as if in a great novel. Not only do they converse with you, but with each other and the outside world – each one with his or her own meanings, motivations and feelings.

Further, it’s possible to affect these very deep aspects over time by your own treatment of them, and what other companions they must spend their time with as they accompany you. Since each companion has different driving forces and different backgrounds, their abilities are of course quite different. But interestingly, so are all of their related jobs and quests, meaning that playing with different characters can make for a startlingly different game outside of the main story. 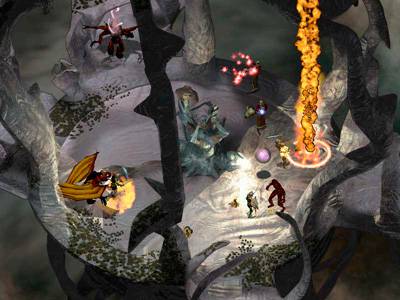 Though Dragon Age, Bioware’s recent attempt, tries to recreate this feel, it still misses on a number of fronts. I think a big part of this is the pace of the games – Dragon Age is a drumbeat to save the world, making you either feel lazy for exploring, or making time a non-issue and thus the pressing concerns feel forced. BG2:SoA is less about saving the world, and more about your character finding and developing him or herself. Pressing moments feel pressing, because not every moment of the game is. There aren’t many games that can be even more interesting by NOT telling you to do things this minute… or maybe that’s because they haven’t tried?