Page 3 – A Couple More and Conclusion

We’re almost to the end… and though I said that there was no order to the games, I have saved these last two for a reason. These two games are, in my opinion, the best ever released games on the planet for their respective types. Many will disagree with me here, and that’s great – I’d love to hear your choices. But hear me out…

Being an amnesiac sucks. But life gets better when a few good people happen to pick you back up and brush you off, and give you a cause to fight for… and a really, really big sword to do it with. 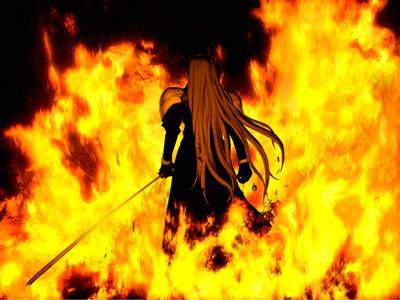 If you’ve not played FFVII, you’ve been under a rock. If you’ve not played any of the Final Fantasy series, well… you might be beyond help as a gamer. They all follow the same rough script and basic world mechanics, but they are not related games. Each one is essentially “teenager from small town saves world from danger,” but the who, what town, what world and what danger differs greatly.

Most of us who have played through much of the series recognize that the series has declined in recent incarnations, and hold up one of two clear “winners” – FFVI or FFVII. I, personally, liked the 3D, and loved the characters – something VI didn’t provide. 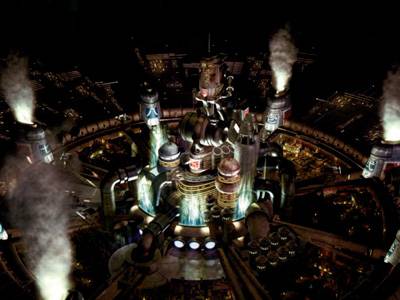 FFVII has a lot of something for every taste. There’s even a point where one can enjoy non-stop mini-games, including a snowboarding course. But at its root is an amazingly detailed RPG where your best characters can change by the minute and nobody is constrained to one role.

Even more than that, though, FFVII brings its epic world-saving struggle to life with character development that never happened in earlier titles. At many points in the game, you feel small compared to the suffering of the world around you, but there are balancing points of beauty and happy moments that make you connect to the world you’re saving.

FFVII was so gripping with its character development that one of my friends who is a big fan of the series threw his controller in disgust and quit playing when one particular character died. First he blamed the game mechanics, saying now there was no good healer. Over time, we found out that he had grown so attached to his team that he simply couldn’t play without that one character, despite the reasonable ease with which you could slot a different one in place.

The game is nowhere near as “sandbox” as it feels, but the linear progression in this case is a great thing because it’s paced well and allows for just enjoying the scenery. As you play the game, you get to watch the at-first simply misguided antagonist actually become evil, rather than starting off with some crackpot hell-bent to destroy the world. His pursuits create a domino effect that he himself doesn’t know what to do with, but he’s too overcome with desire for his ever-elusive goal to stop. Seriously, I’ve read worse classic novels.

Half-Life 2 – Who said physics was boring?!

Gordon Freeman: Scientist, world-saver, ass-kicker. The ultimate geek. The original Half-Life started the idea of a First-Person Shooter actually being a good story vehicle… though really not all that many actually lived up to it… but it took until Half-Life 2 for Gordon (and his amazing story) to really come into his own. 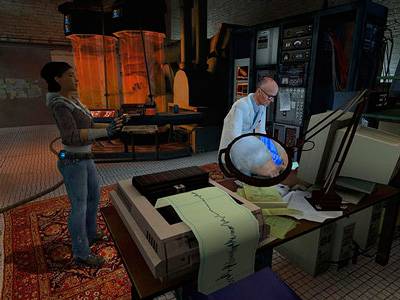 HL2 has toys – lots of toys. Some really neat firearms, some things better suited for different environments. But in all honesty, despite playing through the game several times (and being partway in it again), I couldn’t tell you what they are except as tools. Tools, and the gravity gun. The game does such a good job of imparting survival into you that you almost forget there’s armament until whatever you’re using runs out of ammo. There’s simply way too much going on around you to worry about what you’re shooting with. And if there’s not, you feel like you got away… for now. 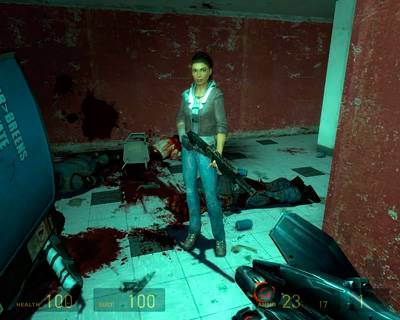 I could talk about how HL2 has a great cast (notice the word choice), a great script, or a beautiful graphics engine that still puts a lot of newer games to shame… but that’s not giving the credit where it’s due. What’s amazing is how simply everything inside HL2 elicits some type of feeling. Whether it’s the concentration-camp feel of City 17, the gut-wrenching fear when you run out of precious ammo in Ravenholm, or the dizzying pace of survival riding on rafts and go-karts, you can’t help but feel something.

Sometimes, that something is just uncomfortable, fearful isolation… you against an overrun world. There’s really no compliment I can give a game higher than that. Art elicits feeling, and to me the argument of games vs. art ended the minute I cringed in my living room as I walked into a derelict apartment building to see how people were living.

I hope you’ve enjoyed a rundown of some of the best games ever made. I know there are probably a whole bunch of them on your list that I’ve missed – and I’d love to hear them. But whatever ones you liked or hated on my list, one thing is for sure – there aren’t a lot coming out right now that could hold a candle to these great games.

Looking at my list, it’s pretty easy to see why – five out of seven are because of their character development and scope, one is because of its sheer ingenuity, and one is because of its complete improvement upon every aspect of a classical formula. Outside of Splinter Cell and Prince of Persia redefining their game mechanics, there’s not much of any of that going on.

Of course, my list lacks one area altogether – multiplayer. I’m a fan of the single-player experience, so I’ve left these off my list. So, feel free to add a few as you discuss this article in our forums!