The Rebirth of PC Gaming – Bring on the Modders!

by Jamie Fletcher on August 22, 2012 in Editorials & Interviews

The importance of modding in PC gaming shouldn’t be understated, but at the moment, it’s not big business. For that reason many developers shun the idea of awarding its customers with robust modding tools. What could be done to change that, and better PC gaming as a whole? Let’s explore the possibilities.

What is it that makes PC gaming so addictive and enjoyable after all these years, despite the craze of consoles? Is it the graphics, being able to play at high resolutions, the multi-monitor support – or is it the simple things like having a mouse and keyboard? Before you answer, look back at some of the more successful PC games of the past few decades – what did they have in common? It was all about the mods.

Think back to the days of Unreal Tournament or even Unreal, and then look at the modding community behind them. The replay value from these games was monumental. The Diablo series, The Elder Scrolls, Fallout, Civilization, and even games without dedicated tools have had increased longevity due to the dedicated community behind them. Consoles try to emulate this with titles such as Little Big Planet, but that was a game dedicated to community creativity.

This isn’t a new revelation. It’s something that’s been instinctual to the PC community for a long time. Occasionally we have to remind ourselves of this. A game’s life is more than the release date and first month of sales (sorry publishers; it’s true). A terrible game can be made infinitely better with a strong community behind it. 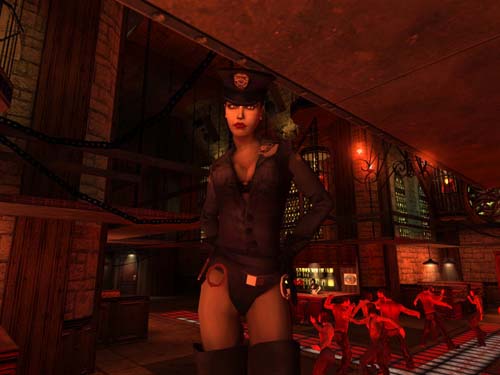 A game near and dear to my heart is Vampire: The Masquerade – Bloodlines. The developer (Troika) was doomed on the day of release, filing for bankruptcy shortly after; yet to this day a strong community has kept the game going. Fixing things, enhancing things; this is the kind of dedication that can only be possible with PC games. There even comes a point when a game developer releases the source code to the community (or at least to certain individuals in the community), allowing the game to continue development long after release (as happened with the UFO reimagining series, UFO: Afterlight). 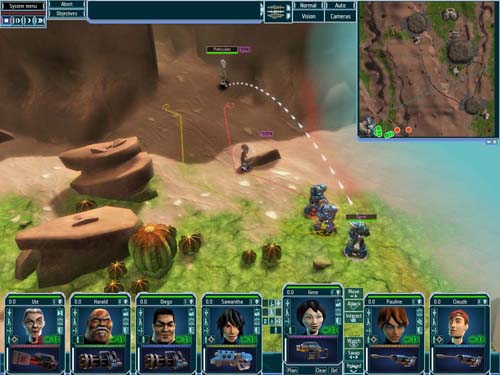 When a game developer embraces the modding community and releases development tools dedicated to it, the original game can take on a whole new meaning. Events changed, story evolved, new characters embraced, bugs squashed, combat balanced – even entirely new games can be bolted on. It is this community that has nearly been obliterated, almost forgotten through digital restrictions, DRM, copy protection, and a blatant disregard for the community – the developer and publishers’ customers.

Yes, I may be preaching to the converted, but sometimes you need to slap people in the face to get them to wake up and see what’s in front of them. Games are about entertainment, but the only entertainment so many companies are providing these days is ineptitude at capitilizing on what customers want. 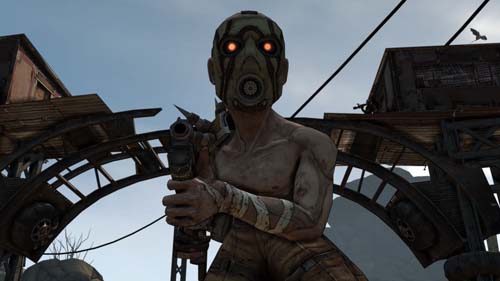 Downloadable content (DLC) can be a very good thing. Of course there is a right way and a wrong way, but at least they try. When done right, DLC, expansions and patches can reinvigorate the lost love with a game. An excellent example of this is with Borderlands. The Zombie Island of Dr. Ned, Secret Armory of General Knoxx, Mad Moxxi, and Claptrap’s Robot Revolution were all great expansions for the original.

However, it’s not so great when you nickel & dime everyone with silly overpriced cosmetics – retextures of existing content sold at two bucks a piece (I’m looking squarely at you – The Sims). It’s this content that should belong to the community and be produced by the community. This is how games like Second Life still exist today, with a strong community behind it. 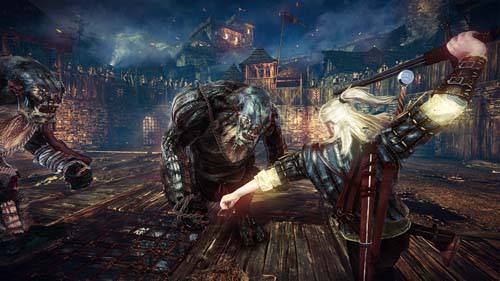 The recent announcement by CD Projekt Red to introduce new modding tools for the community, called REDkit, spurred both my imagination and a long suppressed rant in the making. Bethesda (and Obsidian) have a near and dear place in my heart for its commitment to the modding community. Epic’s extensible Unreal engine and games. Developers that release even simple tools like level and map editors. Community-driven sites such as the Nexus network for allowing modders to collaborate. Finally, there is Valve’s Steam and Steamworks platform – it’s all of these that drive PC gaming.

These mods do not just benefit gamers themselves, but benefit the entire industry. How many stories have you heard where prolific modders have created something so monumental, so inspiring, that it makes the main developer sit up and take notice – often resulting in the mod being spun off into its own stand-alone game. 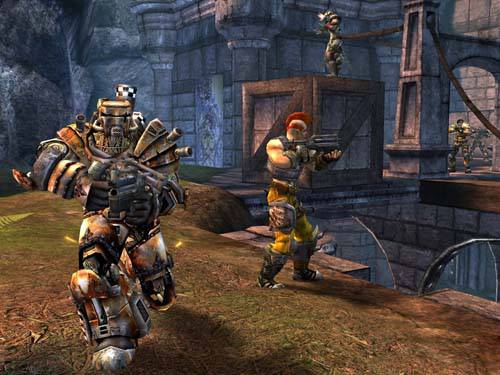 The recent DayZ mod for ARMA II. There are instances with games such as Unreal 2003/4 when mods had been integrated into community expansion packs where the lead developers helped and spruced them up with professional voice acting and tweaking- all part of the NVIDIA sponsored ‘Make Something Unreal‘ contest. It doesn’t take much stretch of the imagination to realise that these modders are the next generation of game developers. 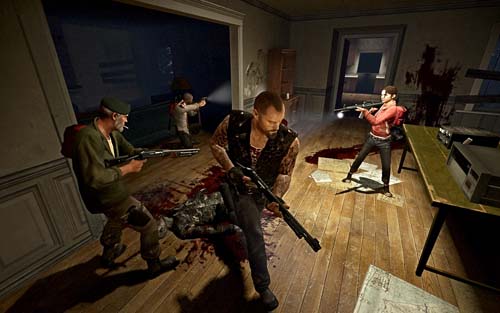 Take a gander through Valve’s portfolio and read up on the history behind some of its games – you’ll find a number of surprises. Counter-Strike started as a mod for the original Half-Life. Team Fortress started as a mod for Quake. Ricochet, another mod for Half-Life. Alien Swarm, a mod for Unreal Tournament 2004. Defense of the Ancients 2 (DotA2), a stand-alone sequal to the original DotA mod for Warcraft III. While not strictly a mod, Portal was based on a college project called Narbacular Drop, with Valve hiring the team after. 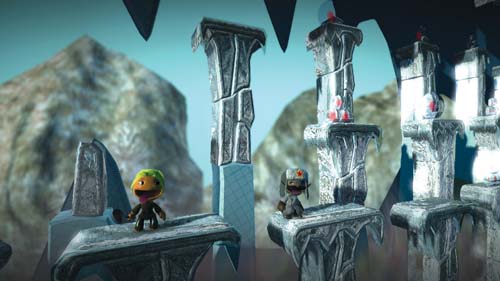 But not all modders work on good-will alone; often they are spurred on by incentives, financial or otherwise. Little Big Planet ran a pilot scheme where successful level designs that have become popular allow the creator to sell their later creations to the community. While many may not agree with this, I personally think this was a great opportunity for the gaming industry, and not just for PCs.

There also comes a point when mods conflict with core developer and publishing strategies regarding downloadable content. Why offer something for free when you can charge for it? I say, why not turn it around. Let modders create their content, allow them to sell it as an extension of core services and let the developer take a cut of the proceeds. Let people use these games as a means of both enriching and profiteering. Let modders sell their mods.

I can see the rage now building in certain individuals, but hear me out. Steamworks offers something truly unique. A large amalgamation of thousands of types of mods, enhancements and other features that can be bolted onto 1000s of games, with an existing filtering process. All that needs to be handled is a payment processing system – and what do you know, Valve provides that. Now, because these modders build on an existing system, one developed in a professional capacity, they should not be able to charge purely for their work. This is why you allow developers to take a cut. Not only do these modders get something out of it, the developers do, Steam does, and the community gets to support their favourite modding teams. 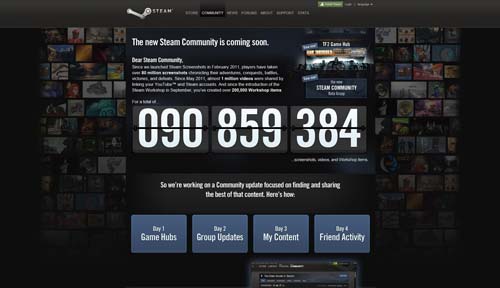 PC gaming and the community that Valve’s Steam platform has helped build, is in the perfect position to allow this. Ask yourselves, have you ever come across a mod that you have either paid for, donated to or wanted to pay for? Maybe it’s about time someone capitalised on this – and no, I’m not inciting an excuse for 150 publishers to require people to sign up to exclusive services and all the possible security breaches thereafter. Sure, I may be biased towards Steam; at least it has the community and tools in place to accommodate such an endeavour. Steam is already integrating the community by letting them vote on the next big release.

Building on this endeavour may prove to be a slippery slope. Developers may find themselves in a position whereby they can rely on the community to enhance the core gameplay experience. A game that’s all glue and no core, a cake that’s all icing. How does one create a balance between the core game and the user-generated content? Just as exciting as some mods can be, not all players are interested in using them. Fewer still will ever be interested in creating mods in the first place. A game must be able to stand on its own.

Why the concentration on mods though? If these people are producing enough quality content to charge for it, why don’t they just create their own indie title? Simple, creating a mod is not the same thing as releasing and supporting your own title. Modding is an invaluable stepping stone before diving head first into your own indie game. Sometimes, the desire is to break into the industry and a portfolio of work is needed. You have to start somewhere. There are different skill sets to consider. Modelling, textures, physics, shaders, A.I., audio, core gameplay mechanics, design, story and writing. Creating games requires a very diverse skill-set.

In the end, it’s the players, the customers, that decide whether something is a success or not. So I ask you, would you pay for mods?