The Steve We’ve Lost: A Quick Look at His Accomplishments

by Brett Thomas on October 6, 2011 in Editorials & Interviews

The technology industry has just lost one of its most innovative, influential and successful people; Steve Jobs. Whether you’re a fan of Apple and its products or not, it’s almost assured that you’ve been affected by some of the accomplishments Steve has made – some of which we’d like to recap here.

“All that we are is the result of what we have thought. The mind is everything. What we think, we become.” – Buddha 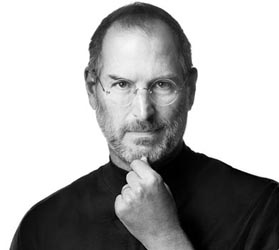 Steve Jobs, the co-founder of Apple Computer, Inc., passed away last night (Wednesday, October 5th, 2011) – less than two months after his resignation as Apple’s CEO. The company has released a statement stating that Steve’s long-time battle with pancreatic cancer was the cause.

Jobs has been considered legendary in the technology industry ever since his founding of Apple with Steve Wozniak, bringing a unique flair and sense of personality to an otherwise very lock-step industry that seemed hell-bent on chasing after IBM. Though his artistic and consumer-based ideas for the company succeeded wonderfully, an industry-wide lull in sales and difficulty with his other Apple team members caused Steve to leave the company for a time in 1985 and instead start a new computer company called NeXT.

Not all that many people have heard of NeXT (or even realize Jobs had left Apple for more than a decade), but even that startup turned into a tremendously important moment in computer history. Originally, Steve created the company to serve the educational workstation market that Apple had given up ground on. However, the cost of the workstations were too large for the market to bear, and NeXT began to instead focus on Steve’s software goals – including email that could allow pictures, sound, or even video. These ideas, considered impossible at the time, became the foundation for what would become the Internet as we know it.

NeXTMail eventually became part of the OS NeXTSTEP, which was historic for multiple reasons including being the first OS to offer object-oriented programming, and the very first Web browser ever. For you history buffs, a NeXT Workstation at CERN was also the very first webserver on the World Wide Web. With Steve’s vision now turning into reality, Apple bought the company back up with the last of its languishing cash reserves that had been depleted during his absence, and placed him back at the top as CEO. 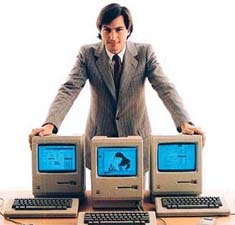 The rest, as they say, is history… and history that we all know well. Apple has grown to be the largest market-capitalized company in the world for the time-being, and the vision of Steve Jobs has touched nearly every aspect of consumer life. From MP3 players to the Internet to the programming languages that tie them all together, his “consumer only, not first” concepts have revolutionized and mainstreamed technology.

Whether loved or hated, all of technology will forever owe a debt of gratitude to Steve Jobs. NeXT helped create the World Wide Web. The iMacs and MacBooks pulled computers out of the back office and into front-room aesthetic planning, something that every modder can appreciate. The iPod pulled music out of the dark ages and made us reconsider portability altogether, bringing to light not just incredible convenience but also consumer rights and awareness (which Apple then helped defend). The iPhone made carrying the world in your pocket not just a possibility, but an everyday reality.

Steve Jobs made technology cool and turned geek into chic – and that will never be forgotten. Rest in Peace, Steve… and, thanks for everything.